think3D 3D Prints Learning Aids for the Blind in India

For those of us who can see, it was a big step in visualization to go from 2D technical drawings and blueprints to digital 3D models made using CAD. With 3D printing, it was another, albeit smaller step, since those virtual 3D models could now be made in the physical world – not just to visualize, but to touch and feel as well and, thus, adding a dimension of tangibility to our creativity. But what about for those of us who cannot see? Have such technological advances made the world a better place for them?

For the partially or completely blind, 3D CAD models on a screen are of absolutely no use. Without their faculty of sight, such virtual visualization is meaningless to their imagination or understanding. The blind tend to ‘see’ with their fingers. For them, their sense of touch is fundamental to comprehending the outside world. So 3D printing – a technology that essentially converts the virtual into the real and transforms the imagination into something you can hold in your hands – is as much a revolution for those of us who can see as it is for those who cannot.

There have already been several instances and applications wherein 3D printing has been used to help the blind ‘see’, from tactile sheet music, 3D scupltures, buildings & maps, to yearbooks, to even a new way of ‘finger-reading‘. This latest one comes from think3D, an Indian company that provides a platform for 3D printing services, sales, and education. They 3D printed educational aids for the visually-impaired students enrolled at arguably India’s (and quite possibly the world’s) largest school for the blind, the Devnar Foundation. 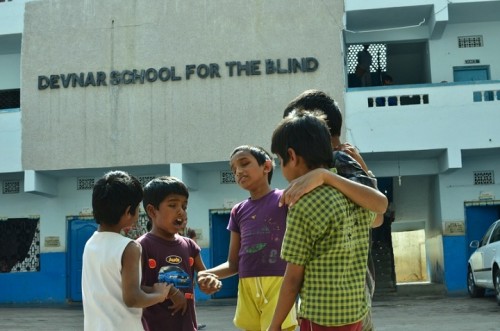 R. Parameshwaran, a physics professor at the Devnar School, explained the need for such an initiative, “For normal children, we can easily explain (a concept) by drawing a picture on the board. They can see and visualize it. But blind children can visualize only by touch. We do have a few visual aids in the laboratory. Those are bulky, non-portable and are prone to damage easily. Moreover, creation of such visual aids is an expensive proposition. So, we are commissioning such models for very important concepts like the Blood Circulation System. If we can get highly portable and durable models at low cost, that will be a huge benefit for these students.” 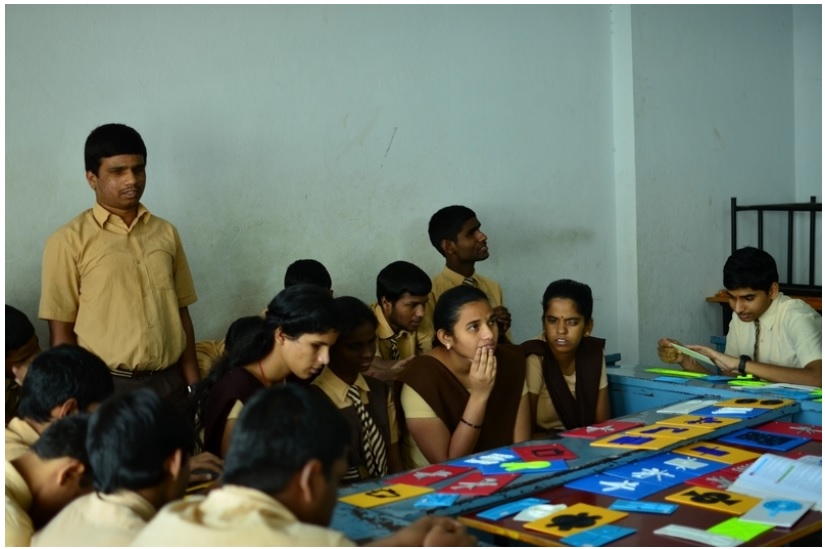 This is where one of the founders of think3D, Prudhvi Reddy, came to discuss the potential of 3D printing such models with a founder of the Devnar Foundation, Dr Saibaba Goud. As Reddy says, “We explained 3D printing technology to him and how it can be used to create 3D visual aids. He became very interested in this whole project, assigned a faculty member as our point of contact and supported us all through.”

think3D then spent over 45 days digitizing and modeling diagrams found in high-school science textbooks, particularly those in physics and biology. Their small, low-cost, portable and durable models were loved by teachers and students alike, who were quick to point out the effectiveness of such models. 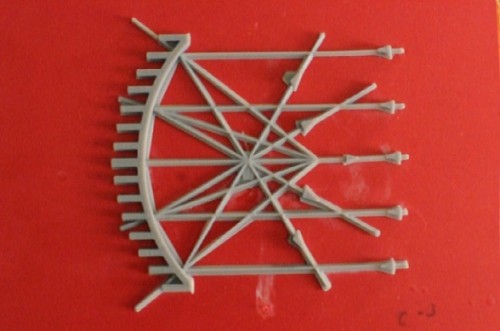 “This is a 3D printed model which is made of plastic, I think. If we touch and see this for many times also this will not spoil, and, it’s seems to be a long-lasting one,” said one student.

“Initially it was a bit difficult for me to explain to these blind children how the ray of light passes straight through the lens, but now with these visual aids it has become much easier,” said a teacher whose student concurred with his experience using the 3D printed aids.  In reference to the image above, the teacher explained, “This is a light ray hitting the lens and reflecting back. I can visualize which ray is coming from the right, which one from the left, which one is parallel and which one is perpendicular.” 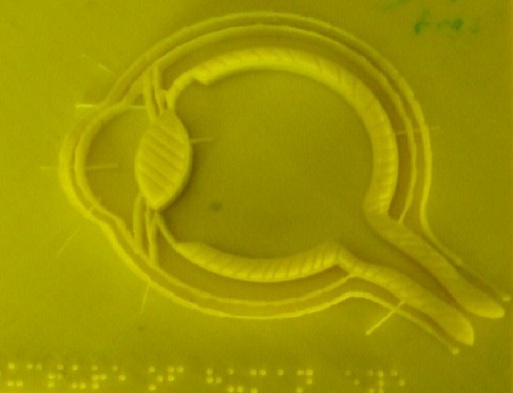 Reddy was also pleasantly surprised to see that some of the students “could touch the 3D printed human eye anatomy (model) and instantly recognize the cornea.”

In the future, educating blind students using 3D printing could move beyond just the visual aids that think3D has pioneered in India. It could give them a chance to realize their creativity like never before. More than just absorbing information by touching, they could learn to create and 3D print their ideas. What a thrill that would be for their fingers. Besides, who knows how unusual and unique their designs could be. They, who have never seen but only touched, would create from an unconditioned, untouched imagination.