I won’t bore you with a lame introductory paragraph about how 3D printing continues to amaze me.  Medical applications of 3D printing rule.  Check this out: a 54-year old woman is recovering in Tangdu Hospital in Xi’an, China, after doctors successfully implanted a 3D printed titanium alloy sternum. 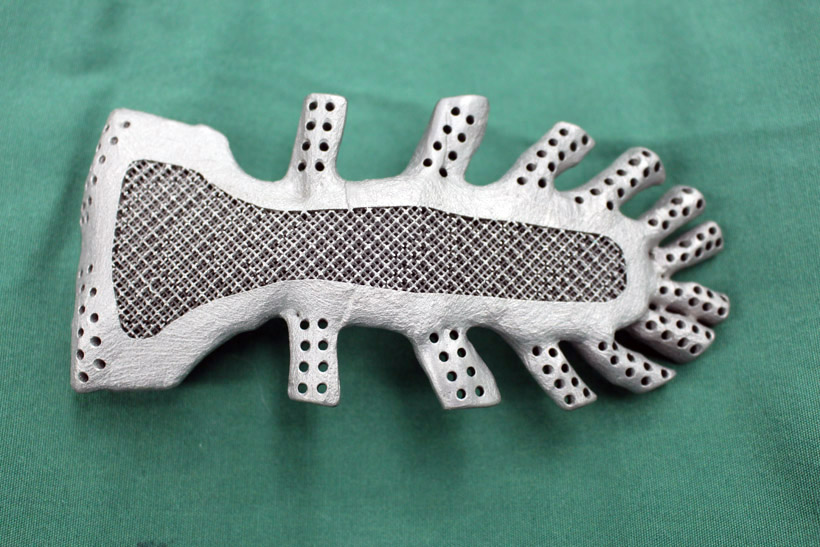 Last year, Mrs. Gu, who is from Luoyang City in Henan Province, began having chest pains and noticed an unusual mass on her chest.  She went to several doctors, ultimately discovering that she had a tumor growing on her sternum.  She was referred to Dr. Wang Xiaoping, a senior thoracic surgeon with Tangdu Hospital.  Gu’s tumor was 6 to 7 centimeters in diameter, causing her to have shortness of breath and severely impacting her appearance.  As a result, doctors advised the removal of her sternum.

“If the chest bone is resected, the heart area loses its ‘protective’ walls,” according to Dr. Xiaoping. “With traditional surgical resection of the substernal, patients cannot go to crowded places or even embrace loved ones, and patients with serious conditions may faint.” The sternum covers and protects our hearts, so, as you can imagine, losing it would have disastrous consequences.  The doctors began to plan out a solution using 3D technology.

As soon as risk assessment was finished, Ultrasound Diagnostic Department Professor Cao Tiesheng and his 3D printing team began the process of creating a 3D model of Mrs. Gu’s tumor. Because of the small and irregular geometry of the tumor, discerning it’s exact 3D shape was challenging.  They began looking for women with a similar bone structure, height and weight to stand in for Mrs. Gu.  After a few matches, they collected the chest data of the selected women and began the process of combining it with the chest data they had of Mrs. Gu.  After a few weeks, they finally had a 3D model of Mrs. Gu’s sternum. 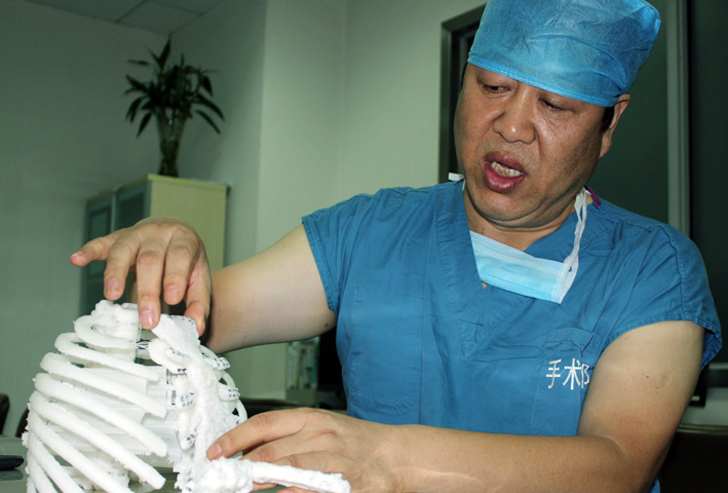 Professor Cao Tiesheng and his team made a 1:1 scale 3D printed plastic model to verify that the data they collected was accurate and suitable for production of a 3D printed titanium sternal model.  The 3D printing team from Tangdu Hospital contacted the State Key Laboratory of Solidification Processing, from the School of Materials Science and Engineering at Northwestern Polytechnical University, and commissioned the fabrication of the 3D printed implantable titanium sternal model. 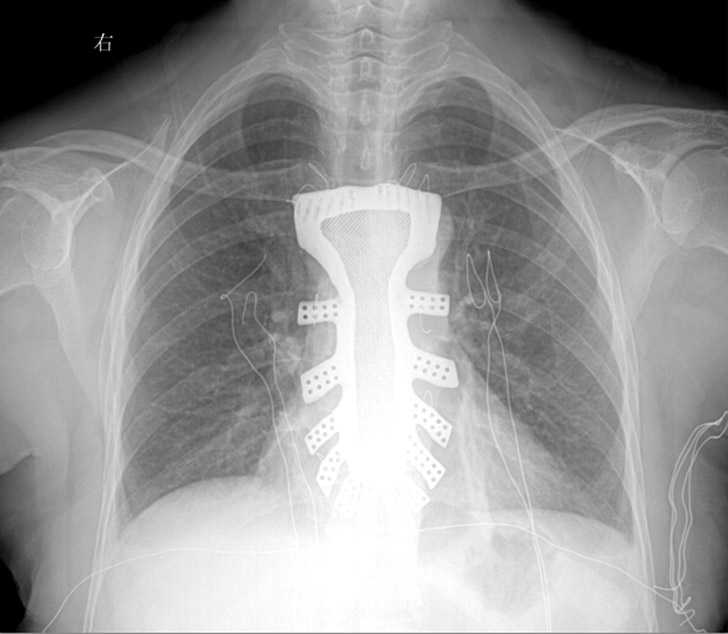 Once they received the titanium implant, the team prepped it for surgery, and on June 22nd, the piece was implanted.Mrs. Gu has been recovering without any complications and we all wish her the best.