The last time we reported on the German automotive engineer EDAG, they were developing the Light Cocoon concept vehicle, a bionically-optimized vehicle with algorithmically designed 3D printed parts. Now, EDAG is collaborating with Bosch to develop the “Soulmate”, a new 3D printed concept vehicle that aims to revolutionize the connection between driver and car. Officially launching at the 2016 Geneva Motor Show, which takes place the March in Switzerland, EDAG and Bosch have designed a 3D printed concept car that has a sleekly beautiful outside and highly intelligent interior. 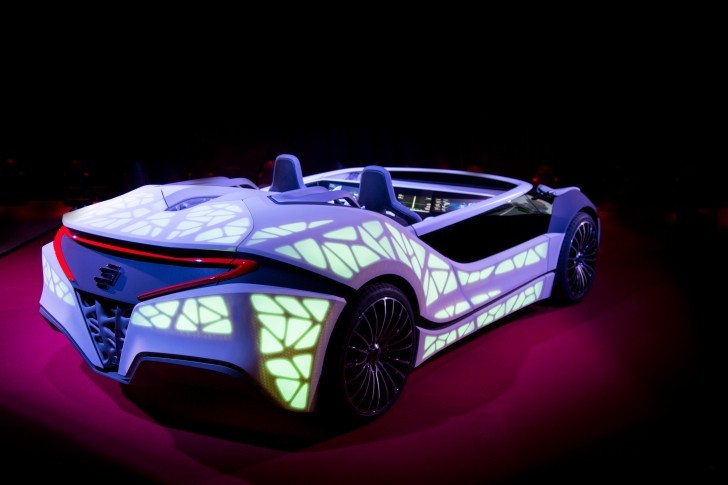 Much like their previous 3D printed concept vehicles, which started with the Genesis concept back in 2013, the Soulmate is generatively designed to create topologically optimized structures. This showcases the vast potential for future lightweight automotive design, as the algorithmic design enables EDAG to minimize structure down to the bare necessities. The exterior body of the Soulmate represents a bionically-inspired skeleton structure, which helps to give the lightweight and stable body an impression of sleek design, as well. Although the exterior is sure to catch your eye, it’s what is inside the Soulmate that truly makes it a one-of-a-kind concept. 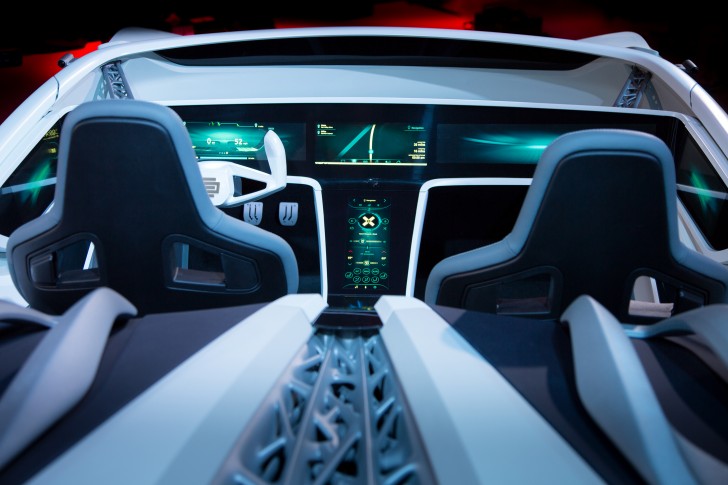 Utilizing the system developed by Bosch, the driver will be completely integrated into the ‘Internet of Things’. The interior is equipped with touchscreen displays that surround the driver, which will help the driver do anything from navigate through traffic to remind them of their daily to-do-list. With just a touch or simple gesture, the driver will be able to communicate with and be guided by the smart car. The Soulmate will also allow full access to online services and smartphone apps, transforming the traditional idea of a vehicle into something that is fully immersed into your life. 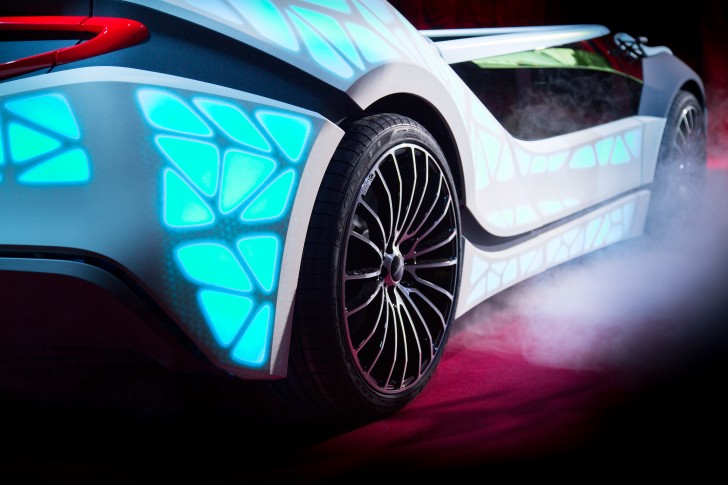 The 3D printed bionic, fabric-covered structure enables the Soulmate to visually communicate with both the driver the rest of the road as well. For example, the luminous outer skin can alert other drivers of potential road hazards or traffic jams, or even let the driver know when someone is in their blind spot by having the interior flash red. In an increasingly digital-dependent world, EDAG and Bosch are hinting at a future where our smartphones extend out and fully immerse our vehicles and the outside world. Mixing an intelligent system with with an computer-generated design, these two German companies are forcing us to face a future where our vehicles will be even more intelligent and capable of interaction as we are.