Suspect in Brutal Murder Convicted with Help of 3D Technology

Of all the potential applications 3D printing and scanning technologies were expected to have, their use in forensics was probably among the least anticipated. But, in the last few years, these 3D tools have been unusually effective in helping to conclusively convict suspected criminals. As crimes become increasingly complex, it becomes all the more difficult to convict those responsible and prove them guilty without doubt in a court of law. So, suffice it to say, as several recent cases have demonstrated, with 3D technologies, the long arm of the law just gets longer.

The most recent example is found in a crime that occurred near Birmingham, UK. Over a year ago, Lorenzo Simon was suspected of brutally murdering his tenant, Michael Spalding, and covering up his tracks by dismembering and disposing of the body. Using a saw, knife, hammer, and chisel, the suspect was thought to have chopped up the victim’s body, trying to burn some of it in a bonfire, packing it into two weighted suitcases and dunking it into the Birmingham Canal. Last month, with the help of the West Midlands Police and the Warwick Manufacturing Group (WMG), Lorenzo was sentenced to life in prison.

Why was the Warwick Manufacturing Group (WMG), an academic department of the University of Warwick, involved? Given the extent to which the murderer had gone to dispose of the body, post-mortem examinations could not clearly identify the cause of death. It would also be difficult to demonstrate to a jury the nature of the events. But, with high-end, 3D scanning technology and expertise available at WMG, bits and pieces of the evidence were put together. 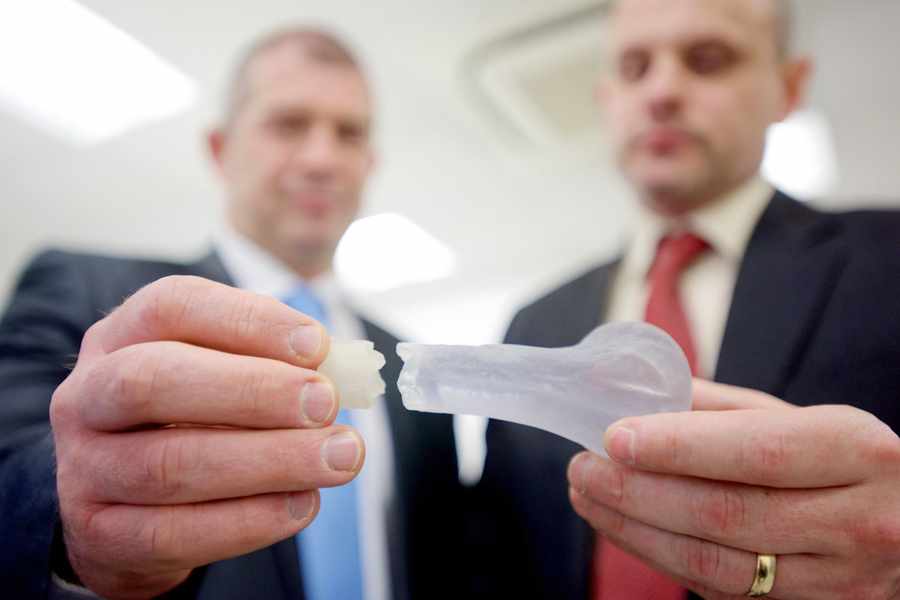 The scanning technology, also used in aerospace and automotive industries to study catastrophic failures at the micro-scale, has a resolution 43,000 times greater than regular CT-scan imaging. It proved beyond doubt that a charred piece of bone, found in an oil drum in the garden of the accused, was a perfect fit to a limb found in one of the suitcases. It also showed in detail, as minute as half a hair’s breadth, the cuts on the bones caused by the serrated edge of a saw. Nine pieces of bone were scanned and pieced together digitally. All of the 3D digital scans were then displayed on a 3D virtual reality wall for investigators to examine in depth. Finally, replicas of the bones were made by 3D printing and used to demonstrate the evidence in court. 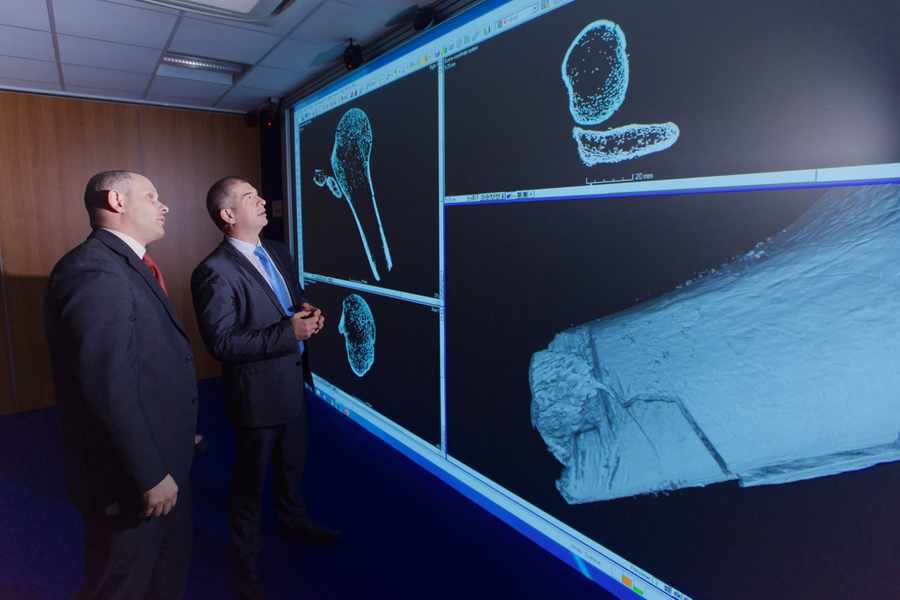 “This combination of micro computerized tomography scanning, 3D printing and 3D virtual reality truly makes the process a UK first.” The other advantage here is that 3D scanning and printing from digital models can be done non-invasively, without damaging or affecting the actual evidence which is crucial to any case.

This is not the first time WMG has helped the West Midlands Police in a criminal investigation. They have worked with them on four cases till now, three of which were murder trials.  It is part of the academic departments’ efforts in providing innovative solutions to any industry, be it through research, education or collaboration. They also have a strong commitment to 3D technologies and have a dedicated Additive Layer Manufacturing Group that works on cutting edge applications for these technologies.

As for the forensic industry, 3D printing and scanning have tremendous scope. They can be and already are being used to rebuild crime scenes and accidents, recreate 3D footprints and fingerprints, for facial reconstruction and identification, and for forensic pathology. Quite incredible, when you consider that, about a century ago, all detectives had was a small magnifying glass.