In a global scenario that sees several companies getting closer to offering desktop color 3D printing, the first to hit the market with a real multicolor, 3D printing-capable extruder might be Israeli company Something3D.

ST3D, Israel’s largest producer of desktop 3D printers, made news last year by releasing a quadruple extruder 3D printer for its larger size (30x30x34 cm) second generation system. The new, full-color hardware is similar to these systems, except that it enables printing of CMYBWTM (Cyan, Magenta, Yellow, Black and White) filaments through a single, patent pending nozzle, which prints the object’s outer shell in a full color texture at 500 micron resolution.

“We were very proud to announce yesterday the release of the first, full color FFF 3D printer,” says the company’s co-founder and CEO Itzik Molcho. “The STD3 Chameleon is a full package of innovative hardware, software and user friendly GUI, enabling users to print their models in full color, including intricate textures.” 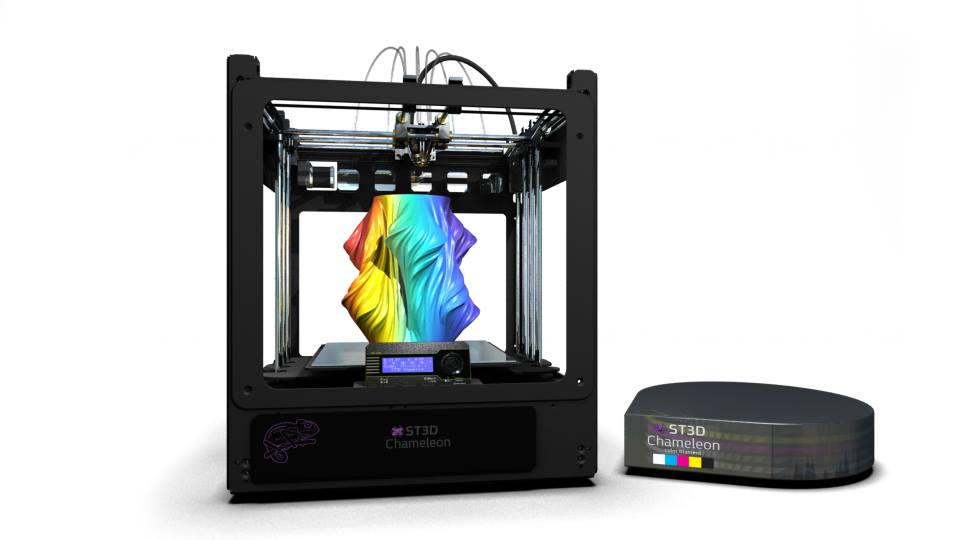