3D Store Catania's Answer is 3D Printing in the Wind

These days, I am spending some time in Sicily, in Catania. I came here to isolate myself and work, while basking in the sunshine. Unfortunately, January is cold over here, too. It has been raining a lot and, to top it all off, Etna, the 10.000 ft active volcano that the city sits on, has just begun erupting again. Only, we can’t see it because it has been shrouded in clouds carried around by the strong winds.

These same winds are the reason why the 3D Store, Catania’s first 3D print shop and service, opened up last June. The store’s founder and owner, Simone Smedile, together with his wife, Lorena Greco, was working as a wind turbine technician when he first found out about 3D printers. 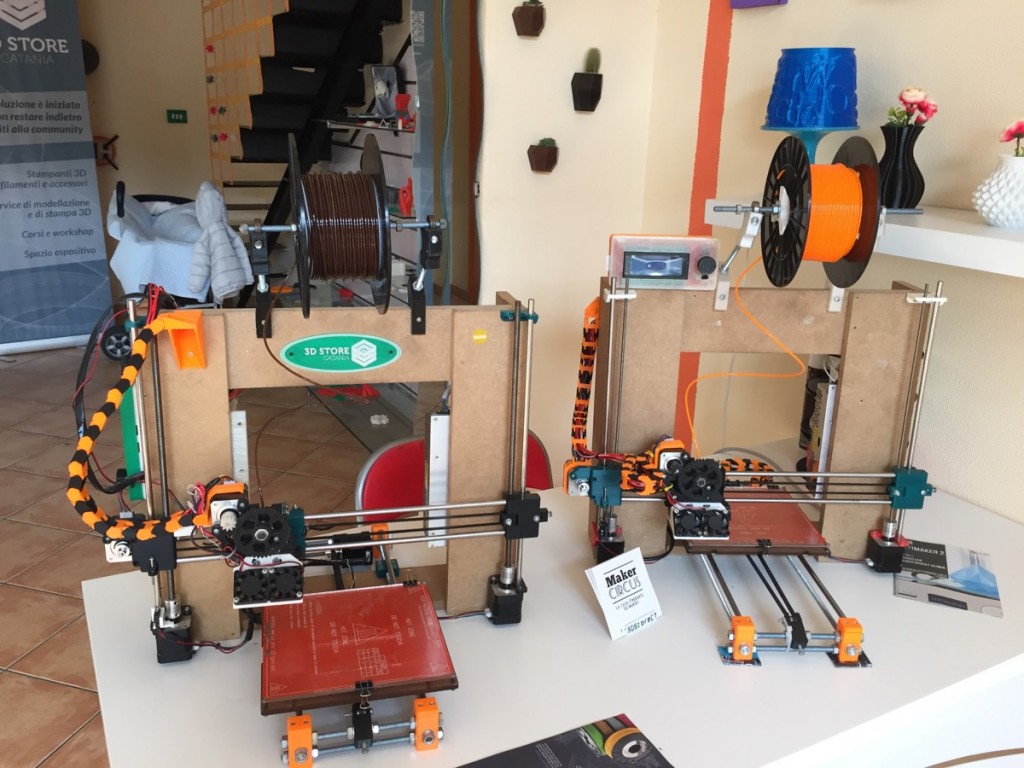 The first 3D printers he encountered were being used as prototyping systems for the turbine components that he mounted and installed. Having glimpsed the possibilities afforded by Stratasys’ professional systems, Simone immediately bought one of the first low-cost printers he came across, as soon as it became available, and started playing around with it. Then, he decided to invest in the future. The result is the 3D Store.

“I started playing with 3D printers,” explains Simone, “and, based on the fact that, in Sicily, people tend to generally wait in embrace new technologies until they can see them first hand, we decided to open the store to allow more people to familiarize themselves with this new technology.” The 3D Store was opened in July 2014, shortly after the first FabLab appeared in the city, and, from the outset, Simone has been working full time on spreading the knowledge of these technologies. 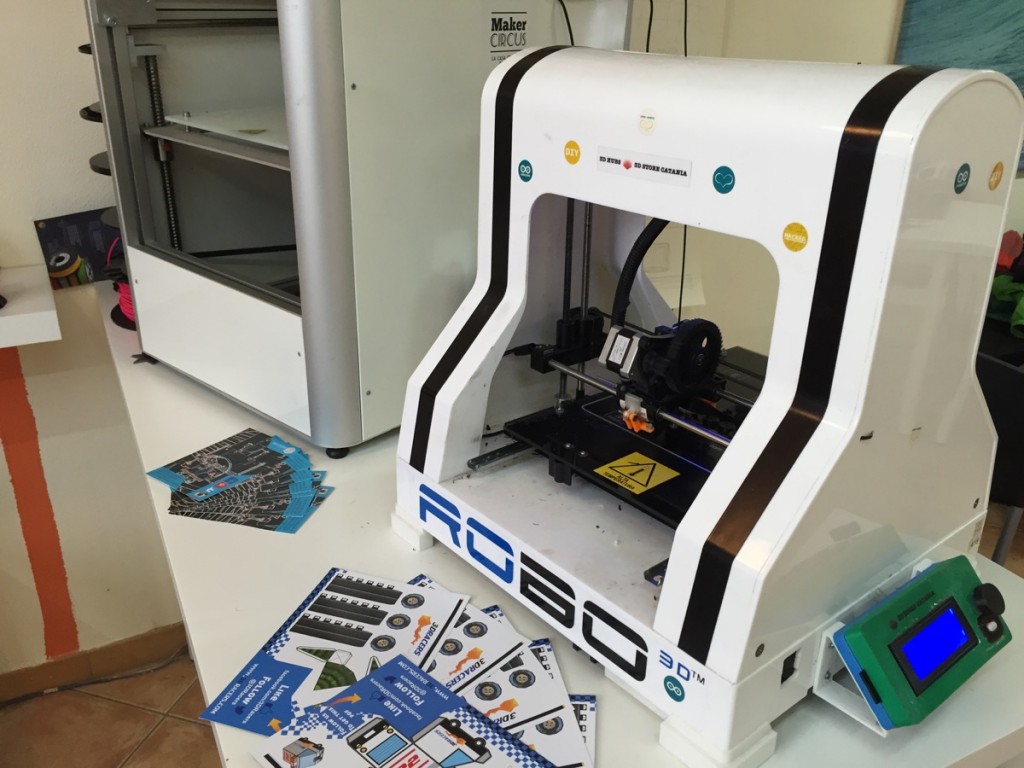 The initiatives they have been carrying out vary from courses in robotics, in collaboration with the local hackspace, to the production of gadgets and even small works of art. The shop sells DIY 3D printer kits and offers replacement components. Above all, however, it tries to offer affordable prototyping and 3D printing services to local realities. Simone and Lorena also work in close contact with local universities and institutions to promote various initiatives related to 3D printing and robotics, in general.

Recently, they partnered with with the Archimedes Technical Institute of Catania – who won the world championship of robotics in 2013 – in organizing a conference on the applications of 3D printing, and robotics in general, in the medical field. In the presence of local organizations, they presented several initiatives, from the production of a low-cost prosthetic hand project to FabLab Catania’s Dr Jack, previously covered on 3DPI. 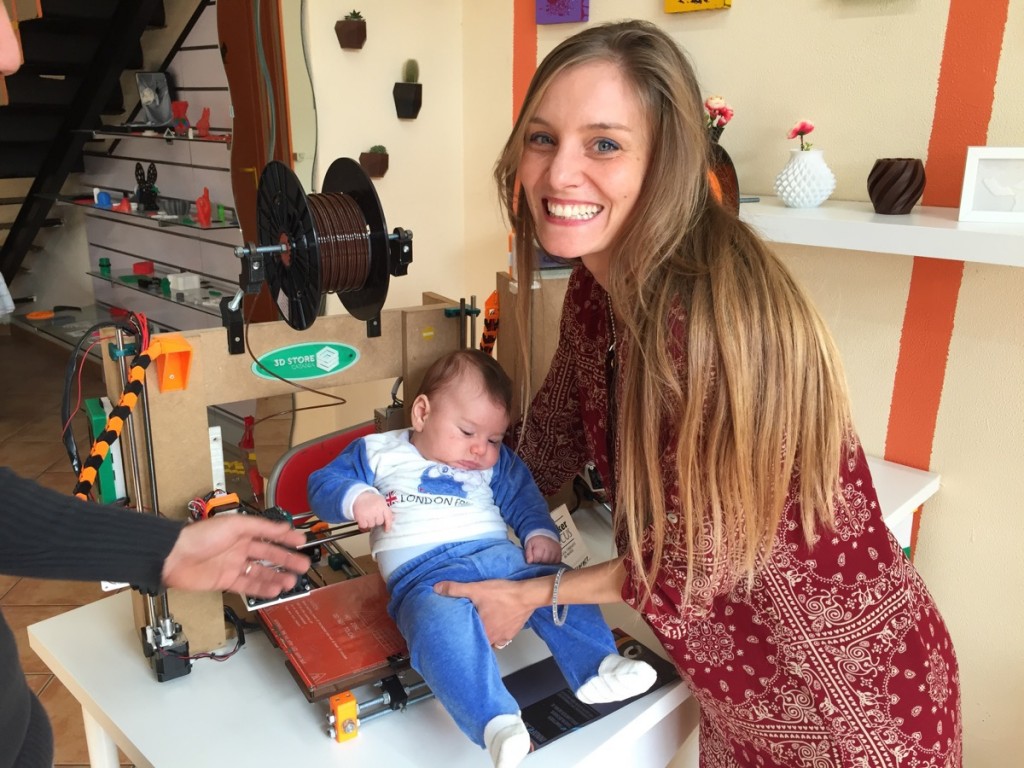 Visiting the store, Simone’s passion for 3D printing is palpable. Inside, you will find two RepRap printers (built with many different 3D printed components), a Leapfrog Creatr, and a Robo3D. Yet the 3D printers are just the beginning. The entire store offers many clear answers to the classic question “what can I do with a 3D printer?”

Looking around, you can observe small, 3D printed vases hanging on the wall, 2D hand paintings with 3D printed parts protruding outwards, 3D models for a local architecture studio, and several beautiful statuettes 3D printed and finished in color. On the shelves, you can see necklaces and bracelets, as well as tools and toys of many kinds. There are also several 3D printed robots, including a drone built by Fabrizio Zerbo, a maker and professional dog trainer that is Simone’s Partner on the robotics courses (and founder of the 3Dpet.it customized pet tags online shop). 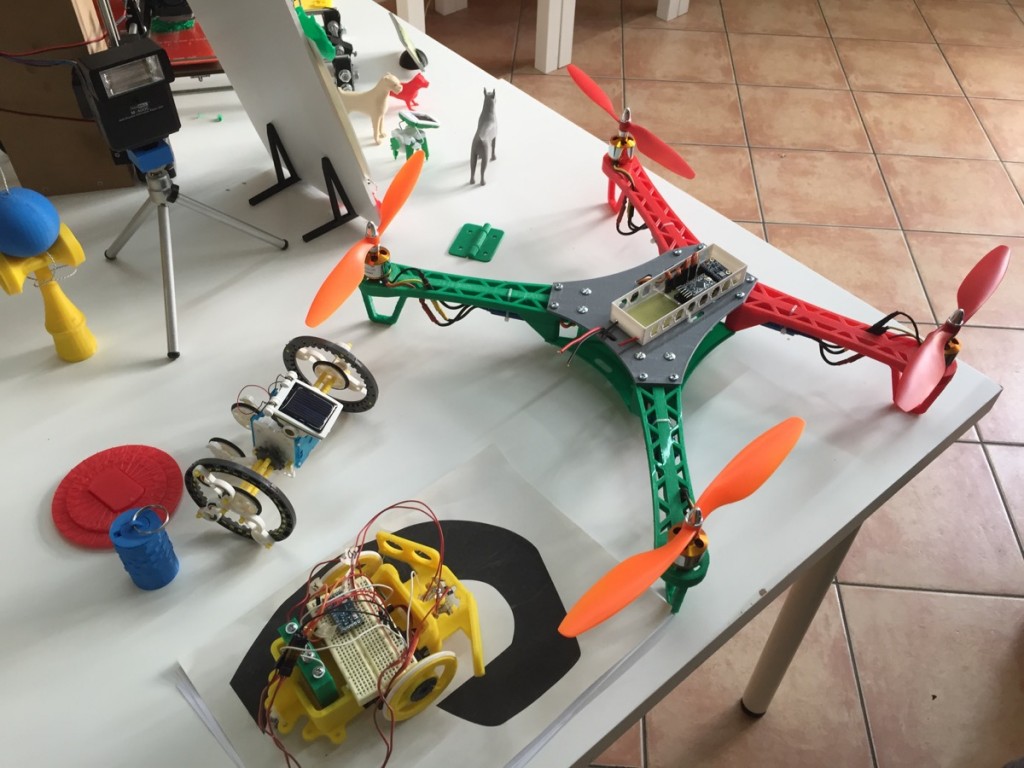 3D Store is also part of the 3D Hubs network, with Simone and Lorena as “mayors” for the city of Catania. Creativity is abundant around these these parts, and, if I still had any doubts, it took was a quick visit to Catania’s Hackspace to dissipate them. Often in Sicily there is the feeling of being somewhat isolated from the rest of the world. Things around here are never easy, and many of the typical Italian trends (exasperated bureaucracy, high taxation, many fine words with little concrete support from institutions, reluctance to adopt new technologies by the masses, limited financial resources) are perceived more intensely.

At the same time, there is definitely a reason why so many Sicilians can excel (in fact, Italy’s newly elected President of the Republic is a Sicilian, and, among other things, had a brother killed by the Mafia) and why a technology giant such as ST Microelectronics – which has recently decided to enter the Arduino-compatible, consumer-friendly controller boards market – has one of its headquarters right here, near Catania. Now, it is time to give the next generations  the means and motivation to excel. 3D printing and the 3D Store can assist. 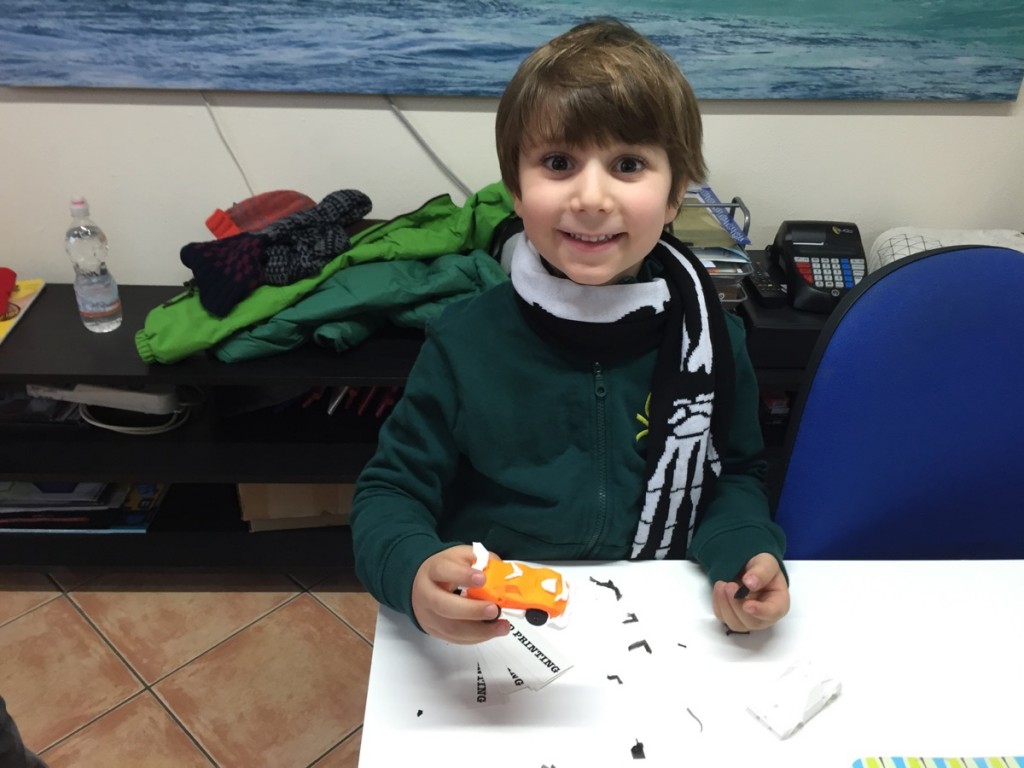