The desktop 3D printing revolution has been underway for years now, but it’s showing no signs of slowing down. As the hype bubble burst, new companies need to bring truly compelling features to the scene in order to gain the same attention. While companies like Solido3D might do this with a novel, low-cost platform, others, like Carbon, impress with speed. A San Diego startup called UNIZ has chosen the latter approach with their SLASH 3D printer, which reached its $50,000 Kickstarter goal within four hours of launching on Tuesday March 29th.

How’d the SLASH manage to get its funding so quickly? Likely because of its high speed 3D printing claims. With printing speeds of 1000 cc/hr, this SLA system, UNIZ suggests, is 50X faster than any other desktop 3D printer. That’s right; even faster than Carbon’s CLIP technology. It does so by replacing the projector of a DLP system with an array of LCD lights and adding a liquid cooling mechanism.

Though companies like Owl Works have achieved high speeds with its own variation, an LED method, the liquid cooling is what enables for even more rapid 3D printing. The UNIZ team writes:

When printing large solid objects at high speed, the temperature can shortly reach 500-600 Fahrenheit and damages the interface material. Without addressing this problem, the printer cannot go any faster. The DLP printers’ potential for fast prints is hamstrung by its optical path structure, which must remain unobstructed and it limits how much heat can be extracted from the interface. To overcome this problem, we use LCD contact exposure method that allows us to integrate liquid cooling as near to the interface as possible. This allows large amount of heat to be extracted and enables large solid objects being printed at high speed, and thus achieving higher speed than most other desktop 3D printers.

In addition to speed, the SLASH has a competitive print volume for an SLA machine.  It may not have the same massive size as the Morpheus, but, at 7.5″ x 4.8″ x 7.8″, it is slightly larger than the 5.7″ x 5.7″ x 6.9″ print volume of the Form 2. At the same time, it about than half the price.  All of the $999 Super Early Bird systems may be gone; however, there are plenty of $1,199 Early Bird systems left, which is $2,000 cheaper than the Form 2.  With 10 micron layer thicknesses, it also beats the Form 2 in terms of Z-axis resolution, though this is not quite as fine as Carbon’s CLIP technology. 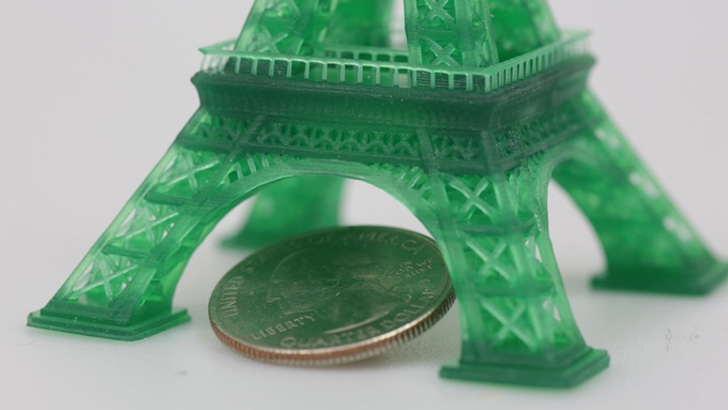 Other features include WiFi capabilities and a “touch-to-print” ecosystem, which basically consists of a mobile app populated with 3D models that can be purchased and sent to the SLASH for 3D printing. Their slicing software also allows for, in addition to smart support generation, custom settings for variable resolution throughout a print on the Z-axis.  Therefore, for less detailed parts, resolution can be modified for quick printing, and return to a slightly less quick mode for more crucial details. SLASH also uses what UNIZ says is a “specially engineered polymer vat featuring passive peeling and 1,000 hr (300,000 layers) vat life, which is 10 to 100 times more durable than PDMS-based vats.” 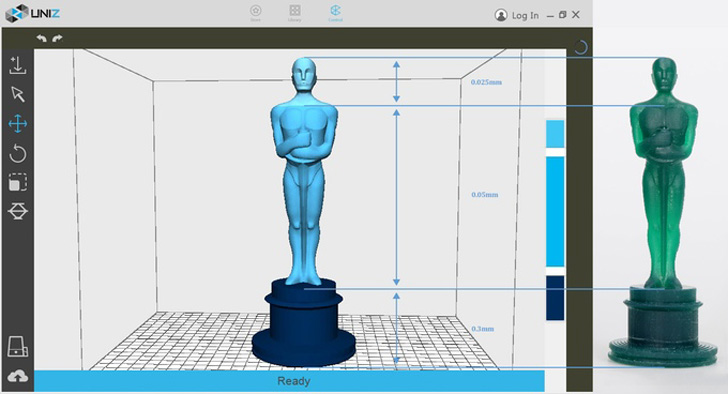 In terms of materials, UNIZ is beginning with their own zABS material, which has been engineered to cure quickly with 45 MPa strength, 300 MPa modulus, and 4% elongation to break. The company plans to release more materials after launch, including a variety of colors, flexible resins, “industrial grade [tough]” materials, and wax-like resins. These resins are stored in cartridges that automatically refill the resin tank during the printing process. 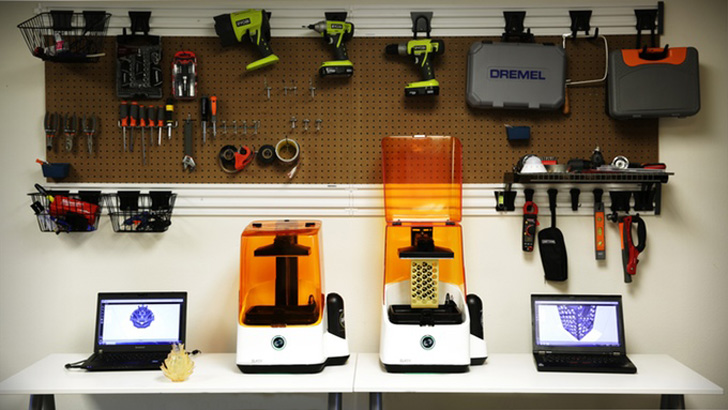 Founder of UNIZ, Houmin Li, said of the campaign’s success, “The response and feedback that we’ve had from the Kickstarter community so early on has been fantastic. We’re excited to be making 3D printing ever more accessible, and creating a high end product that the everyday person can use is a dream – we can’t wait to see what people build once we go into production!”

As with all crowdfunding campaigns, there is a risk that the product will never make it to your doorstep.  The UNIZ team, which is a large one according to the KS page, claims to have all of its suppliers set up and only need the resources to initiate their plans. For the sake of all of its backers, and the 3D printing industry as a whole, I wish UNIZ the best of luck.  The SLASH seems like it could be a game-changer, if it delivers, and we’d all love to see 3D printing speed up for all of us sooner rather than later.  To learn more, head to their Kickstarter campaign here.