This week, I was especially lucky when I found out that the crew from Owl Works had to visit Busan on business, and moved quickly to schedule an up close and personal demonstration of their new printer, the Morpheus, which was just very successfully funded on Kickstarter after launching two weeks ago. And if that wasn’t enough, I also had the opportunity to speak with several of the team members about their product and company, and really pick their brains a bit. 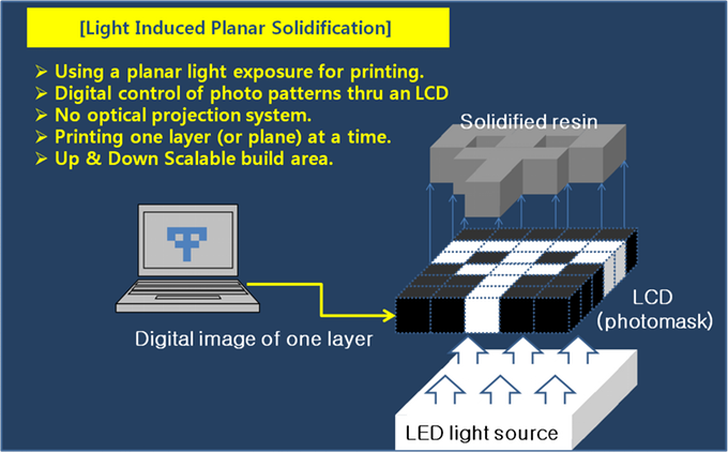 For those who don’t yet know, Owl Works’ new printer, the Morpheus, is a liquid resin printer that uses a combination of ultraviolet LED illumination and LCD masking to produce spectacular (and large) prints in a fraction of the time it takes traditional SLA or DLP machines to work. The Morpheus was the brainchild of SJ Park (aka: LabC) and Lee HongJoo, who came up with the concept a little over two years ago and first demonstrated it publicly just this year. 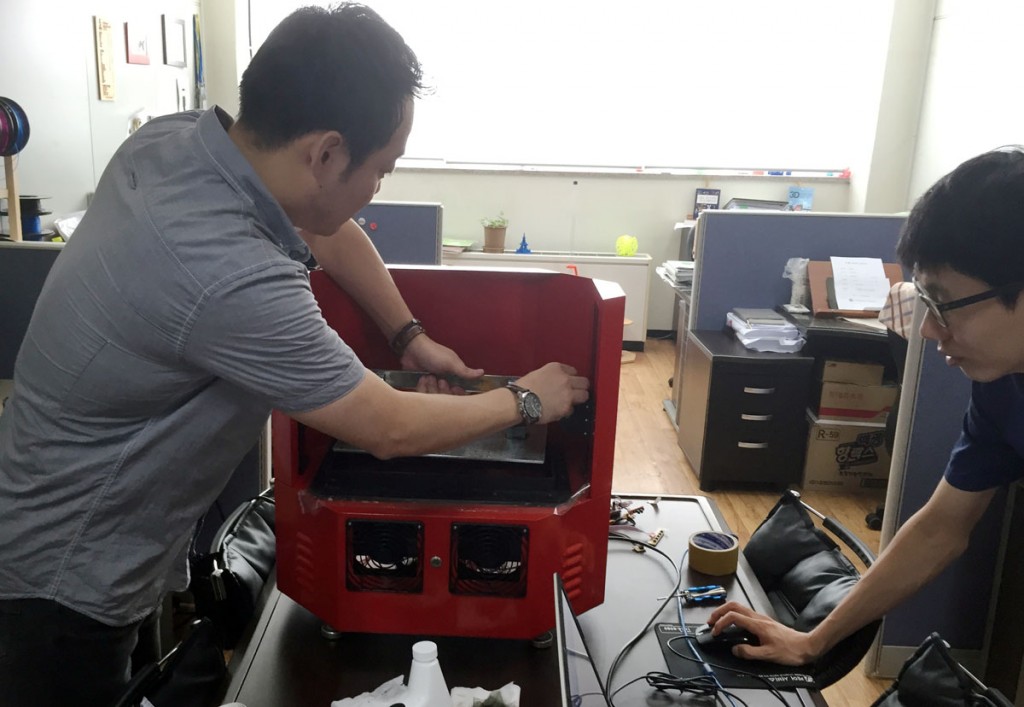 The Owl Works crew – including SJ Park, Lee HongJoo, Cho KyuBuk, and Hwang BoSeong – arrived with their machine and began to set it up. At the time, they had it mostly disassembled, so I got to see it being put back together, which was fascinating. The Morpheus isn’t an overly complex piece of hardware, from a design point of view. But looks can be deceiving, as SJ Park explained the engineering troubles that they had to overcome to make the whole thing work as well as it does. Not being an electrical engineer, most of what he explained sailed over my head with ease, but he did manage to help me to understand the most salient points.

The early models had several problems, most notably that LCD screens were not suitable for UV masking, and, of course, finding supporters who believed in the idea. “We started out with no investors at all, just us. And, for two years, we had no income at all and we were exhausted,” said SJ, “But that first huge step is over, and now we can attract people with more technical skills and abilities.” He went on to explain how the early LCD screen (which was originaly made for displays) allowed the UV light to pass through and didn’t really work well. “We had to find the peak frequency of our light source(s) and match it to the proper LCD screen, which took a bit of searching.” 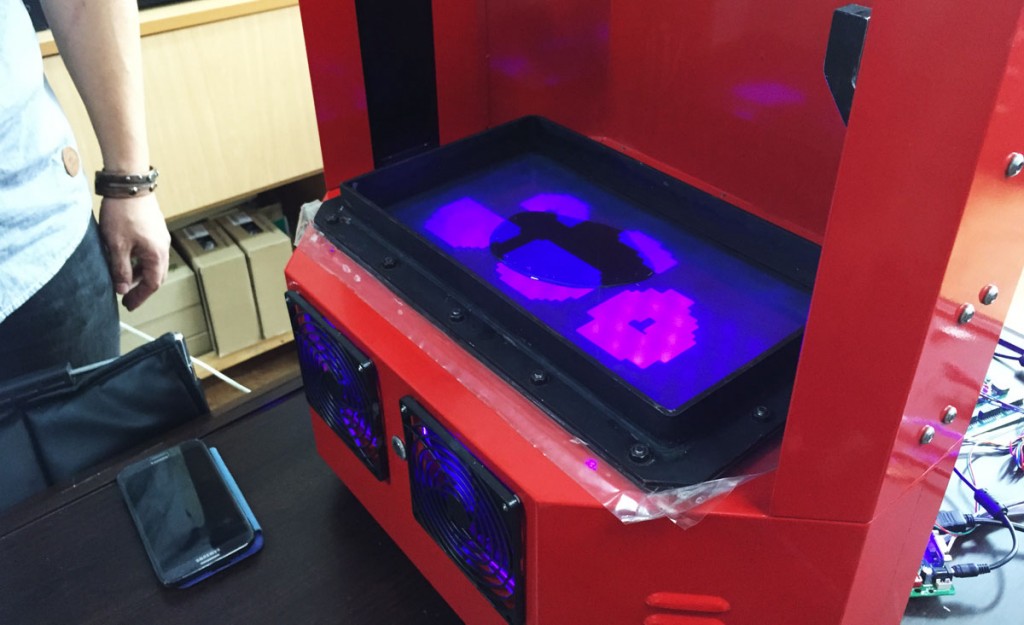 As he spoke, the machine began to hum and glow a beautiful pale purple, the LED lights switching on. I looked over the still only partially-assembled machine, with its wires and circuit boards spilled out all over the workbench, and noted that it looked like it had been violently disemboweled. HongJoo assured me that it was fine, and that everything fit neatly into the machine’s casing. It just made working and adjusting things while they were still experimenting a bit easier.

HongJoo told me that, as an engineer, he enjoys his work, but what he is really working for is the economic freedom for his children. “3D printers are still very young, but as we build better and better ones, I think they will help bring about more economic equity in the world, allowing people to create what they really need to make their individual lives easier. At least, that is my hope.” 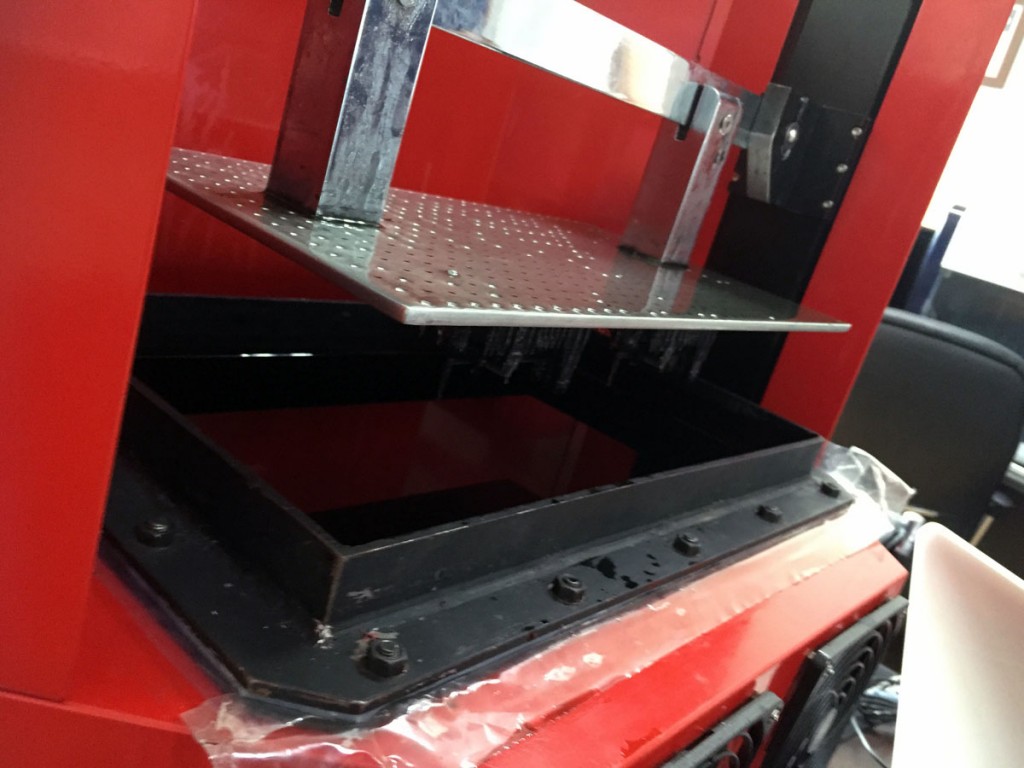 While we talked, both KyuBuk and BoSeong were busy changing the flexible, clear plastic sheet that serves as the bottom of the printer’s resin tank. This was one of those little things that, when you see it, you think, “Why didn’t anyone else think of that?” The tank itself is made of a welded steel frame, over which the plastic sheet is stretched and bolted into place. 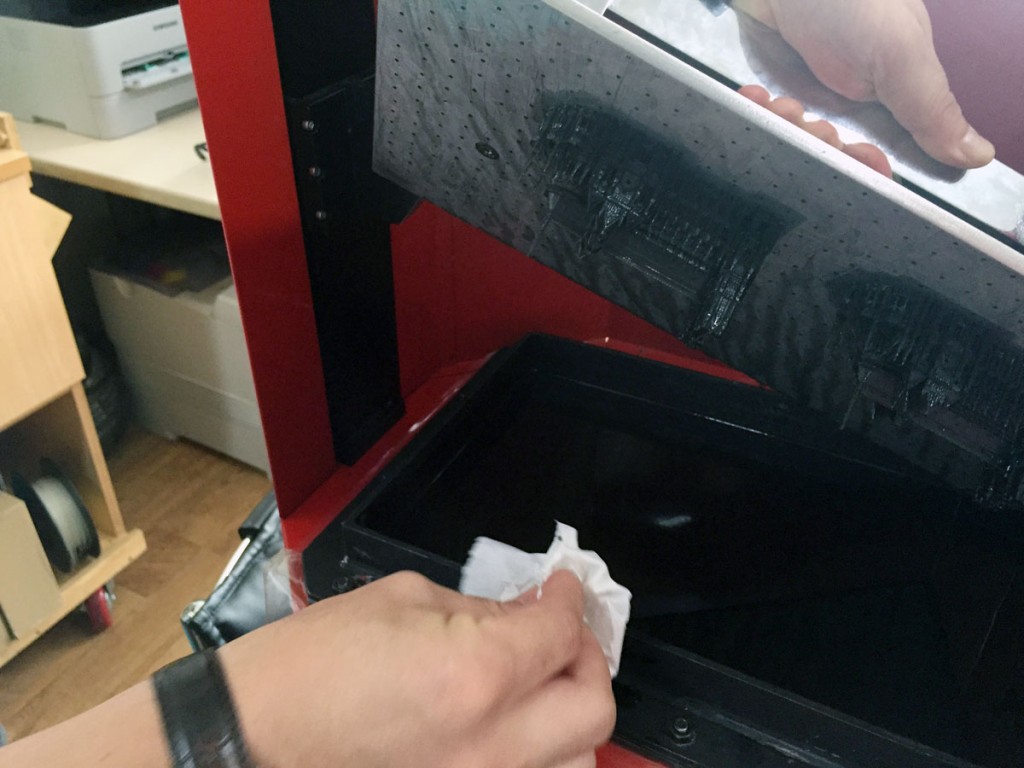 In addition to being economical, as you do not have to replace the entire tank as on other SLA/DLP machines, the flexibility of the sheet allows the machine to detach the 3D model being built from the tank floor simply by pulling it up slightly, without the need for the “tip and peel” process seen in other printers. This also helps to speed up the entire printing process, as unnecessary movements (and the more complex mechanisms needed to perform those movements) are eliminated. What you end up with is a lighter, simpler, more robust machine that has even better capabilities than its competitors. 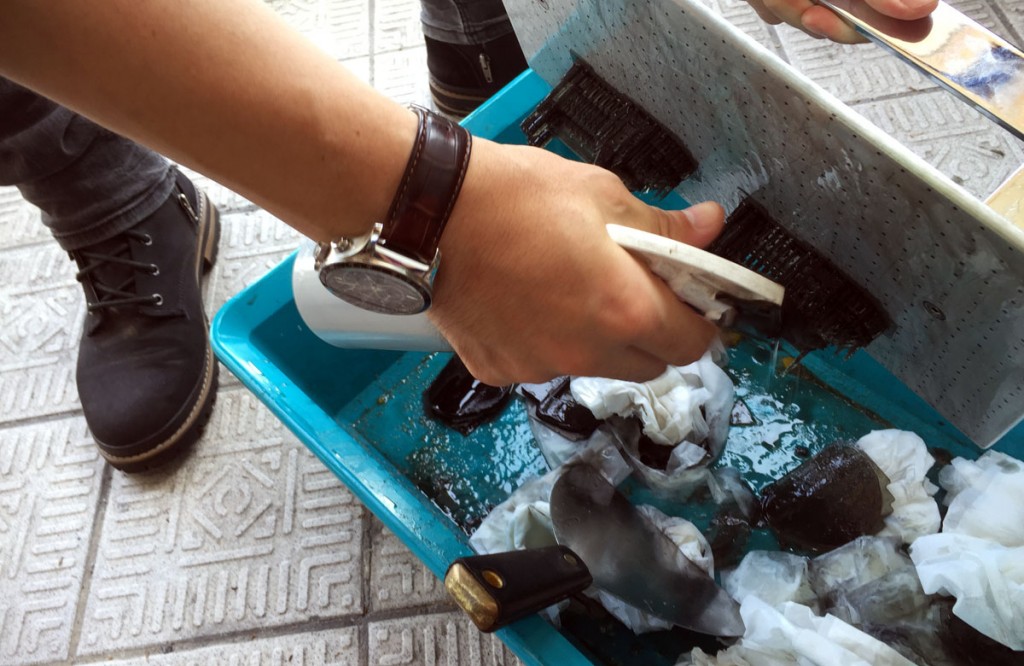 As KyuBuk told me, “This machine is something new and I find it very fascinating. Literally we created something out of nothing. I know that our contribution to 3D printing will help a lot of people, and knowing that people will be using something I helped create is very exciting.” 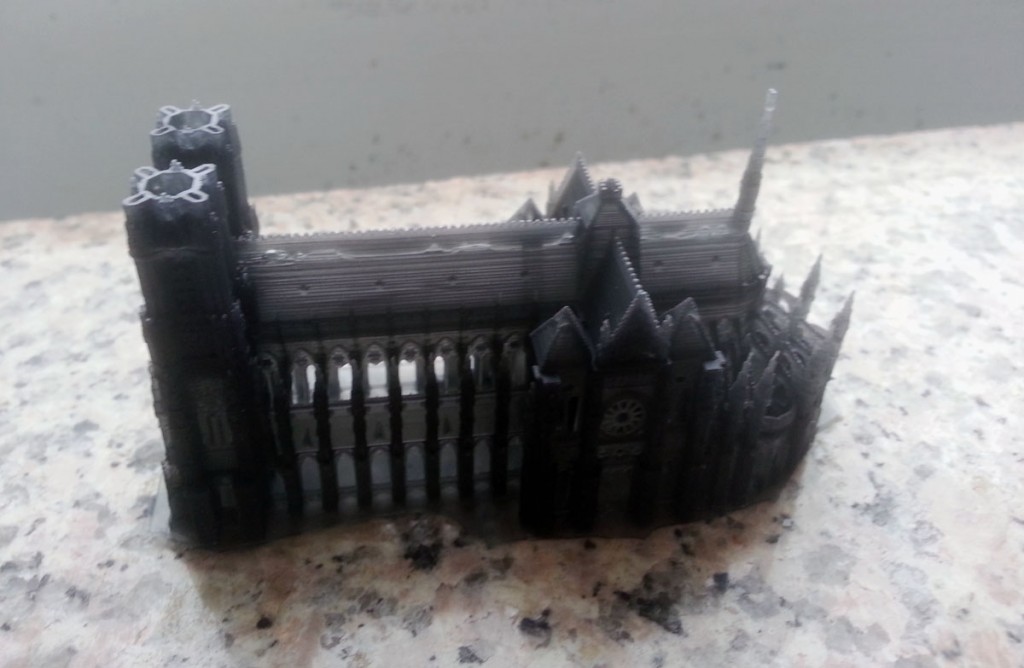 BoSeong expressed similar feelings, but added that he found that as a Maker, “The work is just fun…like falling in love. It is hard to accurately express my feelings as the potential results of our work is not really limited by anything. We are creating our own futures.”