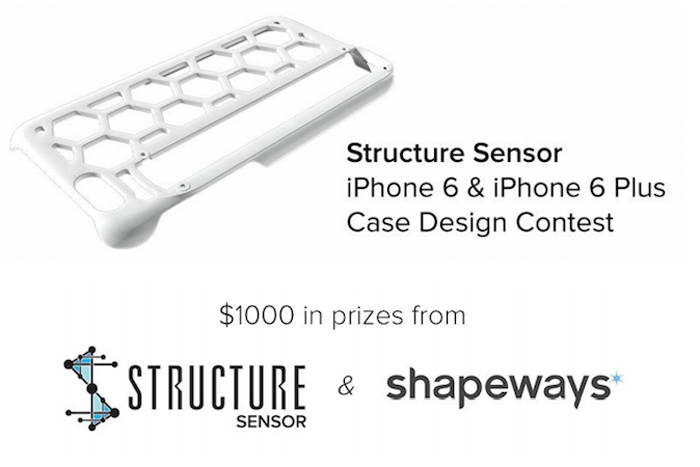 Until Wednesday, November 12 at 11:59pm PST, members of the Shapeways community have a chance to submit their iPhone 6 and iPhone 6 Plus case designs to hold the Structure Sensor.  Together, Shapeways and Occipital are giving away $1,000 in prizes for the best designs, which will be sold through Shapeways “with no added markup” and under the Creative Commons license for anyone to download and print themselves.

A couple of months back, my wife, my reptile, and I had the opportunity to review the Structure Sensor from Occipital.  Strapped to an iPad, the sensor was capable of performing some pretty impressive 3D scans that led to some awesome 3D prints.  The only downside I had with the 3D scanner was that I didn’t own a recent enough iPad to use it (Occipital was kind enough to lend me one of theirs).  If I do plan to upgrade my phone to an iPhone 6, though, and can scrounge together the cash to get a Structure Sensor, then I can continue making such scans as this one below!