The Register's 3D Printed Vulture Ready to Get High with LOHAN

In 2010, LOHAN got high. Really high! LOHAN got high enough to reach the edge of space and earn UK news site The Register a Guinness World Record for the “Highest-Altitude Launch of A Paper Plane”, as their Low Orbit Helium Assisted Navigator (LOHAN) carried a paper plane to the edge of the Earth’s atmosphere, popped, and let the paper craft fly 23,307m back to Earth.  Now, LOHAN, the helium-filled meteorological balloon, is back and better than ever, amped for another trip to space – this time carrying a 3D printed UAV. 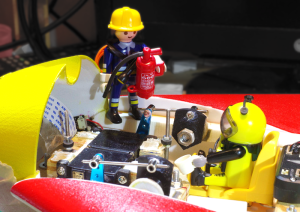 For the past four years, El Reg‘s Special Projects Bureau has been crowd-sourcing and funding LOHAN even further, with a team of 30 volunteers from countries like the UK, the US, Spain, and Australia helping the news site to turn the project from a paper space plane to a Raspberry Pi-driven, 3D printed space UAV.  The new 3D printed Vulture 2, was initially crafted by post-graduate aeronautical design students at The University of Southampton, with subsequent components suggested by the news site’s various readers.  As The Register began running test flights, they found that they needed to modify their launch equipment, leading to the creation of a carbon fiber launch structure.  And, to make the Vulture 2 even smarter, they’ve added a Raspberry Pi, as well as an off-the-shelf autopilot system, the 3DR Pixhawk, which, along with a camera, a radio tracker, GPS, sensors, and a rocket motor, will help the Vulture 2 fly back to Earth.  Aboard the ship is the site’s “Plucky Playmonaut” mascot who’s been training just for this moment. 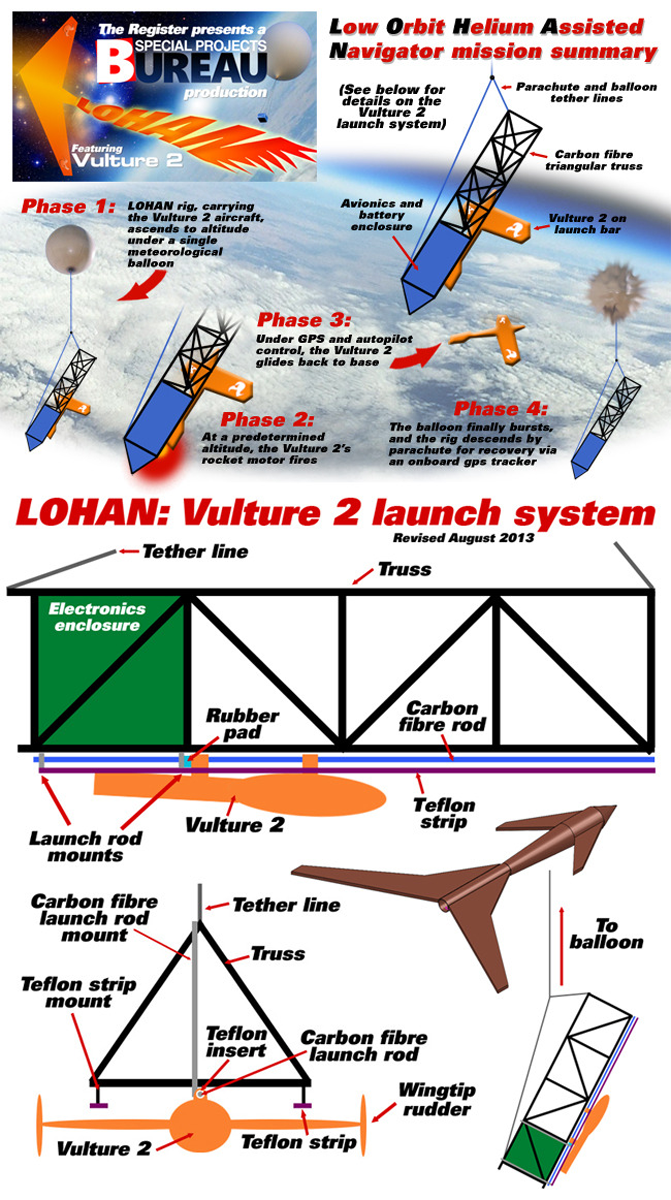 Since the beginning, El Reg has boosted the project with a big network of volunteers, readers, and companies. Previously, The Register relied on sponsorship from a number of companies, such as Big Data analytics firm Exosal, and the site’s own funds, but, needed to raise more money due to a recent bureaucratic snafu in Spain.  As a result, they turned to  a £30,000 Kickstarter campaign to get the Vulture 2 to Spaceport America in New Mexico. With their latest boost, The Register is ready to launch LOHAN, carrying their 3D printed Vulture 2 plane, to the edge of the Earth’s atmosphere, where it will be guided 25,000m back to our lovely, little planet by a GPS program embedded in the vehicle’s on-board Raspberry Pi computer.

Head of the Special Projects Bureau, Lester Haines, tells International Business Times why they’ve embarked on such a huge project, “It’s partly for the fun of it, but the project is also partly to get the readers involved so that we can use that knowledge centrally to build the rocket. A lot of the stuff we’ve done has never been done ever, [such as] the high-altitude rocket launch, [which] is particularly challenging. The publishing world is changing and there’s a lot more engagement with people. We like to get our readers involved.”

The project is just about ready to launch, though they haven’t been able to run any test flights with the current model, because of the cost of the printed parts, fabricated by 3T RPD.  Instead, they’ve only run simulations and flown individual parts themselves. Haines continues, “This plane is not made to be flown at ground level. We’ve also done a lot of software testing and virtual simulators, so [our high-altitude ballooning specialists] are convinced that it will behave as it should.  I’m confident it’s going to work, but then I have to say that.”

No launch date has yet been set, but the Vulture 2 will be launched soon.  Whether or not it ends successfully, as Haines anticipates, this is one project that is almost more about the process than the end result.  It’s exciting to see a publishing organization take the news into its own hands, transforming its readership from a passive audience into an active participant of news making.