With 25 days to go, Arkansas-based 3D printer manufacturer QU-BD has already exceeded its Kickstarter campaign goal of $9,000 for its OneUp and TwoUp desktop 3D printers by $52k, at the time of writing. So why all the dough? Well, QU-BD’s latest machines can be purchased for just under $200.

After the success of their previous models, the RPM and Revolution 3D printers, the company was left with a large supply of non-electronic components (rods, ball bearings, stepper motors, etc.) and decided to pursue an affordable desktop 3D printer. In order to manufacture their electronics boards in large enough quantities to bring down costs, they launched the Kickstarter. And it worked! Now, QU-BD will be able to produce their desktop 3D printers with the following specs:

It’s too late to get a OneUp or TwoUp before the holidays, but it’s not too late to be a part of their subsequent order batches and receive the small printer, with an approximately 4 in3 build area, for $199 in kit form. That’s about $100.00 less than the cheapest Printrbot kit, about the price of a MakiBox LT (though a bit smaller). The resolution isn’t quite as fine as those machines, but the prints still look pretty good for the price! 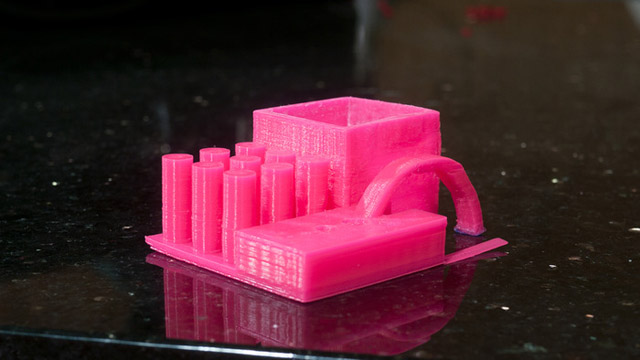 This might make for a great entry-level machine to get kids involved in the technology and, because QU-BD is enlisting a lot of help for the printer assembly, the lead time might not be as long as it was for the MakiBox. Check out QU_BD’s Kickstarter video and see what you think!