The University of Connecticut and Pratt & Whitney recently opened the new Pratt & Whitney Additive Manufacturing Innovation Center at UConn, which is said to be one of the most advanced AM laboratories in the United States.

The centre, which is a collaboration between Pratt & Whitney and UConn, aims to push AM research and development further and is the pioneering centre in Northeast America to focus on 3D printing metals instead of plastics. The centre will also serve as a training facility to bring the latest advancements in 3D printing to new generations of engineers and designers. 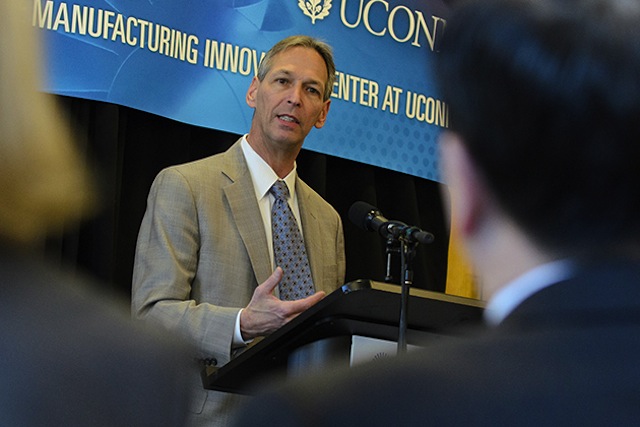 According to Paul Adams, Pratt & Whitney’s chief operating officer, “The University of Connecticut’s outstanding technical capacity complements our fundamental research needs and will help us continue to grow our additive manufacturing capabilities. Additive manufacturing is complementary to traditional methods by enabling new innovation in design, speed and affordability, and is necessary to build the next generation of jet engines. We are currently using additive manufacturing to build complex components with extreme precision for the flight-proven PurePower commercial jet engine.”

The new Pratt & Whitney Additive Manufacturing Innovation Center that is located on UConn’s Depot Campus in Storrs, has the latest 3D printing equipment and rapid prototyping technologies, including two Arcam electron beam meting (EBM) A2X machines that are designed for manufacturing large metal parts at high temperatures. The A2X platforms are the first of their kind in Northeast America. UConn recently initiated EBM training for academic personnel and industry engineers.

The new AM lab is aiming to develop advanced techniques for complex production parts used particularly in aerospace, biomedical science, but also other industries. The long term goal is to ramp up Connecticut’s industry production capabilities, through the reduction of manufacturing times, eliminating material waste and allowing the creation of a new generation of intricate, light-weight, and durable custom-made products. Pratt & Whitney has invested more than $4.5 million in the lab, and has plans to further invest additional $3.5 million.

“This unique partnership between Pratt & Whitney and UConn is an excellent example of the innovation and collaboration that will drive Connecticut’s future economic success,” commented UConn President Susan Herbst. “The new Pratt & Whitney Additive Manufacturing Innovation Center will allow us to push into new frontiers of manufacturing and materials science while training a new generation of engineers in some of the world’s most sophisticated manufacturing technology.”

The centre is expected to play a key role in UConn’s new Technology Park planned to open in 2015. The University is planning to focus highly on a new curriculum surrounding 3D printing. The lab will host workshops for students and engineers, and local manufacturers will be invited to explore how to utilize 3D printing in their own product design, development and manufacturing activities. 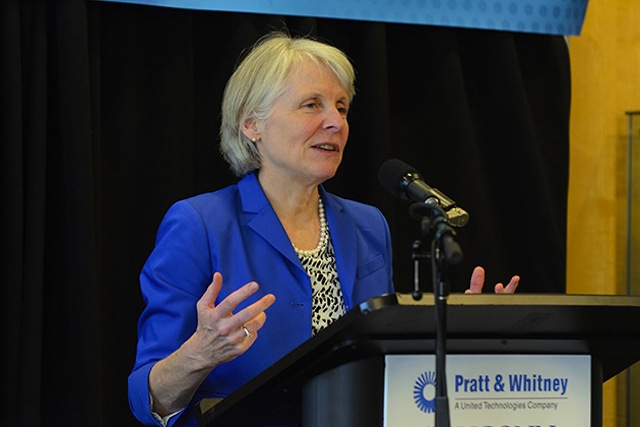 Catherine Smith, Commissioner of the Connecticut Department of Economic and Community Development, was positive about Connecticut’s future growth, “Under Governor Malloy, economic development strategy is based upon building a strong relationship between the state, the private sector, and our institutions of higher learning. The Additive Manufacturing Innovation Center is the latest example of the structural and strategic changes we’re making. From Bioscience Connecticut and Jackson Labs; to workforce development through our manufacturing technology programs at our community colleges; to the re-launch of the Small Business Development Center; these important investments in our state’s future are reigniting and reinvigorating Connecticut’s economy.

Have a look at the introduction video of the new centre: