Pokemon GO is not just virtual thanks to Ilfracombe man

By now, anyone with internet access is very much aware of the Pokemon GO craze that is currently sweeping the world. Having already sent shockwaves from Sydney to New York, the virtual gaming app finally made its way to the UK last week. In celebration, 3DPI rounded up a few 3D printed Pokémon goodies that would satisfy any real trainer.

In the same vein, a local man in Ilfracombe, Devon, UK thought players looking for virtual Pokémon deserved physical rewards after all their hard training. After the popular app’s servers crashed once again, Matthew Beaman decided to 3D print a few characters of his own to pass the time. Eventually inspired by Pokémon GO’s ability to engender widespread interaction and physical activity, Beaman decided to hide his creations at local Pokéstops for app users to find and physically collect. 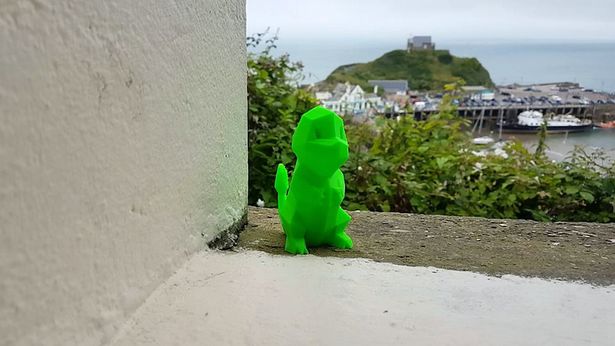 Beaman cleverly sent local players on a treasure hunt around the community by posting photos of the printed Pokémon in various locations on a Facebook group. “I know quite a few people who are going out and looking for them. I’ve had people shouting thank you at me in the street,” said Beaman in an interview with his local paper. With his creative idea, Beaman has managed to take the interactivity of Pokémon GO even further, creating an even deeper sense of community and accomplishment for users.

Beaman doesn’t plan on taking his idea outside of Ilfracombe, but perhaps users who find  souvenirs will pass them along in their travels in a pay-it-forward type of scenario. It will be exciting to see what other innovative ideas come out of this ground breaking game! Be sure to sign up for the 3D Printing Industry newsletter for all the latest updates in the field!