Pixelstone is 3D Brick Laying for the 21st Century

Upon news that Desamanera, which offers large-scale stone 3D printing, is coming to the United States, I have learned of a Dutch startup that has scaled 3D printed construction down, instead. A spin-off of Lab3D, which we covered last year, Pixelstone has approached the idea of construction 3D printing brick by brick.

Lab3D was in the process of exploring the possibilities of 3D printing for the construction sector, including what sorts of new designs and efficiency the technology could bring.  From the looks of it, the firm was focusing on a small-scale, creating desktop models for representing these possibilities.  Pixelstone, too, seems as though it is working out a proof of concept before scaling up for actual construction.  The Pixelstone printer 3D prints brick façades using small brick cubes, which Pixelstone calls “pixels” (but might more appropriately be dubbed “voxels” given their dimensionality).  The pixels, loaded into cartridges, are pumped into the machine through a hose and laid down brick by brick based off of a digital design. 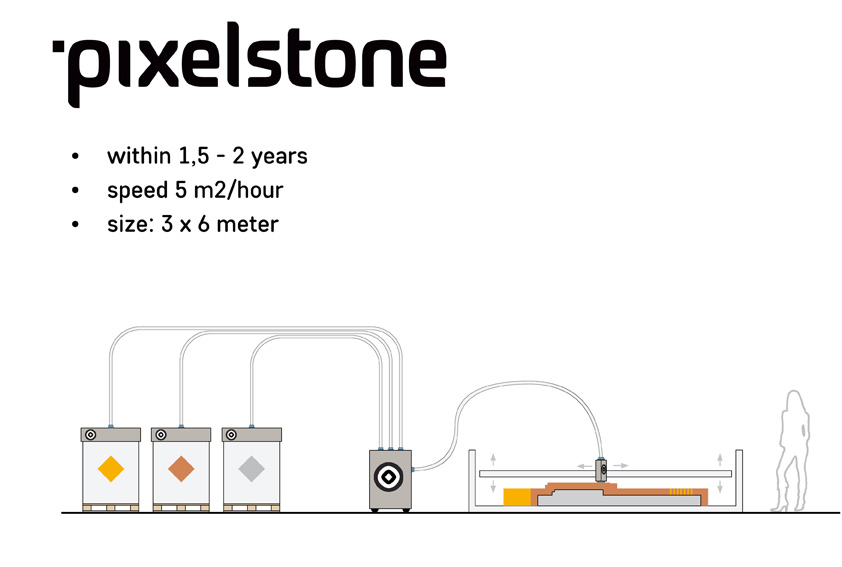 According to co-founder Bram van den Haspel, the process is not just a fun gimmick, but actually saves energy. “Pixel Stones are cube-like brick particles of 1 m. Because they are so small, they are quickly fried, and that saves a lot of energy,” he says. The website specifically states that the process reduces energy waste by 90%.  The prototype device is capable of 3D printing half a square meter per hour, but the company’s ultimate goal is to speed things up to five meters per hour. 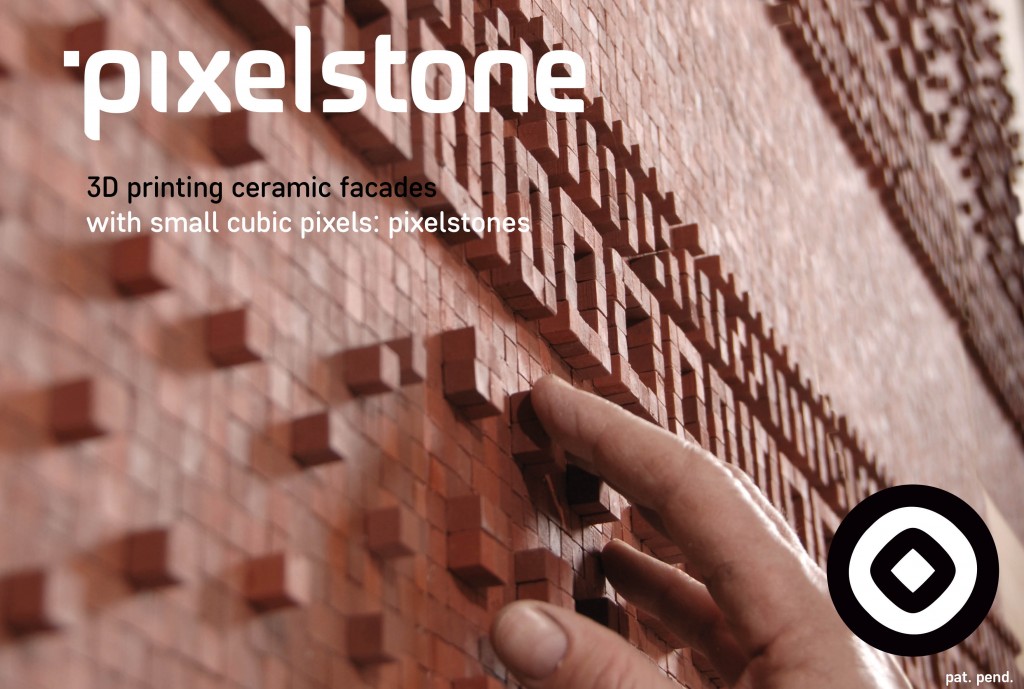 While the Pixelstone printer is currently more adept at brick façades, the startup hopes to release the device for full-scale structure printing when it hits the market in the next two years.  If you’d like to be a part of that dream, you can contact Pixelstone to be a partner or investor at [email protected] or +31(0)107142456.