Today is my turn to showcase my personal top-5 3D printing applications for this year. And that is not the easiest task – considering all of the cool stuff that has emerged this year.

I chose a variety of different things – some relevant concepts as of today and some offering more of a first glimpse into the future. Regardless, it has been an awesome year for 3D printing in general – witnessing everything from 3D printed iPhone covers to dental porcelain crowns. Hope you have also enjoyed the ride and will continue to do so even after the new year has landed. But without any further delay, here is my top-5:

1. Bioprinting – Modern Meadow, a company dedicated to creating the first bioprinted leather within five years and bioprinted meat in ten. This is truly a potential game changer – a company showing that combining social consciousness and responsibility is not contradictory to also establishing and developing an economically sustainable company alongside those noble objectives as well. Link to the story.

2. Molecular scale 3D printing – especially the pharmaceutical branch, and the research conducted in this area could lead the way to a future with more diseases cured through affordable and available medicine than ever – in even the most remote corners of the world. A world of personal in-house drugstores or something else, time will tell. Link to the story.

3. 3D printed car replicas – Even though different means of transportation have been created via 3D printing previously, the detail and precision put into the making of the Aston Martins for the newest Bond movie just blew me away. They also raise my hopes up high, that one day I could personally drive inexpensive replicas of my own car – especially during the winter time – as Finland is currently treating us motorists with 15 inches of snow and a season of polar night. Therefore an entire spare body wouldn’t sound too bad, as some minor crashes are almost inevitable. Link to the story. 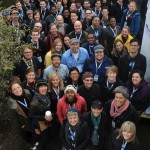 4. 3D Printing phenomenon reaching mass appeal – The Maker Faire held in New York this fall showed that 3D printing is finally reaching a large crowd and is ready for the big leagues. More than 100,000 visitors and 800 booths don’t lie – everything indicates that next year will be THE year for 3DP (even though my rational side knows that this prophecy has been predicted several times before). Combine this with the expansion plans of Shapeways, the stock exchange rate development of 3DS, and/or the general buzz around MakerBot – the prophecy of a bright future is built on a quite solid foundation, I would dare to say. Link to the story. 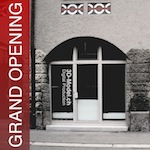 5. 3D printing occupying the streets – The need for physical places – for the laymen consumer – is essential for 3DP’s potential to really open up to the people only aware of the tech by name. By visiting physical stores – whether they represent a single brand such as the MakerBot store or are run by independent entrepreneurs – the consumers can get down and dirty and see with their own eyes what the machines can (and also equally importantly can not) do. Even though the trend seems to be that in the commercial market the hands-on aspect is deemed less worthy compared with just the visual side, hackerspaces, Fablabs and such will hopefully be a place where everybody can still continue to realize and concretize their own personal designs – by themselves. Link to the story.

And that’s all from me, folks – I’ll see you next year – have a great New Year’s Eve!