This year’s Maker Faire was held this bygone weekend at the New York Hall of Science and the timing couldn’t have been more appropriate. The preceding weeks brought us the Form 1 and Replicator 2, thus giving the event, founded by Make Magazine in 2006, a last minute push  – especially of course regarding the ever evolving excitement surrounding the 3D printing sector. 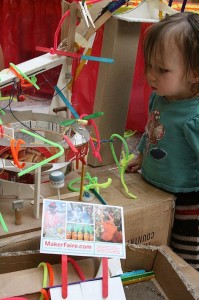 The overall result of these developments was impressive on a quantitative level alone, with more than 100,000 visitors and over 800 booths. And out of the total number of exhibits, more than 75 were directly or indirectly related to 3D printing in two dedicated locations – ranging from edible chocolate sculptures made on RepRap to a printed humanoid robot. The power is truly in the numbers as noted by one of the fair’s founders, Make’s Sherry Huss: “The hottest area at World Maker Faire this year is 3D printing. The number of entries we received for the 3D village and pavilion is a true indicator of the growing enthusiasm for 3D printing”, she stated before the doors were opened.

But the quality didn’t lack behind the numbers either. There were several very interesting concepts and ideas, from which we have selected two below. 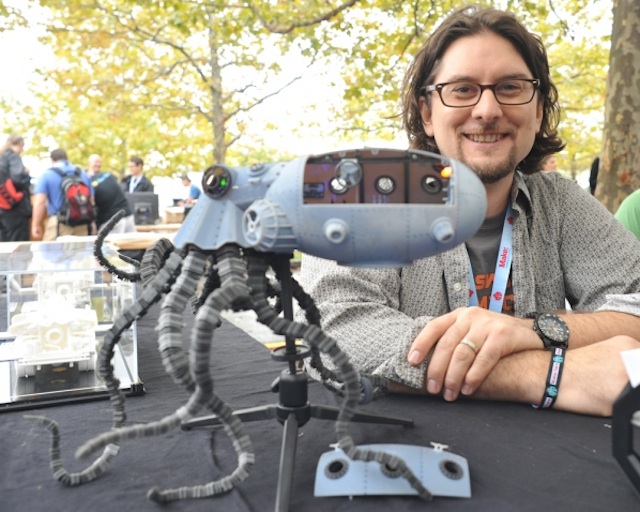 Sean Charlesworth is a true maker enthusiast who has created the OctoPod Underwater Salvage Vehicle 5 or in military style abbreviation the OPUS V. The mechanical sea vehicle was created by Sean for his Master’s thesis from scratch over a six month period. More information on this amazing project can be found at his respective website including a video of the process.

Furniture and 3D printing could well be the next match made in heaven and thus the pair was also visible at this year’s Maker Faire. AtFab’s customizable 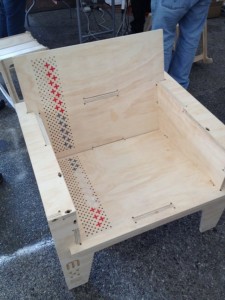 The success regarding overall media visibility and the concrete attendance of this year’s big event does highlight the fact that 3D printing is becoming a staple of the DIY-maker movement as well as witnessing a shift into mainstream culture. This shift is very apparent and is providing many innovative start-ups  and their potential investors with the impetus to come out with their 3D printing projects as soon as possible and to be part of the revolution at hand. We therefore expect to see even more exciting projects emerging in this new era of design and ‘prosumer’ 3D printing enthusiasts in the upcoming weeks and months. Remember to stay tuned!