3D Printing takes the Faux out of Fake Leather

Modern Meadow, a company that recently got media attention for masterminding an upcoming attack on the world hunger problem with bioprinted meat, is broadening its eco-friendly [near future] offering with 3D printed tissue-engineered leather.

Gaining the needed economical means for the R&D process from PayPal co-founder Peter Thiel’s foundation, the company is striving for the leather launch by 2017. 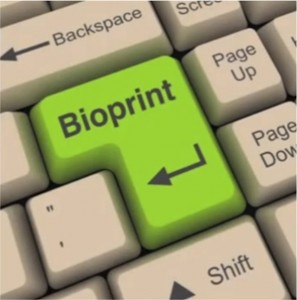 In an interview in Txchnologist, the CEO and co-founder of the company Andras Forgacs explains their strategy regarding the future and the intriguing possibilities of bioprinting regarding both edible and wearable products: “Our emphasis first is not on meat, it’s on leather. The main reason is that, technically, skin is a simpler structure than meat, making it easier to produce.”

As the local and organic food movements could already be considered megatrends of the ongoing third millenium, the aspect of producing labgrown meat does not go unnoticed or unquestioned by the ever growing clean nutrition communities. Therefore, apart from the technical challenges, the first steps into the sustainable world of tomorrow do not include putting bioprinted items in your mouth, but rather on your skin. Forgacs states: “Anecdotally, we’ve found that around 40 percent of people would be willing to try cultured meat. There’s much less controversy around using leather that doesn’t involve killing animals.”

The approach used for creating the tissue includes taking biopsies from animals at the end of their line, growing the respective cells in labs and using a bioreactor for maturing them into the appropriate phase. Watch the company’s bioprinting 1 on 1 video below.

So could this be not only an ideal and universal solution for sustainable and durable clothing, but also for the third world hunger problem and the already somewhat objectionable preference of eating meat in the future as well? Please share your views in the comment section below.