Based out of Brooklyn, New York, OpenBCI had first turned to Kickstarter to help fund the first production and further improvement of their biosensing EEG headset called the Ultracortex Mark IV Headset, a brain scanning device which could certainly be used for mind-boggling entertainment, but more importantly, for those with paralyzing disabilities such as ALS (amyotrophic lateral sclerosis). The OpenBCI Kickstarter went above and beyond the original crowdfunding goal, but the team has decided to use the momentum gained via Kickstarter to further develop their open-source brain-computer interface company and their biosensing wearable devices for those in need. 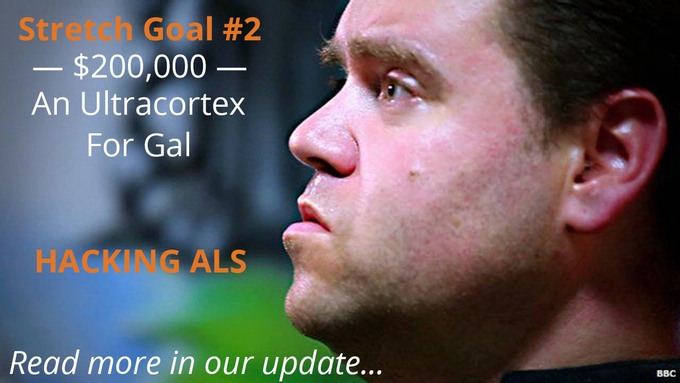 After meeting a man with ALS named Gal Sont at the Israeli Tech Conference in Tel Aviv, the OpenBCI team became enamored with the patient, and it was decided that raising money via Kickstarter to help create a custom Ultracortex Mark IV headset for Gal should be their next priority. Sont himself is certainly deserving of the advanced custom-made headset, having already co-founded Click2Speak, a company that aids those with muscular degenerative diseases such as ALS by making accessible on-screen keyboard tools. 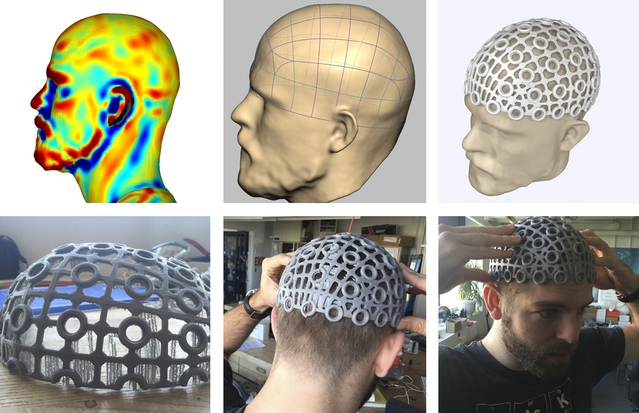 OpenBCI has already used their 3D scanning techniques to create a 3D printed prototype of Gal’s specialized EEG headset, which was designed to fit Sont’s head perfectly. OpenBCI is asking for the additional funding in order to turn this prototype into a functional communicative tool for the ALS patient. Once the custom Ultracortex is produced, Sont plans to utilize the device as an input mechanism for his Click2Speak software.

“We are so excited about working with Gal and realizing the potential of this headset”, said Joel Murphy, the co-founder and President of OpenBCI. “From the very beginning OpenBCI’s platform has been centered around seeing what a group of talented, dynamic people can create together. We’ve rallied the group and now we need to hit the $200,000 mark to make this goal a reality– and to help this very deserving person get an awesome piece of neurotech gear.”

Gal Sont’s positivity and determination to improve the lives of those dealing with ALS, combined with the expertise of the OpenBCI team, makes this project a potential breakthrough for this difficult muscular disease and others like it. Currently using eye-tracking devices to communicate with the outside world, Sont’s face reportedly lit up with eagerness when he was approached with the idea of using a custom-made Ultracortex Mark IV headset. The OpenBCI team has nearly reached $150,000 since starting their Kickstarter with the original intention of seeing their ‘mind-controlling’ device in action, but have now focused their lens on helping the minds of those with ALS and other muscular diseases to communicate and live a more fulfilling life.