OpenBCI previously used Kickstarter to launch the original design for their low-cost, 3D printable EEG controller, after the company’s founders developed the concept using a DARPA grant in 2013. Now, the brain-reading startup has returned to the crowdfunding platform with an even more affordable biohacking board and an improved version of their 3D printable EEG headset. This means that it’ll be even easier for Makers, students, and more to begin controlling things with their minds.

After already releasing a 32-bit board designed specifically to work with EEG, EMG, and ECG waves, OpenBCI has worked to improve the design of their headset and create a lower cost board. Now, they’ve returned to Kickstarter with two new products they hope to launch: the OpenBCI Ganglion Board, “a low-cost, 4-channel, Arduino-compatible” device for simple biohacking projects; and the Ultracortex Mark IV EEG headset, which advances their previous model with dry EEG sensors for faster, cleaner EEG reading. In addition to some ergonomic design improvements to the headset, allowing it to better fit all types of skulls, OpenBCI is working to make it so that the Ultracortex Mark IV can target even more nodes, with special attention to the motor and visual cortices, and decrease noise captured from EEGs. 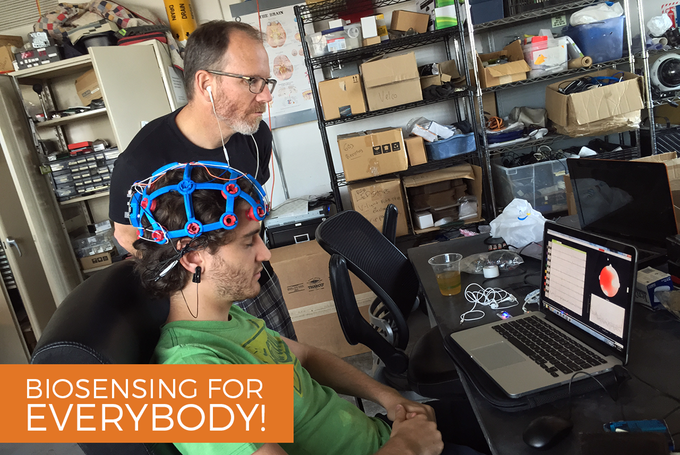 But, why purchase a 3D printed EEG reader? If you’ve never seen someone controlling stuff with one of these things, it’s amazing. Think Scanners, but less messy. More advanced uses of these sorts of devices allow those suffering from paralysis to control computer software or allow people to send messages to one another halfway around the world. Simpler setups have been used to fly quadcopters, create music visualizers, and produce biofeedback for understanding things like ADHD and depression. Without the headset, the OpenBCI boards themselves can also be used for capturing muscle and heart data, with muscle data proving perfect for controlling bionic prosthetics.

Kickstarter backers have a variety of options for getting a hold of the headset and board. The Print-It-Yourself kit, sold for $350, comes with everything but the printable parts, which can be downloaded and 3D printed with a local printer. The Unassembled kit, for $450, is everything you need, including 3D printable parts, but you have to put it together. Finally, the Full Assembled version is what it says it is for $650. All three come with the new OpenBCI Ganglion Board, which can be purchased alone for just $99. 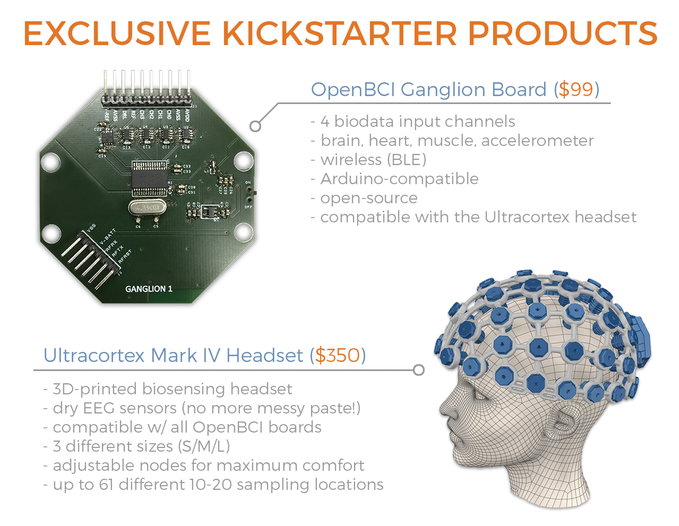 If you’re interested in learning more or backing the campaign, head over to Kickstarter.  And, if you’ve got some free time, spend a few days on YouTube watching what people do with these devices.