3D Printing to Scan Your EEGs

The phrase “we want to lower the barrier of entry for brain-computer interfaces” may be the strongest indicator yet that you are, indeed, living in the future. In order to achieve that futuristic dream, Conor Russomanno and Joel Murphy have launched what’s become the infomercial of the 21st Century, a Kickstarter campaign. It’s called OpenBCI and it’s an open-source, 3D printable brain scanner. 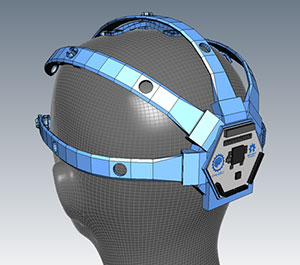 OpenBCI is built around a 24-bit analog-to-digital converter called the ADS1299, from Texas Instruments, which measures EEG, as well as EMG (skeletal muscle) and ECG (heart) signals.  It’s Arduino compatible, with designs and software all available on GitHub. After printing out the Spider Claw 3000 headset, you can connect the OpenBCI board from the campaign, along with electrodes to attach to your scalp, and begin measuring brain waves for a variety of uses. The software from OpenBCI is compatible with a number of different open source platforms, such as Processing, so that you can take the data and apply it to your own projects. 3D printing makes the OpenBCI even more accessible as it allows users with a variety of head shapes and sizes to print a headset tailored to their own head. Watch the Kickstarter video for a more detailed idea of how the OpenBCI project works:

With eight days to go, at the time of this writing, OpenBCI has already exceeded its $100,000 Kickstarter goal by about $23,000, indicating that there is a demand for open source brain scanning in the market. Strange as this might sound to grandma and grandpa, such a tool has a number of purposes.   $300 OpenBCI board can give Makers the ability to design brain-controlled visualisers. For more advanced users, such hardware makes it possible to create apps, video games and robots that will respond to your EEG signals. Biohackers suffering from anxiety, depression or other diagnoses found in the DSM will love the chance to hone their biofeedback skills. There are other brain-computer interfaces out there, but because OpenBCI is open, what you can do with the hardware is limited to the extent of your imagination and programming skills. 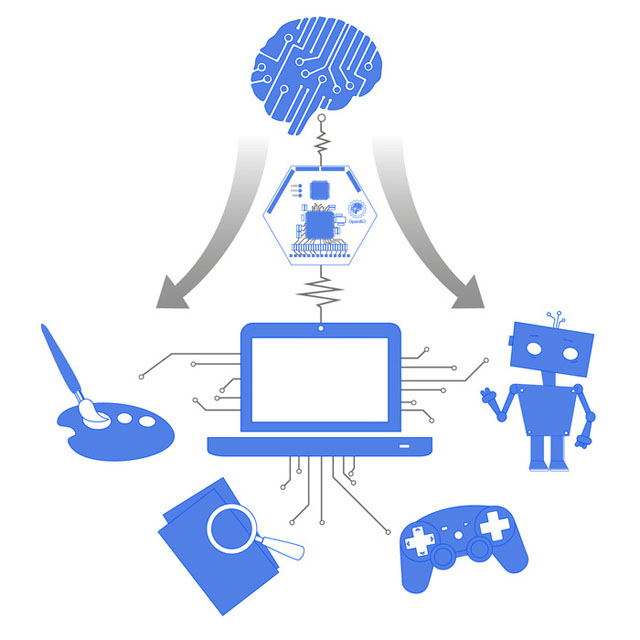 I’m excited by the prospects of an open source brain-computer interface and the guys at OpenBCI seem nice enough. My only hesitation is that the project was originally funded by DARPA, the research arm of the US Department of Defense. I’m all about brain scanning, but, after seeing what the US government can do with my non-neural data, I’m a little nervous about what they’d do if they could scan my brain.