Cambridge, Massachusetts, based Onshape is shaping up to be one of the defining CAD software for the next generations of engineers and designers. Perhaps more than its competitors it is the most focused on cloud and mobile CAD, offering a professional 3D CAD system that lets everyone on a design team work together using any web browser, phone, or tablet. Now the software has moved out of the beta testing phase, into commercial release. At the same time the company also launched a new App Store, which is currently in private beta, with 24 partner software publishers and developers already present with custom Apps. These include popular mass 3D printing companies such as Materialise (with its 3DPrintCloud) and Pinshape. 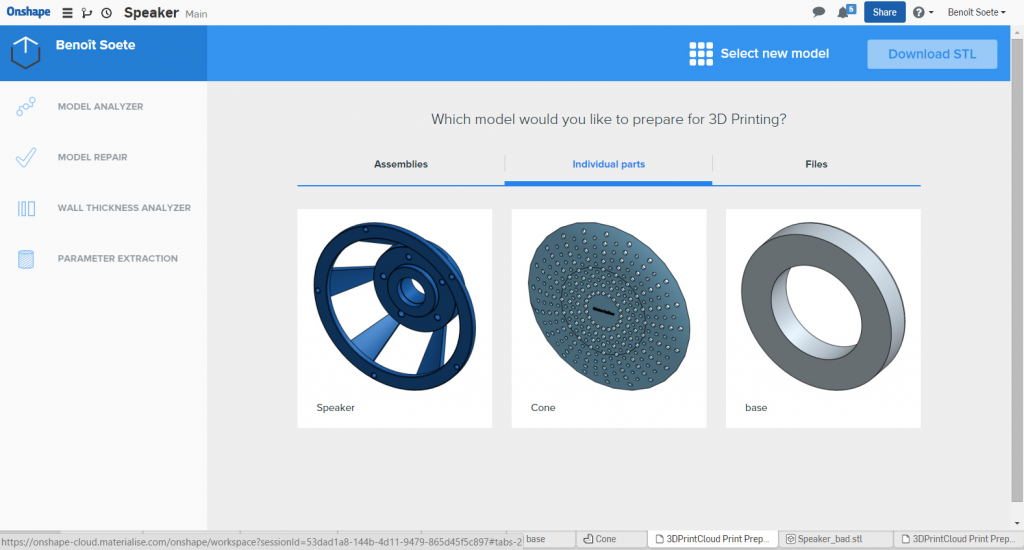 “We are ready for prime time, we’re production ready,” said Onshape CEO John McEleney. “It’s been a year of not only amazing development momentum, but customer momentum as well. I’d like to thank our production-level customers across many industries who helped bring us to this point. You’re helping us build Onshape every day. Although we have much hard work ahead of us, I am extremely excited about how our customers continue to react to the improvements we make to Onshape every few weeks – he added – we’ve built a world-class team and a product. Now it’s time to build a business.”

Onshape was tested by over 10,000 users for 400,000 hours. They created 4,000,000 modeling features, imported and exported 390,000 CAD files, and created 325,000 STL files for 3D printing. With Onshape Beta, users were able to do full CAD editing and version control on mobile phones and tablets. One in six Onshape sessions were on mobile devices, and over 50% of Onshape Professional users use mobile. During beta, Onshape achieved over 99.9% uptime and Onshape users experienced virtually zero crashes and lost work. In fact, its full-cloud architecture seems to have virtually eliminated the concept of CAD crashes and lost work. 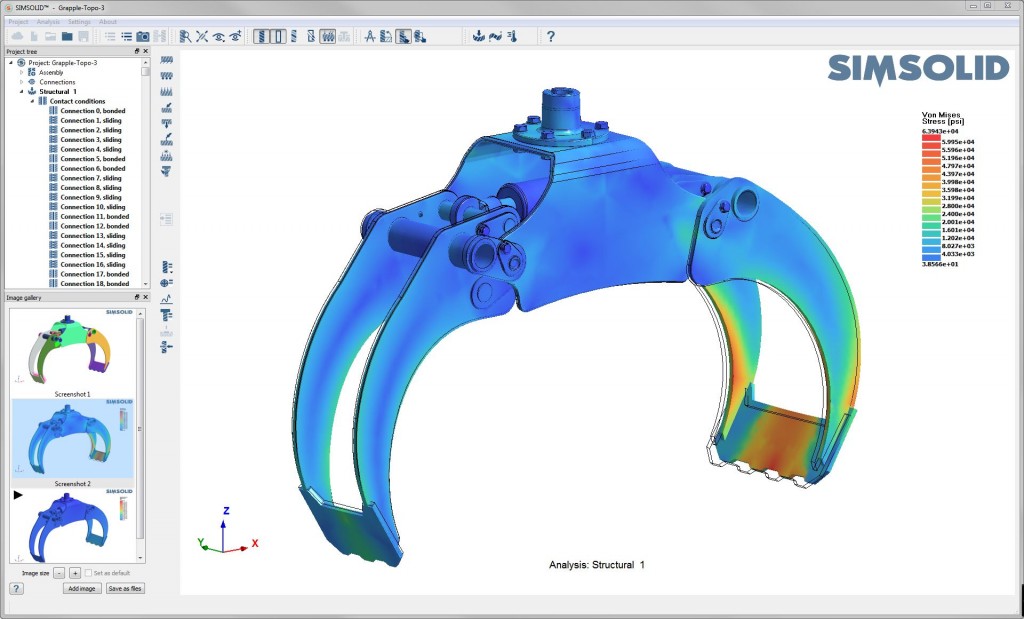 To further support its growth, the company recently opened offices in India and Singapore and has welcomed the formation of Onshape User Groups everywhere from Europe to Australia. The software has been used in more than 150 countries. According to data reported by Onshape, over 1,000 users have attended in-person Onshape meetups and over 200 schools and universities have started using the software.

“This wasn’t your typical beta test. When we started Onshape, most industry insiders thought a production CAD system that ran entirely on the cloud could not be built,” said Onshape VP of R&D Dave Corcoran. “We’re very proud of what our team has achieved. We know we still have a lot left to do, but the foundation the team has built is strong and they are adding more functionality rapidly.” 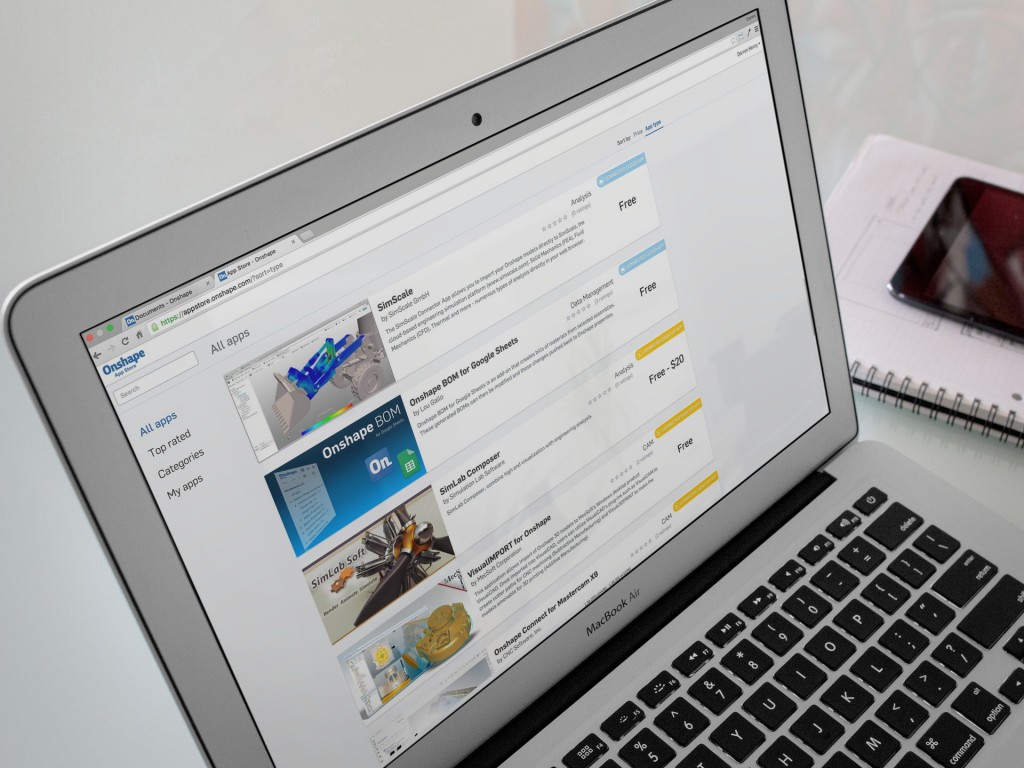 For its next phase, Onshape is aiming to offer an Apple App Store/Google Play level of usability by introducing its own App Store, an open marketplace offering a wide product selection and a convenient way to browse, try, buy, and use them. Twenty-four application developers are partnering with Onshape for the private beta launch. The company plans to open the store to the public early next year. All of the partners so far endorse Onshape’s freemium business model and have either a free version or free trial of their apps.

“To get their jobs done, engineers need more than just parts, assemblies and drawings,” says Onshape founder Jon Hirschtick. “They need simulation, manufacturing, rendering, and things that we can’t even imagine. Onshape is pioneering a new model for applications in the CAD world by bringing all the benefits that CAD users love about Onshape to the world of CAD applications – he added. For the first time every CAD user is just a few clicks away from every application. It’s easier than ever for users to find apps, and for apps to find users.” 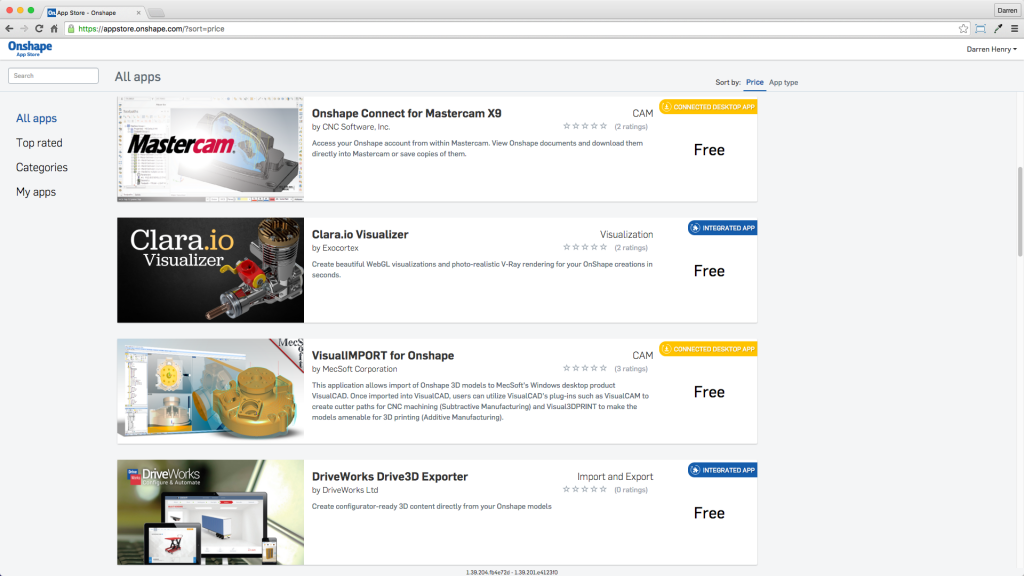 Current partners include several high-end professional tools as well as some Apps that many casual and mass 3D printer users are already familiar with, such as 3D printing design marketplace Pinshape. With the Pinshape app, 3D designers can easily export their models from their working environment directly to Pinshape’s 3D marketplace to sell or share with the 3D printing community.

“We’re very excited to be partnering with Onshape to help their community share & sell their work,” said Lucas Matheson, CEO of Pinshape.  “We’re seeing significantly more skilled engineers participating in 3D printing and using their CAD skills to design really impressive products for 3D printing. I know our community is looking forward to seeing the designs that are uploaded through the platform.” 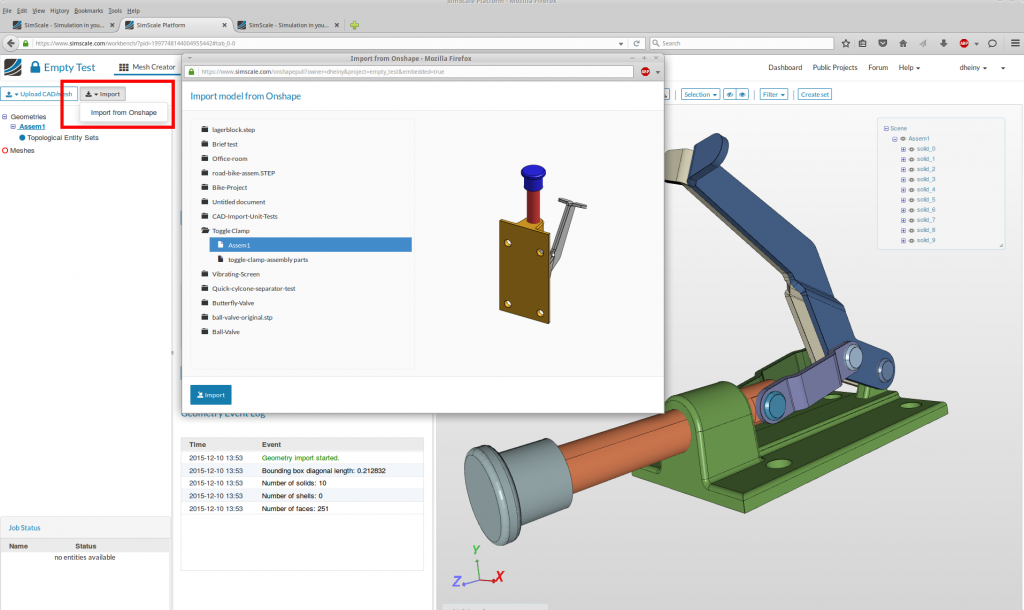 Another popular App already present in the store is Materialise’s 3DPrintCloud. This professional tool can be used to analyze and repair a design for 3D Printing. The collaboration helps alleviate pitfalls commonly associated with 3D printing workflows by plugging the Onshape community in to software technology that facilitates the process of turning their 3D designs into physical parts. Onshape can thus rely on Materialise’s cloud solutions to support their users in the 3D printing process.

“For more than 25 years Materialise has focused on developing software that supports various industries, and empowers useful applications of 3D Printing,” said Thomas Moens, 3DPrintCloud Business Line Manager at Materialise. “Through our Materialise cloud technology which streamlines 3D printing workflows with the 3DPrintCloud API, we are able to bring software solutions that serve as the 3D printing backbone for various industries to a broader audience, and Onshape is perfectly suited to deliver this to its community. By collaborating with Onshape, product designers and engineers will be able to 3D print their parts with greater ease as they let the 3DPrintCloud Print Preparation app analyze and help prepare their designs for printing.” 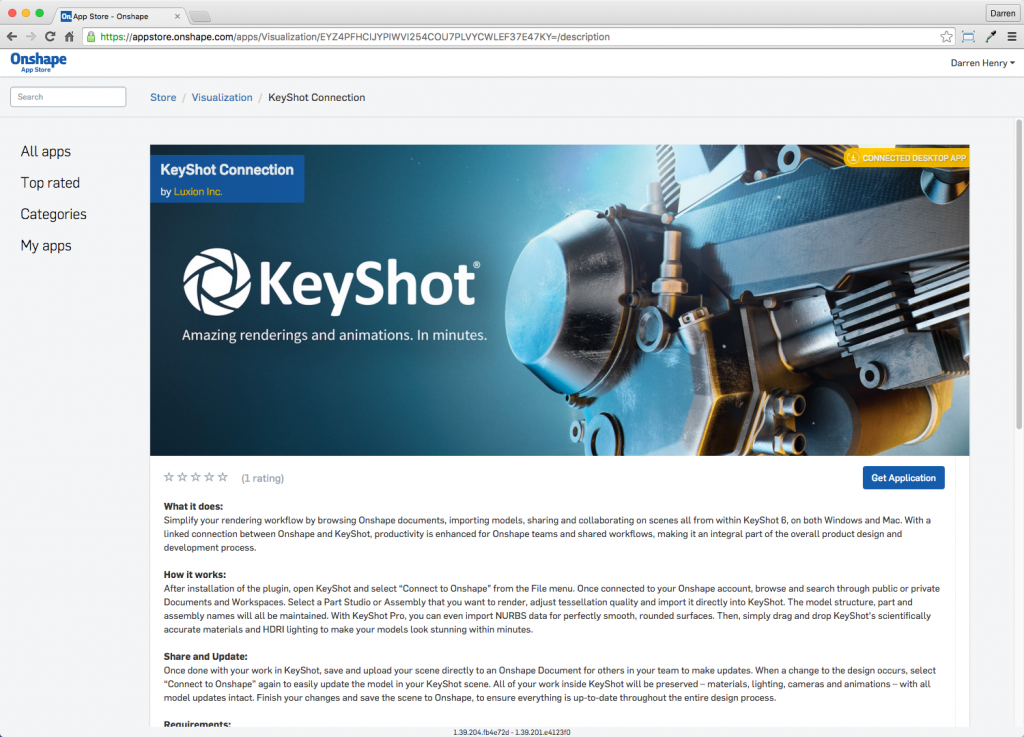 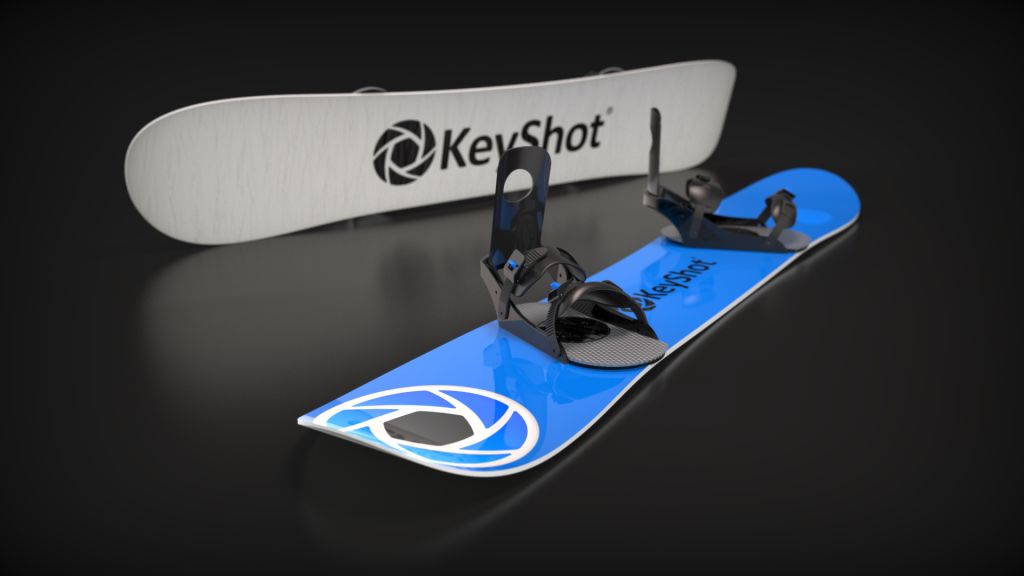