In the first partnership of this kind, CEL, the company behind the Robox 3D printer, has integrated MyMiniFactory’s extensive and curated library of 3D printable models into version 1.01 of its free Automaker software. This means that Robox 3D printer users will be able to access the entire library directly from the Automaker’s project screen, similar to how MakerBot can access Thingiverse via the MakerBot Desktop App.

The difference is that MakerBot and Thingiverse are products from the same company, while Automaker is offering this service through a partnership with a third party model database. The software also integrates both open source Cura and Slic3r slicing engines, two of the most widely adopted software for faster and better quality prints, as well as a number of additional improvements suggested by early adopters of the Robox 3D printer. 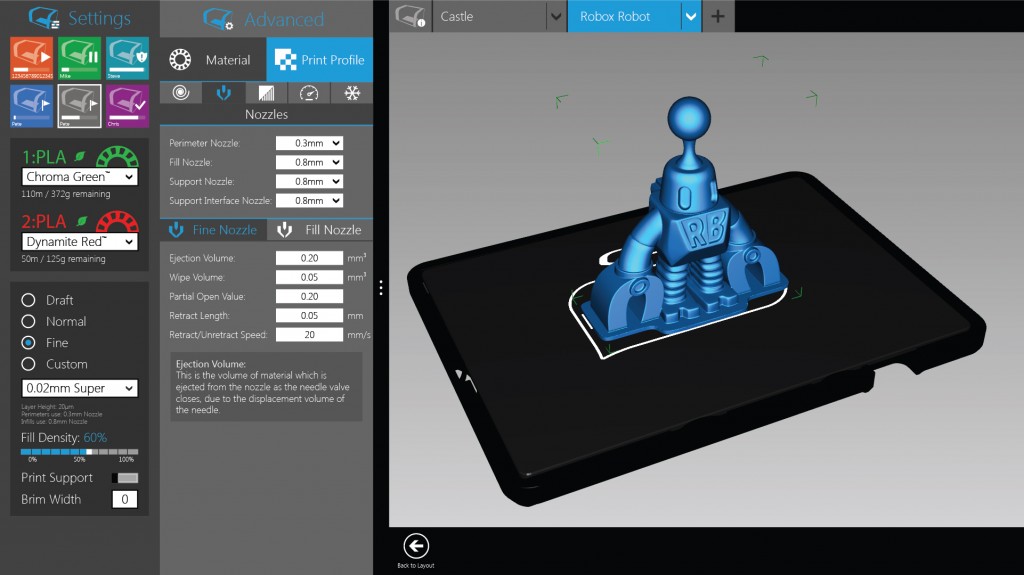 While MyMiniFactory offers an extensive selection of 3D models that adhere to minimum mandatory qualitative standards, CEL has anticipated that the software will also be connected to additional online libraries in the future, designing Automaker with this purpose in mind. All users will need to do to print objects from MyMiniFactory will be to select the object they desire and place it on the virtual print plate.

For MyMiniFactory this operation may also be a sign of things to come.  We will likely see more proprietary 3D printer control software integrating such 3D model libraries and, thus, making 3D printing even more accessible. Users just need to launch the Automaker software, select the “From Cloud” button, then search for a model and add it to their project, to materialize it at the touch of a button.