After integrating native 3D-printing support into Windows 8.1 and partnering with Stratasys-owned Makerbot to sell Replicators in Microsoft stores, Microsoft has released its first 3D printing app for Windows 8.1. 3D Builder appears to be a user-friendly interface for printing objects from your Windows device, essentially a Microsoft solution for making use of the native 3D printing capabilities of the OS. 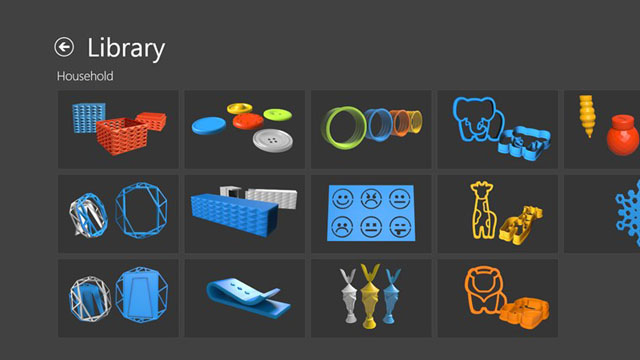 The GeekWire video below demonstrates the app to be something not much more than Repetier-Host or MakerWare. With it, you can orient and scale your 3D models for printing.  What they’ve added is a library of 3D objects, such as toy trains, cookie cutters, a money clip and buttons so that, presumably, if you can’t figure out how to use Thingiverse, you can simply print one of their pre-made items. Of course, if you do know how to use Thingiverse or can create a 3D model on your own, you’ll be able to print those items from 3D Builder as well.

3D Builder may make it easy for Windows 8.1 users to get into 3D printing, but it’s only a foundation for more to come.