The line up of speakers that Materialise put together for the two-and-a-half day World Conference 2015 – the largest yet organized by the leading 3D printing service – immediately gives a glimpse of how difficult a task it is to try to put some order into additive nanufacturing, especially when it comes to its medical applications (which represented at least 60% of all panel speakers).

And, yet, that is exactly what Materialise wants to do and has begun to do, being of of the few companies that occupies just about every segment of 3D printing and uniting within itself several different AM technologies, design software, materials, scanners, and complete service solutions. That was reflected in the number and quality of the speakers, with as many as 4 concurrent talks at any given time, divided between medical, consumer, design, and industrial applications, making it very difficult – if not impossible – to choose which one to attend.

Each talk would be worthy of a dedicated article and, even if, in many cases, those talks had been covered in stories we have already written about on 3DPI, they offered insights into how those stories have evolved.

The story of Dr. Glenn Green, the Associate Professor of Pediatric Otolaryngology at the University of Michigan, who saved the life of a child suffering with tracheomalacia, is a perfect example: at the time, creating and implanting the caprolactone-based, 3D printed trachea was a highly experimental procedure, which the FDA granted special permission to perform. Now, the benefits of this type of operation have been amply documented in several clinical tests. And there were dozens of other such cases such, illustrated by doctors, researchers and university professors that have arrived from every continent. 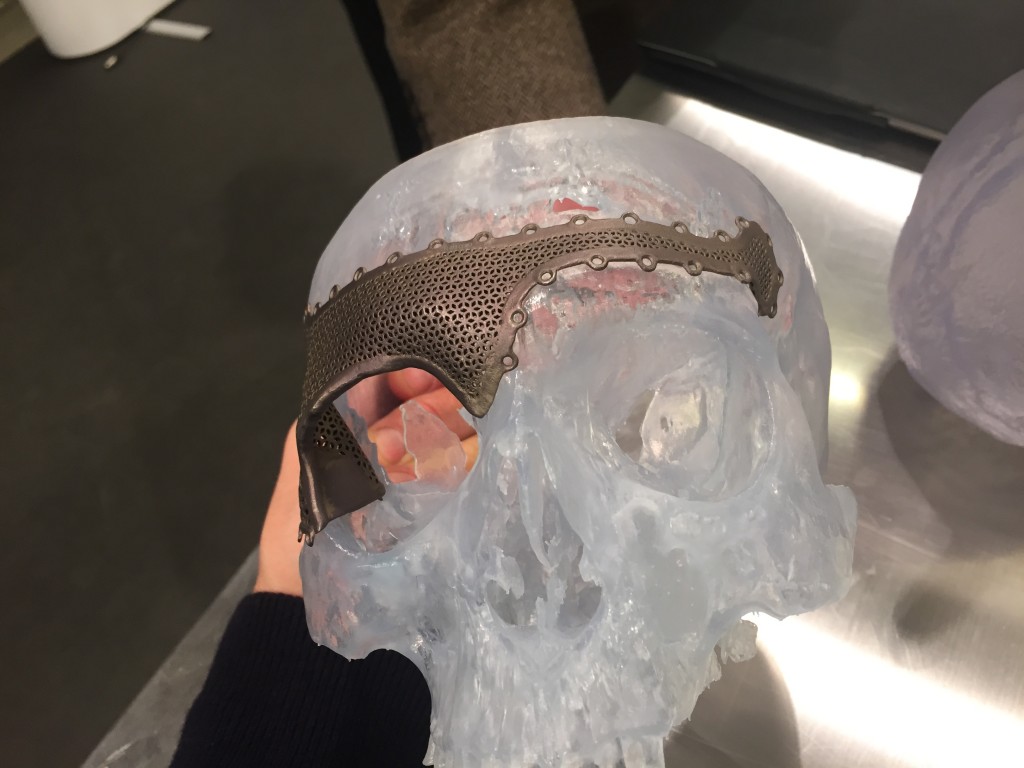 The MWC was a gigantic effort in the international sense, and not only in this sense. It filled the many halls of the beautiful Square (which is actually a large glass cube) location in the center of Brussels, offering a full scope of 3D printing’s current (not future) potential in industrial manufacturing, art, design, education, and consumer applications. Just about every opinion leader, industry analyst, and leading researcher attended and was able to contribute to its success, leaving many of the participants speechless in front of what this company and 3D printing in general have been able to achieve over the past few years.

The road ahead is still very long.  This was reflected in one of the slides remembered most clearly from Wohlers Associates’ opening presentation.  The slide stated that, while the entire 3D printing industry is now worth $4.1 billion, that pales in comparison to any truly mass market product, such as, for example, skin creams, which have a global turnover of $18 billion. 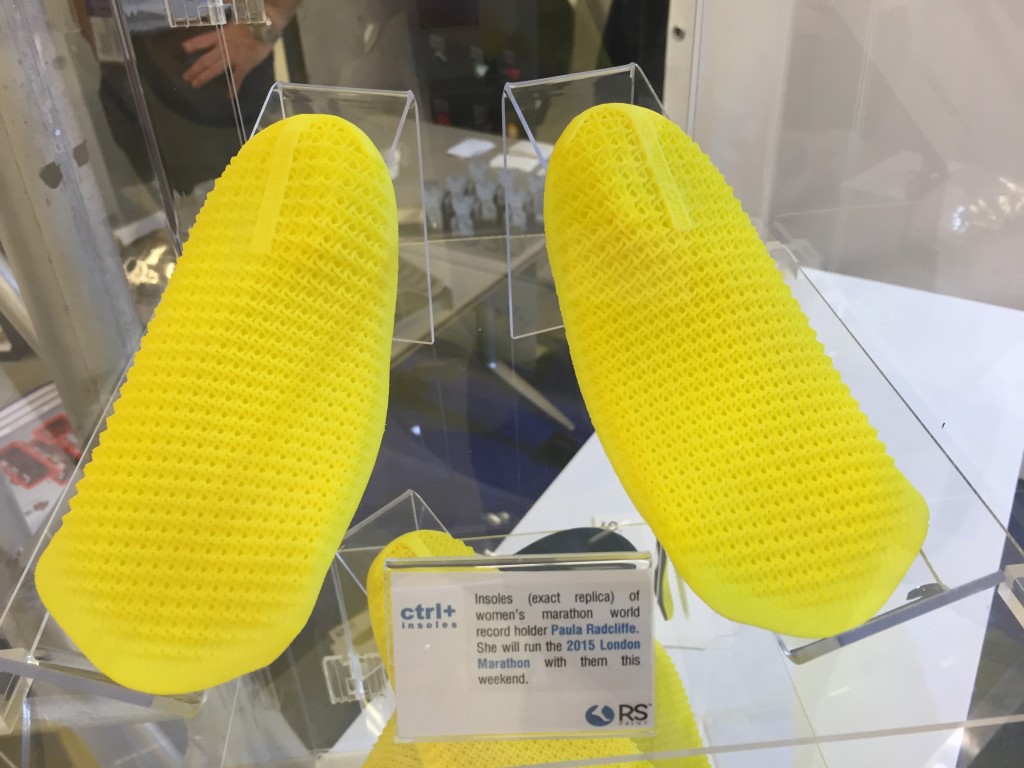 Medical applications represent the sector currently best poised for organic growth and the one that needs the most organizational work, which is what Materialise intends to focus on going forward. “Ever since the very first week we started the company we thought medical applications would be a very important part of what we were going to do,” Mr. Wilfried Vancraen, CEO and founder of Materialise, told me, “We realized then, and we are even more aware of it now, that the medical field is where we have the greatest responsibility and where we can offer the most support. Materialise is one of the companies that has provided the most support to the use of 3D printing in the medical field.”

Now, the company feels that there is a dire need for standardization of these practices at a global level. Mr. James Coburn, who held the ‘3D Printed Medical Devices and FDA Perspectives on AM’ opening talk in the medical applications track, said that they found over 6,000 medical articles written on the use of 3D printing; however only about 200 of these have realistic practical applications. “This is exactly the reason why we invited him and many of the most important opinion leaders and researchers in this field,” Mr. Vancraen explained, “We want them to speak and network with each other in order to streamline and optimize the development and the adoption of 3D printing technologies in the medical field.”

To do this Materialise is set to kick off a series of 5 conferences focusing on the topic of measurement and methodology, in order to create common standards that will speed up and facilitate the process and the regulation of medical 3D printing. “We, as a commercial company, are happy to contribute by launching these conferences; however, we feel it will be necessary that an independent organ takes this venture forward, with the direct involvement of both the FDA and the European Commission,” Mr. Vancraen reflected.

As important as this aspect is, it was, by far, not the only subject discussed. Impressive presentations by Anouk Wipprecht and Xuberance gave the public insights into what can be achieved in terms of commercial and consumer products, while several announcements and visions were outlined by companies such as HP and by many industrial 3D printing adopters. In fact, Mr. Vancraen told me that the whole idea for the MWC2015 began about two years ago, after MWC 2012, with the “Making a Difference – A Difference in Making” exhibit, which showed off some of the most incredible recent design achievements that implemented 3D printing processes. 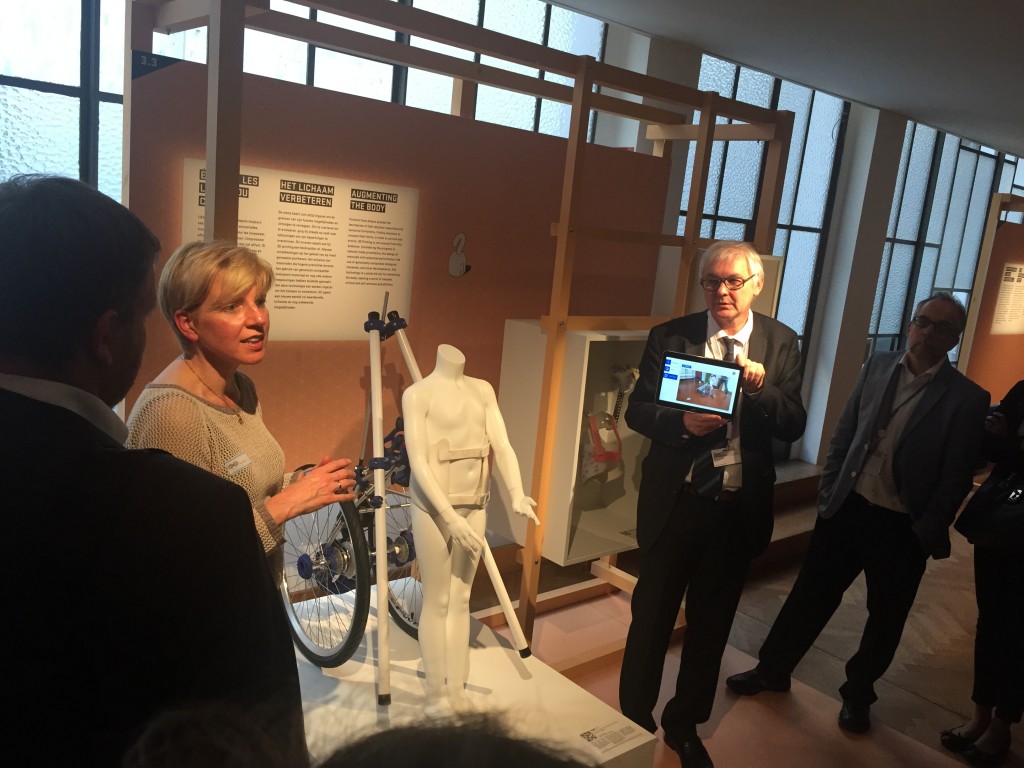 Mr. Vancraen himself took the visitors around and explained the significance of every single item on display, as a further demonstration of the true passion he feels and has put into the possibilities of 3D printing. The next appointment with MWC, he said, will be in time for the next evolutionary phase of 3D printing, which, he believes, will occur between 3 to 5 years from now. It will be difficult to top this year’s event, but I am quite sure Materialise will be able to do it.