Just two years ago, MarkForged made its big debut at SolidWorks with the Mark One 3D printer, the only machine capable of 3D printing reinforced composite parts with continuous carbon fiber.  While other desktop printers might 3D print with carbon fiber filament, made up of chopped carbon fiber particles, MarkForged invented a method for feeding continuous carbon fiber into 3D printed components, yielding plastic parts with the strength of aluminum. Now, at SolidWorks this year, the company, founded by MIT engineer Greg Mark, has unveiled the next generation of its one-of-a-kind machine, the Mark Two. 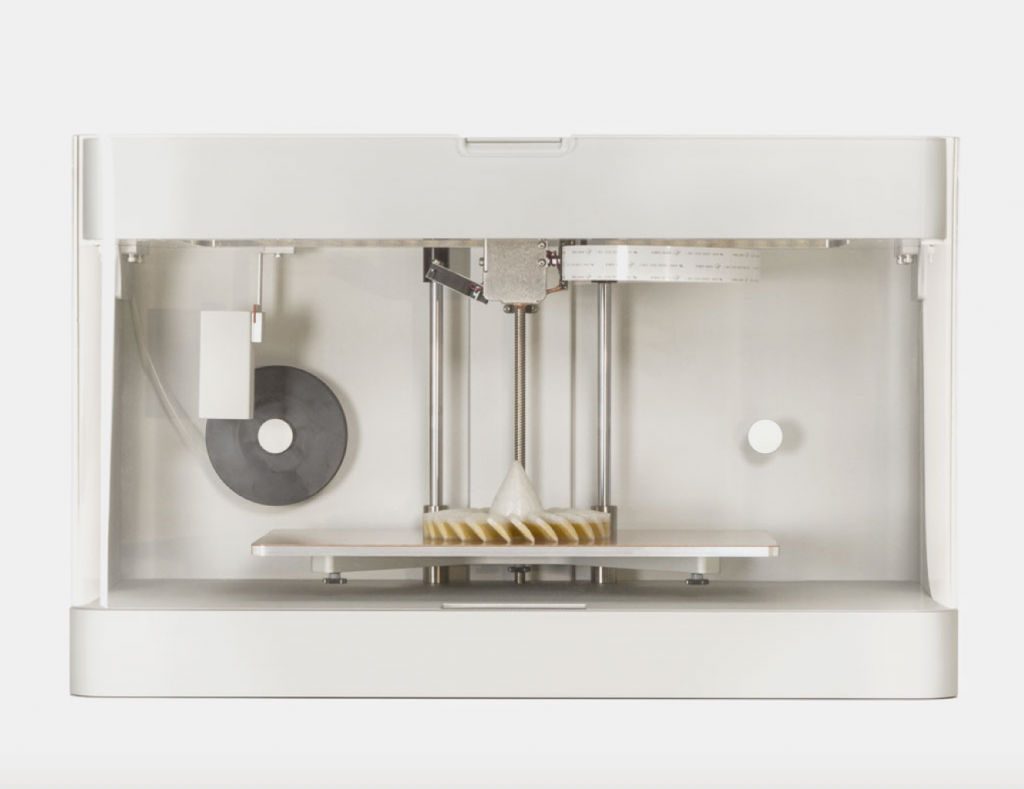 The Mark Two was developed in response to customer feedback, resulting in a machine that is faster, more reliable, and even more capable.  The new system can implement fiber reinforcement in features up to 15 times smaller than before, allowing for even smaller, reinforced parts.  Additionally, the Mark Two is 40% faster at 3D printing reinforcement fiber.  On top of that, MarkForged has added more sensors to the print head to increase the reliability of the printer. Altogether, the company believes, this makes for a printer that is easier to use and capable of printing stronger parts.

When purchased as part of the Enterprise bundle, the Mark Two can be used to print materials with a heat deflection temperature of 140°C, like Polycarbonate. Other materials that the printer can handle are carbon fiber, used for its strength-to-weight ration and thermal conductivity; fiberglass, a cost-effective alternative to carbon fiber; and Kevlar, used for abrasion resistance and flexibility.

Before a full release of the Mark Two, MarkForged is inviting customers to request a demo of the $5,499 Mark Two 3D printer through a local reseller. If you’re one of these resellers, keep your eyes peeled for this guy. He may just try to get his hands on one.