The fourth appointment on my Argentinian visit was with David Cimino, founder and CEO at 3D Insumos. I had learned just the day before that “Insumos” in Spanish means “supplies”, so I figured out that David’s company, founded in 2012, mostly manufactures and sells filaments and parts for 3D printers. That is true, but it is only the tip of the iceberg. 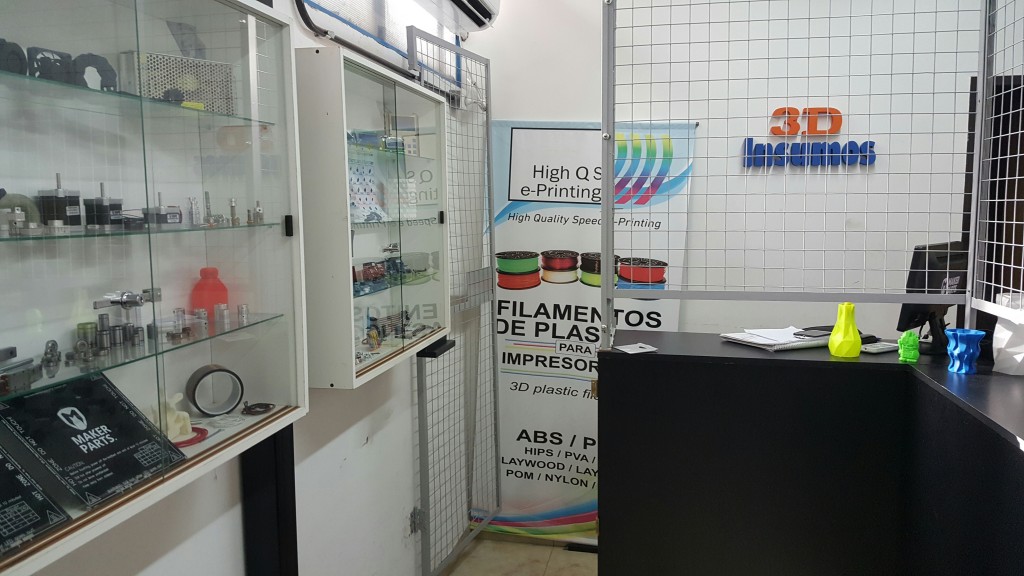 The company also manufacturers Chimak brand 3D printers (which come in many sizes), distributes M3D 3D printers, and it recently launched Nube3D.com, a cloud platform for distributed manufacturing. It is also about to launch a new paste material extrusion system – called the PastaBot – and, believe it or not, 3D Insumos’ parent company – which produces car parts and was founded by David’s father – does so through a very particular type of metal powder sintering technology. 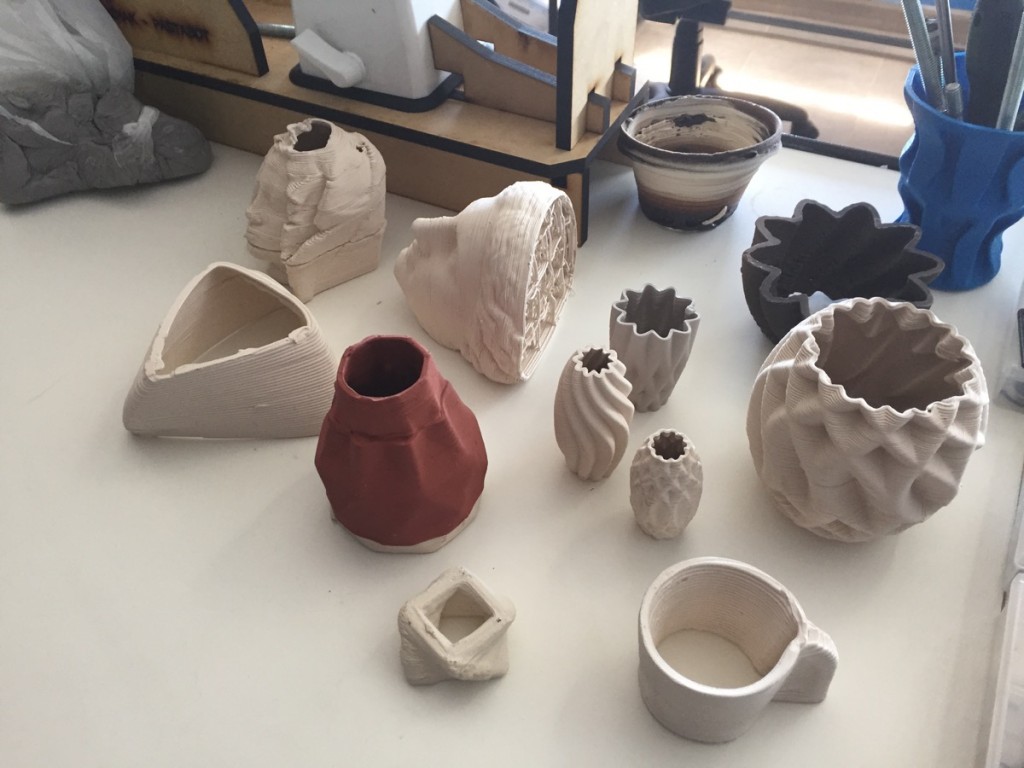 David was kind enough to come pick me up in the morning to take me to the 3D Insumos offices and warehouse in Caseros, about 30 minutes from Buenos Aires. The factory – which is right in the middle of a new expansion phase (both for their 3D printing and traditional manufacturing activities), is where most of the development and assembly of the Chimak machines is carried out.

These are the Chimak CH 101, 3D Insumos’ first model, and the Chimak Leon 200, which is the newer, larger and fully enclosed system. Both machines are assembled in a neatly organized, brand new section of the warehouse’s top floor, with all components lined up and ready for the “assembly chain”. 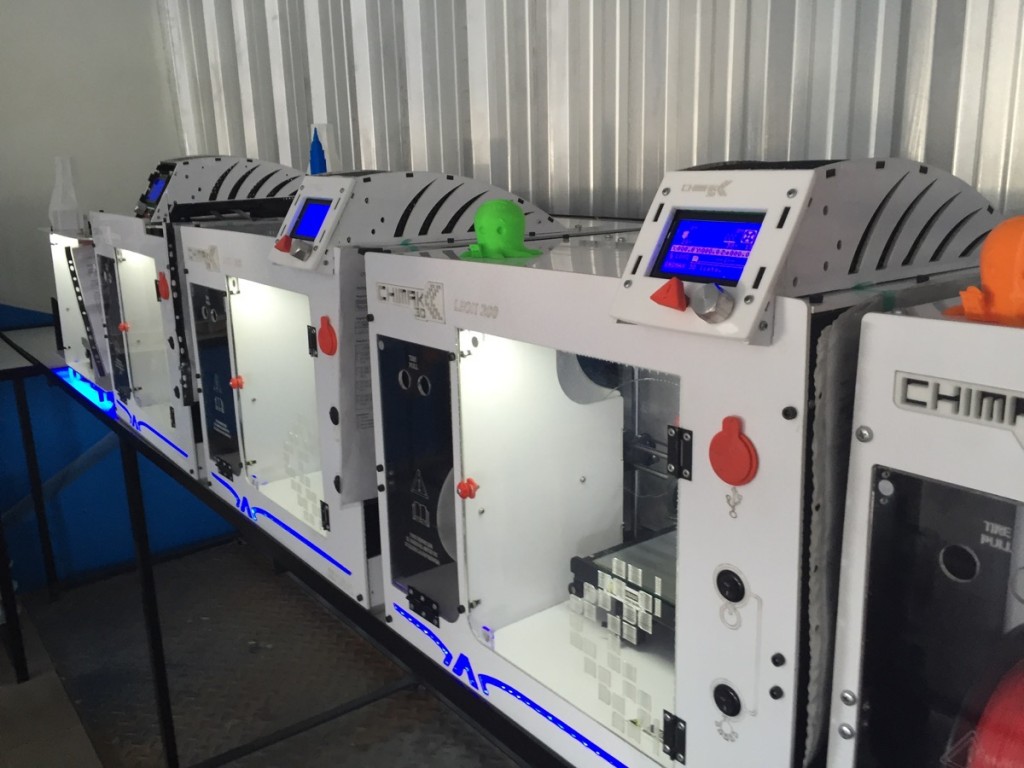 “As Makers, we started importing parts for the 3D printers and then we figured we would start building our own,” David tells me. The reason why they were able to do this is because the national shipping limitations actually did allow for some imports, requiring that the company which does the import also export goods for the same value. “We began with one machine, then two, and slowly worked our way up to regular production.”

Since the mother company run by David’s father manufactures and exports car components, they can import 3D printer components, like PCBs, stepper motors, metal rods and bearings, as well as the base components for filaments (which they now extrude in-house). 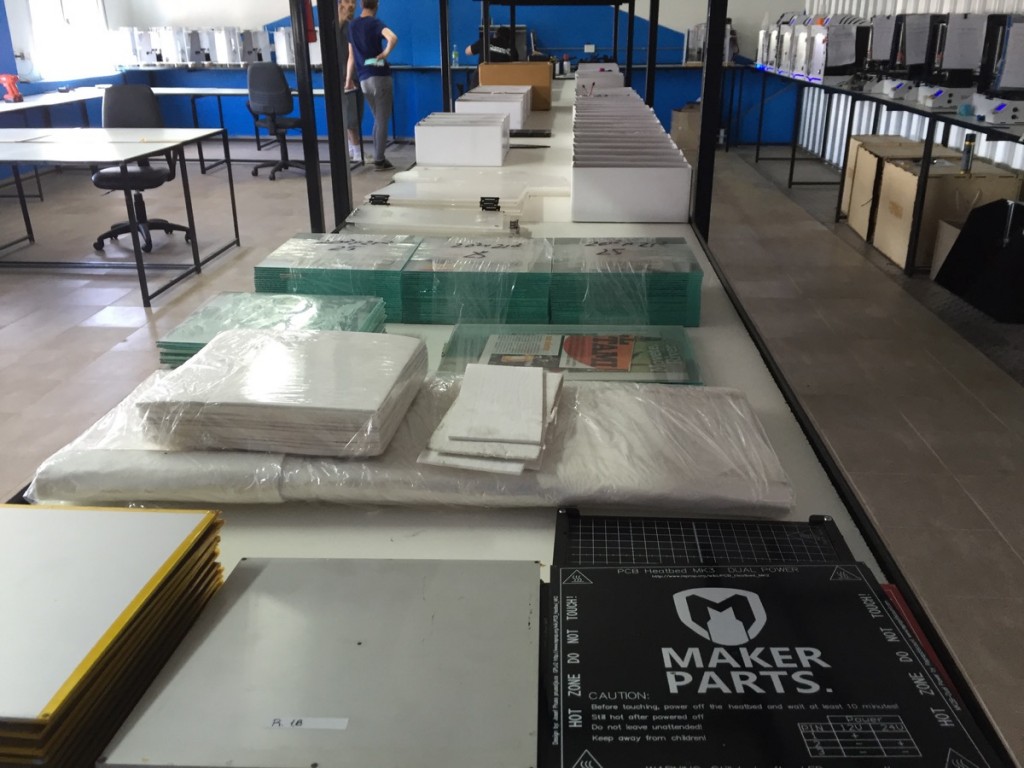 Like other 3D printer manufacturers I visited in Europe, 3D Insumos was born as the rib of another manufacturing company. David’s father, who emigrated from Italy, founded this firm out of a true passion for machinery, as he invented a method for producing metal parts at a much lower cost and higher speed, starting from metal powder.

This particular “analogic additive process” is not entirely different form injection molding and consists of filling a mold with powder and compressing it, to create the “green” part, before sending it to an oven for sintering. This “invention” enabled David’s father to compete with companies much larger than his, so, in a way, his process was a precursor to 3D printing as a distributed and rapid manufacturing method. 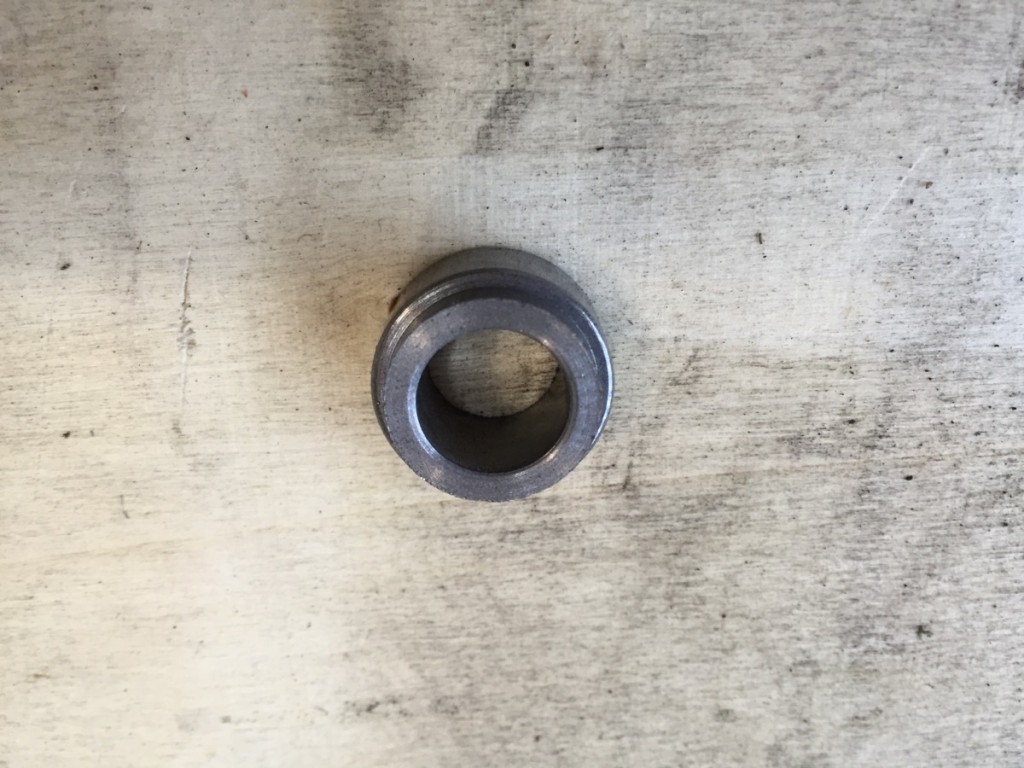 David and his business partner are Makers at heart and a lot of what they do is based on continued research and development. The next product set to be launched is a paste material extruder, both for foods and – more importantly – for ceramic 3D printing. This is being developed in a dedicated room, next to the assembly line, however the bulk of the research and development activity takes palace in small garage nearby, filled with all types of 3D printers (from 3D Systems’ Projet 1200 to the first Mini Metal Maker I have ever seen in person). 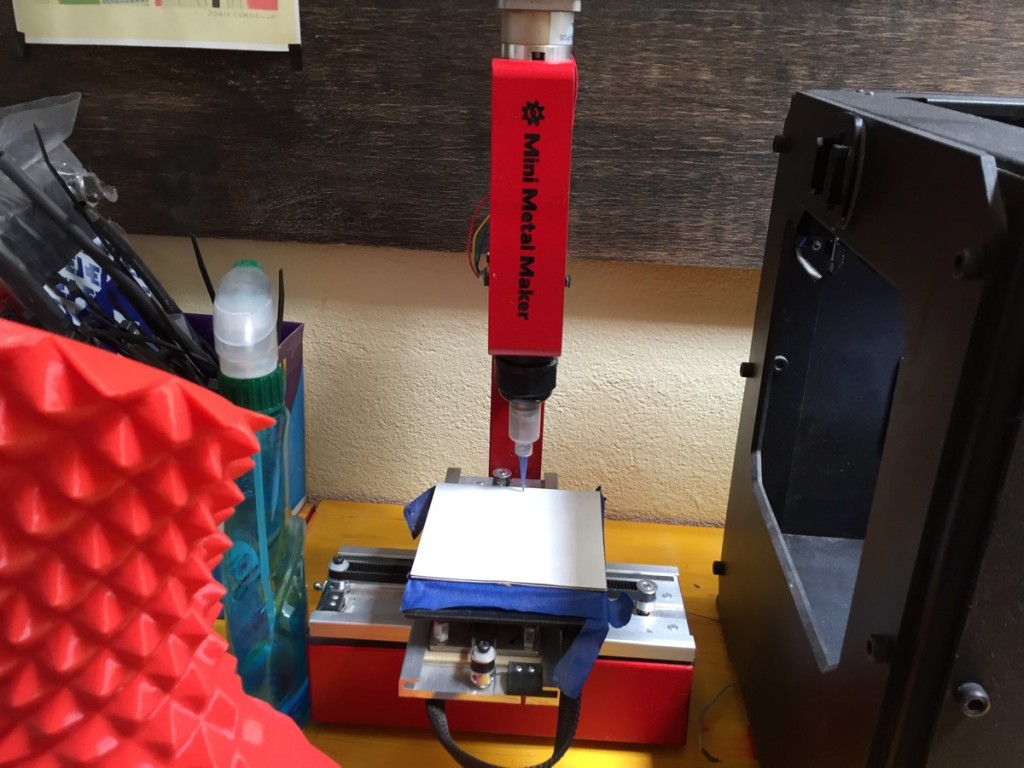 This is where the Big Machines are put together. They look similar to BigRep’s systems and they have already gone through several iterations. The huge, new Chimak Keogan is currently being produced on demand, but David said that they are going to be available to all for a price of around $20,000. Before heading to the garage, David also showed me one of their biggest online projects: Nube3D.  This Spanish-language 3D Hubs-like network wants to enable users to rapidly access 3D printing services in their area. All they have to do is select if they want to use or offer the service and upload their file. 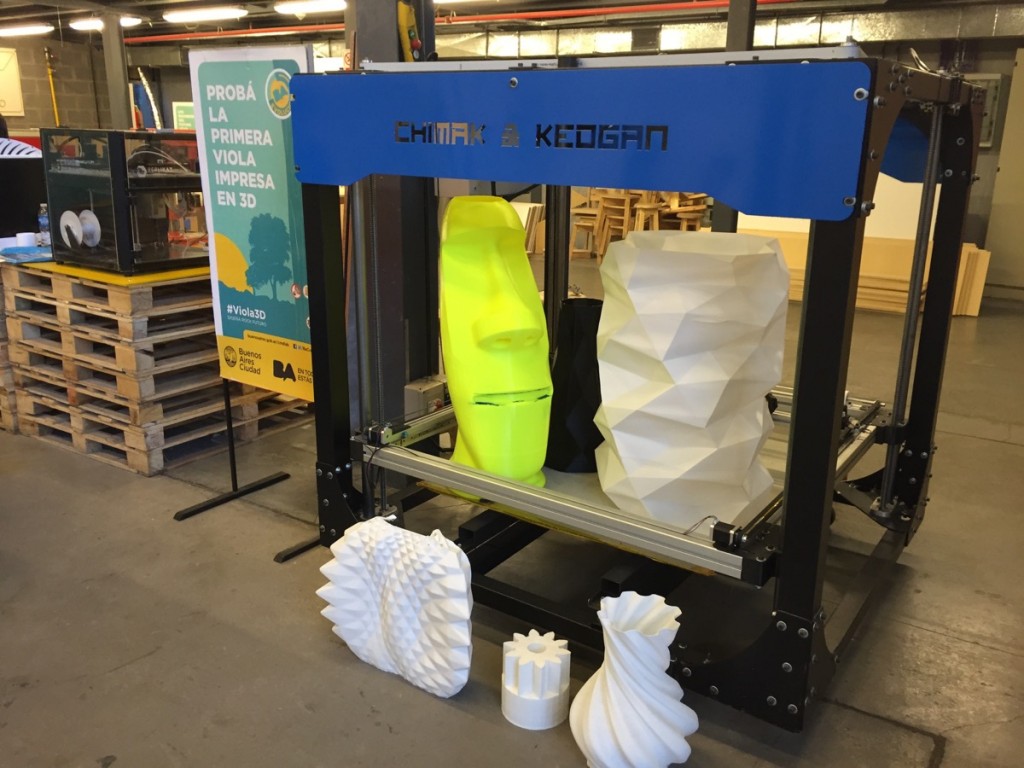 After the now anticipated business lunch (all the legends you’ve heard about Argentinian “asados” are entirely true and, if anything, they underestimate the phenomenon) David and I headed back to Buenos Aires to visit some of the FabLabs that 3D Insumos supplies with 3D printers and parts. The first we stopped at is the CMD Lab at the Centro Metropolitano de Diseño. 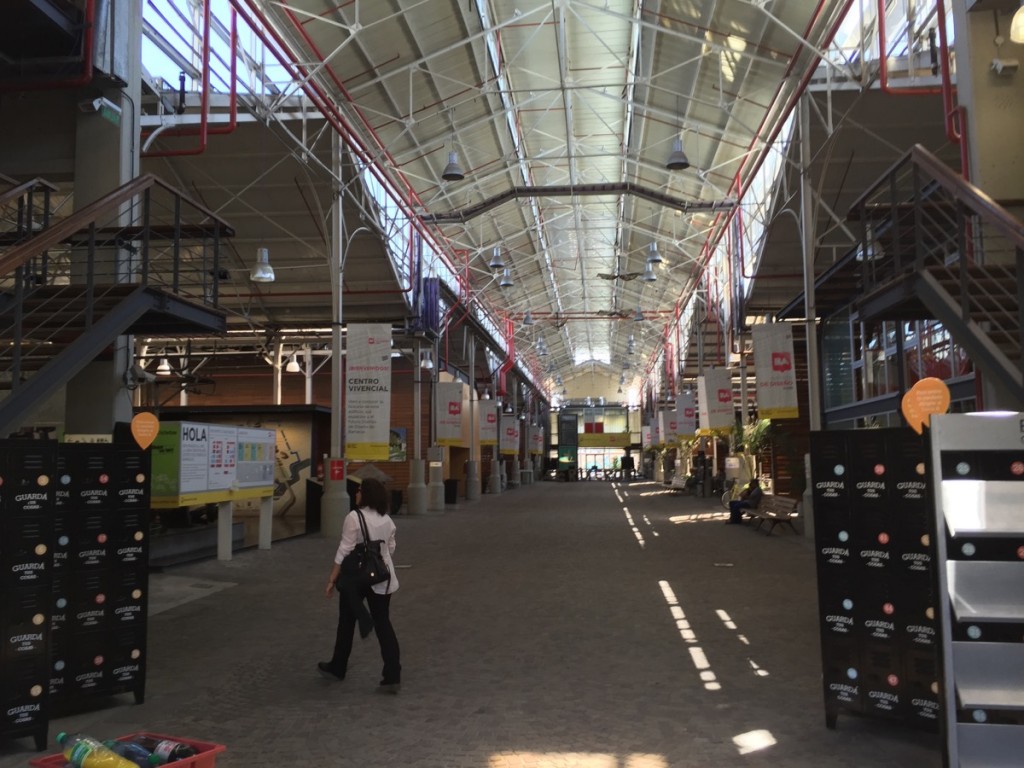 The CMD is an absolutely gorgeous structure (which looks very similar to Brooklyn’s New Lab) that the government built in the South of Buenos Aires. It was meant as a way to use design and technology to jump-start creativity in Barracas, one of the poorer districts of the city. The entire structure is huge and houses several startups focusing on sustainability and smart cities. The Laboratorio de Fabrication Digital inside it is run by Maximiliano Torres Sagardoy. 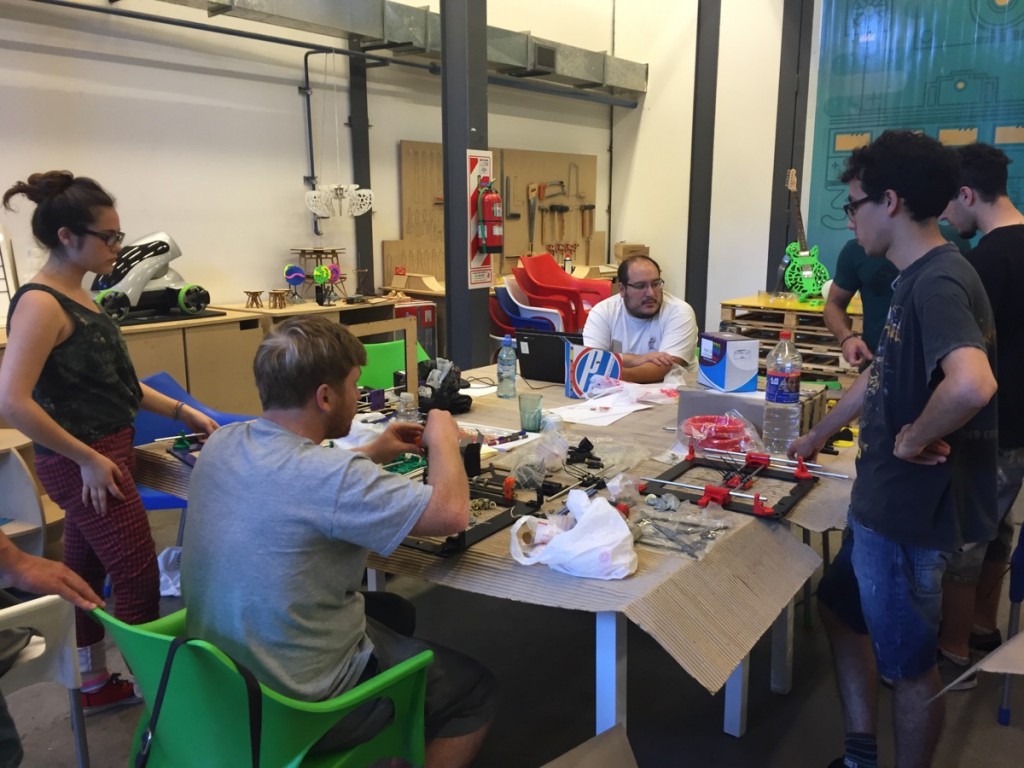 Just as we’re visiting, five students participate in a course on building a RepRap Prusa 3D printer. In another room, 20-something-year-old Gino Tubaro works on his project to create a series of 3D printable modular prosthetics through a parametric software, which uses Autodesk’s Fusion 360. He says the software is ideal because it combines some of the better features of both SolidWorks and Rhino, showing off quite an in-depth knowledge of all three.

Creativity seems to abound here in Buenos Aires. I have yet another confirmation of this as we head to the 3DLab Fab&Cafe, conveniently located only a few minutes away from where I am staying in Palermo. This is probably the first actual 3D print shop of the city. It carries several different machines, including Chimaks and, also, the super-affordable M3D Micro.

Here I meet with Paulus Juarez Brizzi, who founded a 3D printing design studio called Priz Factory, which specializes in 3D printed musical instruments He has created several of them, including a violin, flute, and a perfectly functional ukulele. This is the sound that 3D printing makes in Buenos Aires.