Cody Wilson, now infamous for 3D printing a fragile plastic gun called the Liberator, has continued to trigger controversy through various initiatives, quotes, and actions.  A run down of some of this controversy can be found in my coverage of his most recent escapade/attempt to behave like a normal citizen of capitalism, in which Wilson attempted to ship a product (a small-scale CNC mill) produced by his company, Defense Distributed, to his customers via FedEx, but was denied because of the fact that it was marketed towards home gun manufacturing.  Now, it seems, that Wilson has been glock-blocked once again, this time by MarkForged, the manufacturer of a powerful and unique 3D printer capable of 3D printing composite parts made from carbon fiber, Kevlar, fiber glass, and more. 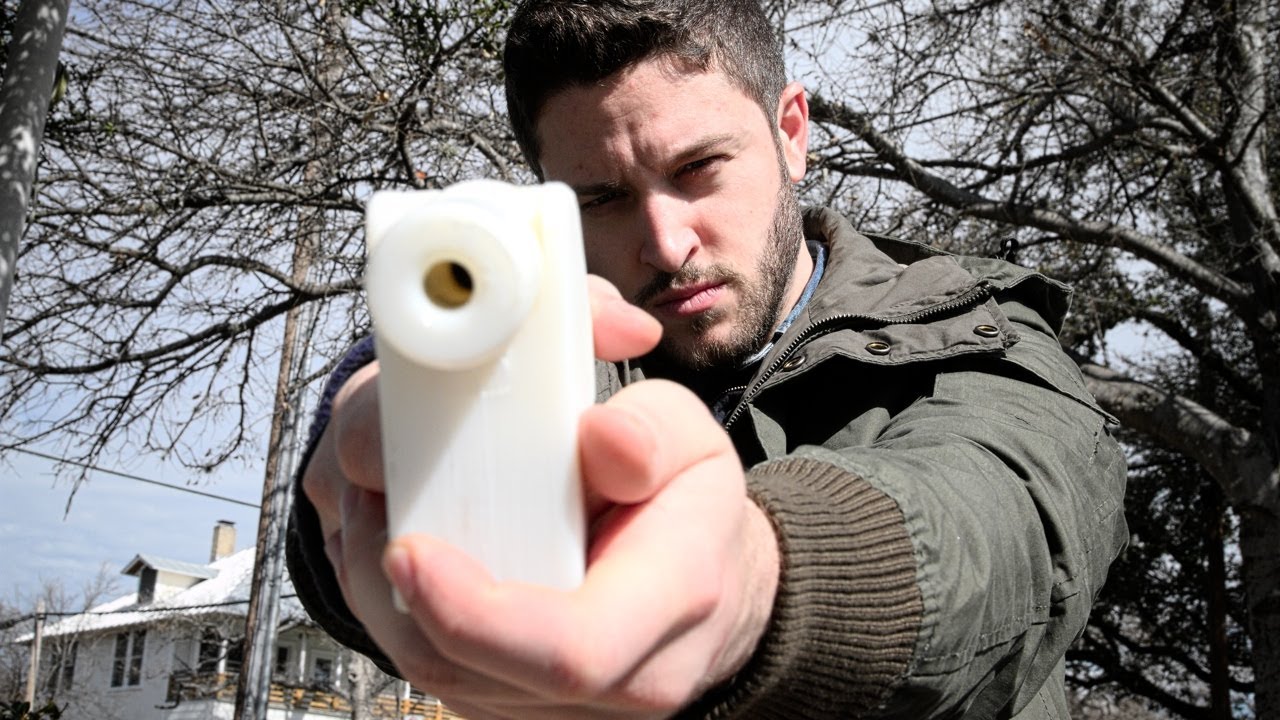 In a startlingly dark YouTube video (embedded below), Wilson calls out the manufacturer for refusing to send him their Continuous Carbon Fiber 3D printer, the MarkOne, offering to refund his money.  The gun (manufacturing) rights proponent, with characteristic histrionic arrogance, states the teleological likeliness that he’ll get his hands on the printer and 3D print a gun:

The self-proclaimed crypto-anarchist adds, “If you can get me the MarkOne carbon fiber 3D printer because I can’t have one… $15,000. No questions asked.”

The printer, which typically retails for $5,499, utilizes a proprietary printing process for fabricating objects with a higher strength-to-weight than 6061 Aluminum and 20 times stiffer and 5 times stronger than ABS, due to the ability to feed continuous strands of composite material into a plastic print.  Wilson is so keen to get his hands one, that he’d pay three times the price, because, in addition to the fact that it was denied him, the machine could print a reinforced plastic gun that is 20 times stiffer and 5 times stronger than Wilson’s original Liberator pistol.

Comments are frequently issued when 3D printed plastic guns come up about just how dangerous they are to the user of the firearm.  Videos have surfaced showing the guns exploding upon firing and, often times, when individuals print guns at home, they have to test them first with remote firing, so as not to injure themselves.  With the ability to 3D print a reinforced firearm, Wilson would demonstrate a further proof of concept of the possibility of low-cost, low-skill, home weapon manufacturing.  With $5.5k, individuals, as opposed to States and weapons companies, can begin 3D printing durable guns at home.

When it came to Wilson’s previous encounter with FedEx, I could understand the legitimacy of his complaint.  Even if the Ghost Gunner was marketed as a gun manufacturing tool, it was, in the end, a CNC machine.  In the case of the MarkOne, however, I applaud MarkForged for refusing to sell the industrial-grade home fabbing device to a known weapons manufacturer, particularly one who values his individual freedom over the right to safety for everyone around him (an opinion I go into in more depth here).