Korean 3D printer manufacturer Carima was a big highlight of the Euromold show in Dusseldorf last year, with attendees huddling around their booth to see the company’s ultra-fast C-CAT 3D printing technology.  Like Carbon3D’s CLIP process, C-CAT is a continuous DLP technology that can produce objects with great speed and with little noticeable layering.  Unlike Carbon3D, Carima has stated that their technology is ready to hit the market. 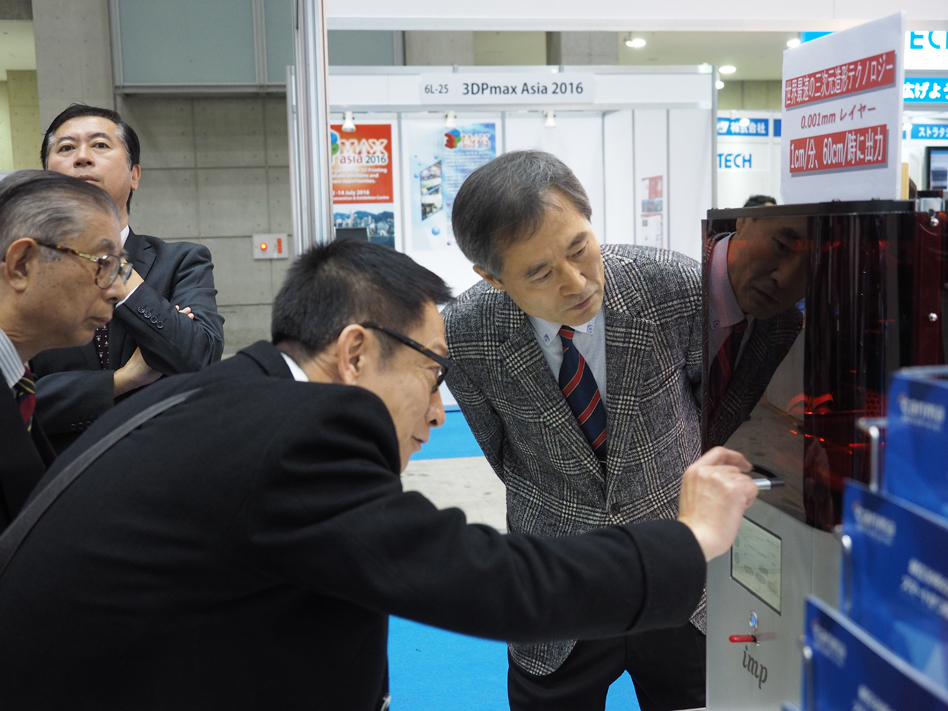 At the 3D Printing Expo in Japan last week, the company not only showed off their C-CAT process once more, but also announced that it would be available for purchase within the year. The first model to feature their continuous additive 3D printing technology will be called the imp.

Capable of printing with plastic, flexible, and casting wax materials, the imp will be marketed towards the jewelry and dental industries, as is often the case with DLP 3D printers given the high-resolution, castable prints made with DLP machines. However, the imp will stand apart from the rest because it will be able to print at 60cm³ per hour at layer thicknesses of just 0.001mm, which is about twenty times faster and 100 times finer than existing DLP technologies. This same C-CAT process will also be introduced into Carima’s existing DP110E systems so that, soon, high-speed printing will be the standard for Carima.

If released soon, the imp will put Carima ahead of other manufacturers of similar high-speed machines, like Carbon3D, in terms of getting their technology to market. With an established distribution network across 30+ countries, including Asia, Europe, and the Middle East, this could increase the company’s status in the 3D printing industry. The Korean firm is seeking resellers worldwide and suggests that they have already been well-received by over 20 companies at the Japanese expo. When the imp is finally released, I can only imagine the reputation they might receive.