Set apart from the other 3D printer manufacturers, and somewhat hidden away among the stands for large subtractive and formative companies at Euromold, Korean company Carima gave an impressive demonstration of its new C-CAT technology, a type of continuous DLP that enables ultra-fast photopolymer 3D printing, with speeds of up to 60 cm per hour (1 cm per minute on the Z axis). This would make it as much as 400 times faster than existing DLP technologies, at comparable accuracy.

Harison Ryu, Carima’s marketing manager described the new technology – which has been dubbed C-CAT for Continuous Additive (3D printing) Technology – as the fastest on any currently available system. Judging by the real time video that Carima just released (see below), he may be right.

The video shows a 100 mm Eiffel Tower being 3D printed by the Carima 4S 3D printer in under 10 minutes, with layer thickness set at 20 microns. According to Carima, the surface of the objects printed by C-CAT can reach even higher levels of smoothness, with resolution as high as 5 microns, which means that the layer definition is invisible to the naked eye.

Carima made no direct references to the challenges of 3D printing solid structures using the Carima 3D printer, something which other continuous DLP technologies seem to have encountered some difficulties with. In an official statement, the company did however hint that its C-CAT technology does not require the same, expensive oxygen membrane as Carbon3D’s CLIP technology. 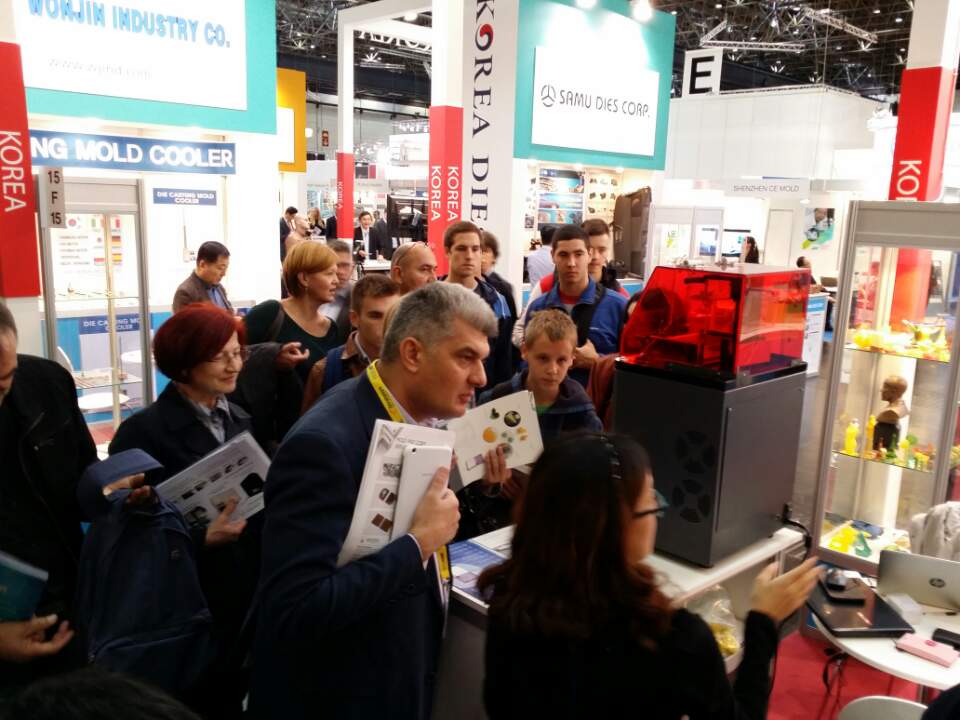 Another significant advantage of the Carima 4S project is that it already has a launch date, scheduled for sometime before the end of 2016. If 2015 was the year of low-cost resin printing and photogrammetry, it looks like next year – with many new technologies on the way, including HP’s MJF – is going to be the year of high-speed 3D printing.