When I was little, everything was a button to push. For kids these days, everything is a touchscreen to swipe. Maker’s Empire in Australia has taken advantage of the new generation of tablet-friendly children by making a simple 3D printing app that is ideally suited to touchscreens. With Maker’s Empire, those without the ability to navigate complex CAD programs will be able to 3D print their own objects with ease — apparently.

Similar to Tinkercad, Maker’s Empire allows users to assemble simple shapes to build more complex objects. Users can also draw and write, as well as import more elaborate designs for modification. The app differs from Tinkercad in that it is an app, a simple CAD tool designed specifically for tablets. As the makers of Maker’s Empire have suggested, tablet use is only going to grow and is already present in many schools throughout Australia. And, so, the team behind the app hope to pair simple software with a simple device for an easy user experience. 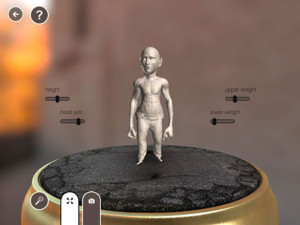 In order to test out just how novice-friendly their app really was, the team behind Maker’s Empire hosted a few pilot classes with schools in Australia. They designed lesson plans aligned with the Australian National Curriculum and gave them to the teachers. Soon, students were designing their own 3D printed items on their schools’ iPads faster than you can say “CAD”. You can watch one of their classes below:

Of course, Maker’s Empire isn’t just for kids. The app is perfect for anyone who might lack sophisticated 3D design skills. Maker’s Empire even tested their product with more elderly users, hoping that they could corner the extreme ends of the age spectrum, and found that two sixty year old women could manage the modelling tool, as well. The company is in the process of licensing their app as a complete curriculum package, with online resources and lesson plans, to schools. They also hope to establish partnerships with 3D printer retailers to bundle their software with existing hardware.

With the increasing number of simple apps for 3D modelling released on a regular basis, it’s only a matter of time before anyone can pick up a tablet, craft something quickly in 3D, and print it on their own 3D printer or at a local service bureau.