MakerBot has launched a flat out assault on the West Coast with an aggressive new marketing strategy. Does this mean that the company’s problems are behind it and we’re about to see the MakerBot revival?

The Brooklyn company has set up a demonstration center in California, appointed a West Territory Manager and sent printers to a number of key institutions for evaluations and honest reviews.

The company has gone through some hard times of late, after Stratasys took control of MakerBot in a $604 million deal in 2013.

Technical issues with the Smart Extruder, a backlash from the 3D printing community after taking a good deal of open source technology and a variety of other issues with recent printers combined to decimate MakerBot’s reputation. Last year it was laid off 20% of its workforce on two separate occasions and in April this year it outsourced production to Jabil.

At one point MakerBot seemed to be circling the drain and it launched its MakerBot Replicator Mini Compact 3D Printer with a 60% discount.

That’s the bad news. The good news is that the MakerBot Replicator has overcome most of the teething troubles and has found a home in businesses and schools.

The East Coast is its traditional stronghold thanks to its New York base. But it will now leverage its parent company’s infrastructure in California and the neighboring states to make inroads into a potent market.

A MakerBot Demo Center is now in place in the Valencia, California, office of Stratasys. Together with a new West Territory Manager, MakerBot hopes this increased presence will lead to more sales. 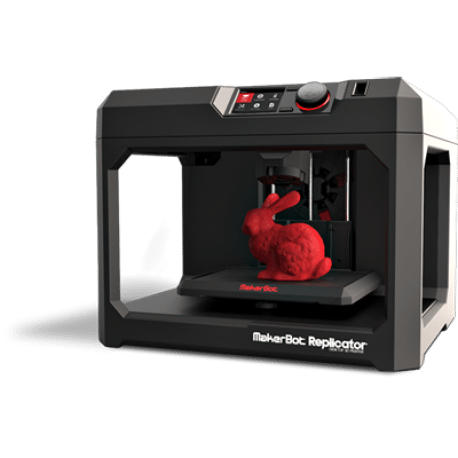 It has also taken a proactive approach and sent MakerBot Replicators to schools and universities in California so the institutions can test them against their current solutions. The company says the feedback has been encouraging and that this promotional exercise has resulted in increased sales and a number of new projects.

“Having a greater local presence in the nation’s most populous state will help us strengthen our relationships with resellers and customers” says MakerBot GM Lauren Goglick. “We’re looking forward to welcoming more of the region’s world class schools into our growing community of educators, and introducing our full set of professional solutions to the region’s designers and engineers.”

New confidence in the product from Stratasys

After a rocky start, Stratasys seems to have a newfound confidence in MakerBot. The two companies began cross-promoting products this year and they are working together on product development and quality control.

Stratasys took a hit this year and the top end of the market seems to have stagnated in terms of growth and the company reported a loss of $18.5 million in the second quarter of 2016. Some of this can be attributed to the R&D work the company is putting in to mass production, but it’s an ongoing issue that one of the world’s leading 3D printer manufacturers has faced since the start of 2015.

Can MakerBot come back?

If Stratasys can light a fire under the consumer brand and take MakerBot back to the top of the consumer pile, that could make a huge difference to the company’s bottom line.

MakerBot has been through the wars, but Stratasys has kept the faith. After a major restructure, this is an interesting and potentially lucrative power play from the maker of the Replicator.

It might be fashionable to bash MakerBot, but it was a key player in the consumer 3D printer scene and it can be again.

We’ll watch this one with interest.