MakerBot Makes its Way into Over 300 Sam's Club Stores

MakerBot is in full-on distribution mode. After already establishing a distribution agreement with WYNIT and TechData Europe, the Stratasys brand is finding widespread distribution through Wal-Mart-owned Sam’s Club stores across the United States. Specifically, the MakerBot Replicator Mini 3D Printer will now be sold at more than 300 Sam’s Club locations in the US.

Acting CEO of MakerBot, Frank Alfano, said of the news, “I truly believe that having the opportunity to learn about 3D printing first-hand is a big step towards a better understanding of the technology. By expanding our retail presence into Sam’s Club, we’re providing opportunities to reach professionals, entrepreneurs and small business owners and show them the power of 3D printing. Offering MakerBot Replicator Desktop 3D printers in retail stores exposes potential users to 3D printing technology and provides them an opportunity to understand the benefits of 3D printing today. We’ve made a conscious effort this past year to expand accessibility to MakerBot Replicator 3D Printers by working with key retailers like Sam’s Club.” 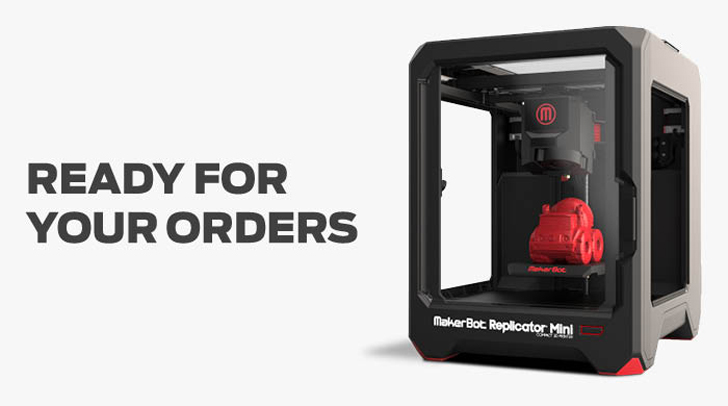 As stated, this is just one more of MakerBot’s many distribution partners, which include such huge chains as Home Depot, Micro Center, Microsoft, and Staples.  Though the brand may be new to Sam’s Club, 3D printing is not. The warehouse club previously experimented with 3D printing through a partnership with Disney, Hasbro, and 3DPlusMe to allow customers in specific Sam’s Club locations to have customized 3D printed Marvel action figures made using 3D scans of customers’ faces.  This, however, marks an official step into the world of 3D printing retail.

Senior vice president of technology at Sam’s Club, Dawn VonBechmann, adds, “We strive to provide our members with access to the latest technology, at a great value. Offering the comprehensive MakerBot 3D Ecosystem is just one example of delivering on that commitment. Our members have shown interest in 3D printing, both from a professional and small business aspect. Any member with a natural interest in creating things will be excited to learn more about this amazing technology.”

A significant step for both Stratasys and Wal-Mart, as the two companies bring 3D printing to a larger number of consumers.  But Sam’s Club competitor Costco has also toyed with the idea of 3D printing retail, too, when they hosted a RoBo 3D sales pilot.  For this reason, I wouldn’t be surprised if they begin selling 3D printers, as well.  And, if Costco chose to sell RoBo 3D or products from another company of a similarly small size, rather than a larger brand, they may be able to maintain their image of supporting the underdog, both in terms of employee benefits/pay and through the retail of less powerful and established 3D printer brands.