Low budget 3D printed weather stations could be about to populate the developed world.

Traditional weather stations cost between $10,000-$20,000 to produce and that has ruled them out in a number of poorer countries. The density in certain parts in Africa, for instance, is eight times lower than the levels recommended by the World Meteorological Organization.

With the help of 3D printing, off-the-shelf sensors and a basic computer that is the size of a credit card and developed for schoolchildren, NCAR has created the new stations for just $300. It can also supply the host nations with plans for replacement parts that it can then print locally, which will save vast amounts in the long-term.

Five stations are already working well in Zambia and they are transmitting information about the temperature, rainfall and winds. That is helping the local farmers make informed decisions and get the best harvest.

These low cost weather stations can also give communities advanced warnings about floods and other impending disasters. This can save lives and whole communities.

“It’s a major opportunity to provide weather information that farmers have never had before,” said NCAR scientist Paul Kucera, one of the project leaders. “This can literally make the difference when it comes to being able to feed their families.”

There are compromises with these cut price stations

Inevitably these stations come with their own limitations and they are not as adept at transmitting information to a national headquarters. So they are unlikely to be adopted in the developed world and they will need to be carefully situated in Africa. Three of the five trial stations sit next to radio stations, one is by a rural hospital and the other is next door to the meteorological office. That means that the data can be collected and sent manually.

The trial has been hailed as a success and the team will now deploy 100 of these low-cost weather stations across Zambia, before rolling out the concept in other areas of Africa and the Caribbean. The US Agency for International Development’s Office of Foreign Disaster Assistance and the US National Weather Service has funded the operation. 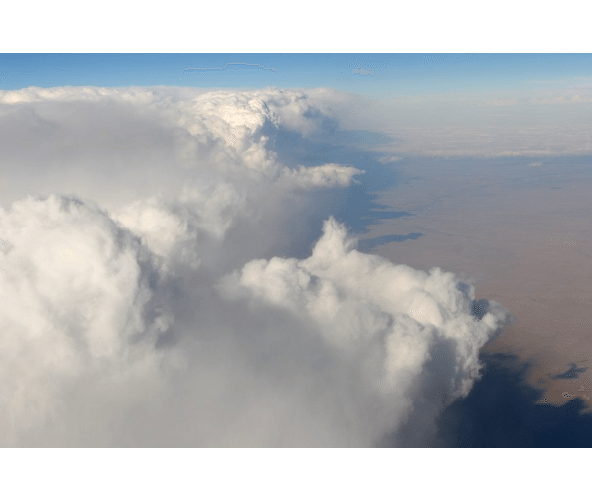 Information is its own reward

It is more than an altruistic gesture. By feeding all the information from African and Caribbean weather systems in to NCAR’s Weather Research and Forecast (WRF) computer models, then the US-based agency can learn more about unusual weather patterns. In the Caribbean, it can also form an early warning system for potentially life-threatening storms.

The end goal is to transfer the forecasting capability and responsibility to Zambia’s own meteorological authority, but in the meantime the agency will gain valuable insight in exchange for helping the African nation.

“The bottom line is that 3D-printing will help to save lives,” said Sezin Tokar, a hydrometeorologist with U.S. AID. “Not only can they provide countries with the ability to more accurately monitor for weather-related disasters, the data they produce can also help reduce the economic impact of disasters.”

Could this be a blueprint for social change?

The whole project was conceived as a social project from the off, which means that the hardware is open source. There are no patents and profit margins to worry about, so the designs are freely available and the price of the parts simply plummets.

It’s an interesting case study and could be used as a model for more advanced social projects such as water filtration and irrigation systems that could change the lives of millions. Without 3D printing, it simply could not have happened.