Leapfrog Is Jumping into the US Market with Amazon, Wynit and USCutters Deals

While it has been chasing the desktop FFF 3D Printer market leaders since it was founded in late 2012, Leapfrog has also been carving an ideal market niche for itself by targeting professionals and even larger companies that could use a desktop prototyping device along with the other larger industrial machines. That niche – which includes (but is not limited to) the prosumer sphere – is now becoming a mainstream area for desktop 3D printing and the young Dutch company is taking full advantage of its foresight.

It is doing so by expanding the R&D and sales team in the central office located in Alphen aan den Rijn, less than one hour from Amsterdam and Utrecht, and, perhaps even more importantly, by signing distribution deals on the other side of the Atlantic ocean. “We have established a new commercial figure who has a role similar to mine for the US market”, says Saswitha de Kok, Leapfrog’s marketing and commercial director since early 2012, whom I met with at Leapfrog’s new HQ, “I am very happy to announce we have already closed three important retail partnerships with Amazon, Wynit and US Cutter”. 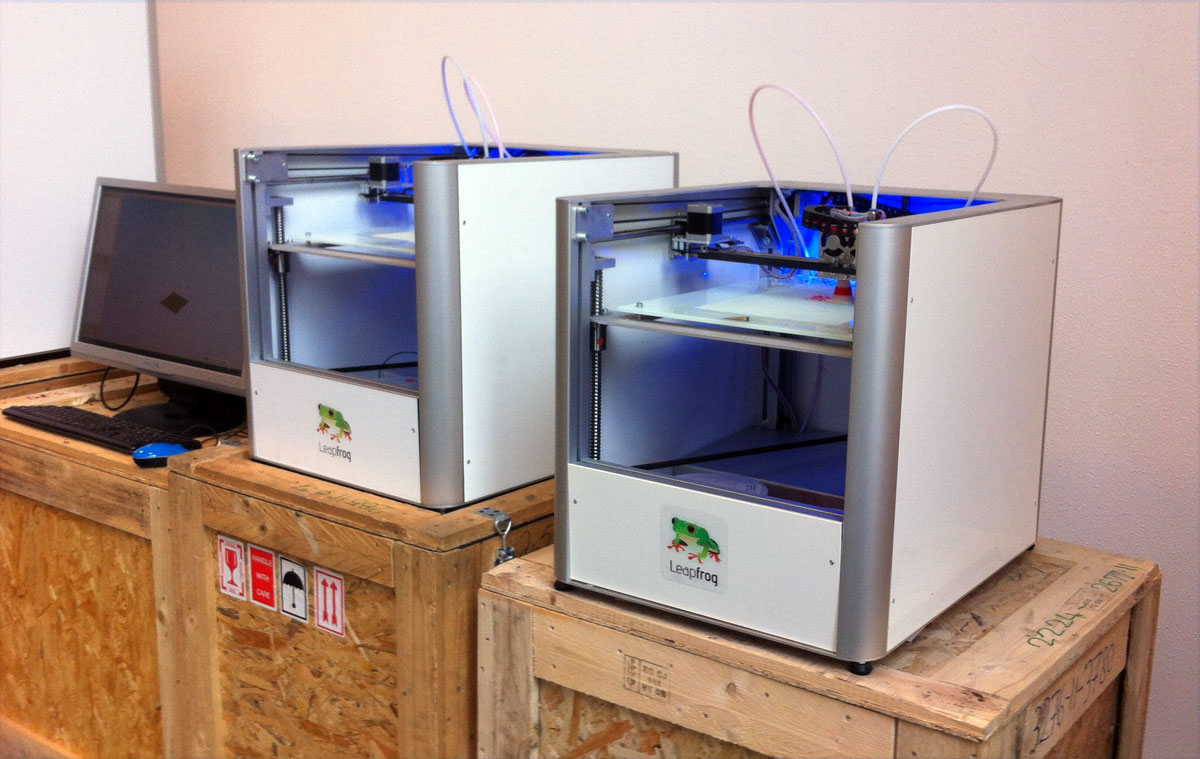 Everyone knows what Amazon is and the commercial power it has but it is perhaps in the other two deals that Leapfrog’s strategy becomes clearer: Wynit is a large US technology distributor that caters to many small businesses and already sells the Flashforge line of 3D printers, while US Cutter is a work-tool eCommerce website catering to the needs of a HomeDepot-style professional clientele.

“When I started at Leapfrog I noticed that many desktop 3D printer producers were oriented toward the maker space and it was getting crowded. So we decided we would target primarily businesses such as engineering, architectural and medical studios, as well as hospitals and schools,” Saswitha explained. Leapfrog developed its first Creatr 3D printer as a tool for its sister company, which produces machines for the flexographic industry. These are not mass produced so, whenever a component needs to be replaced, 3D printing it is an extremely cost-effective solution.

“We bought a RepRap 3D Printer and then decided to build our own – sturdier and more efficient – version,” she says. “This is what our customers have come to appreciate about Leapfrog 3D printers: their solidity and durability, as well as large build volumes and dual extruder capability for PVA supports from the onset.” 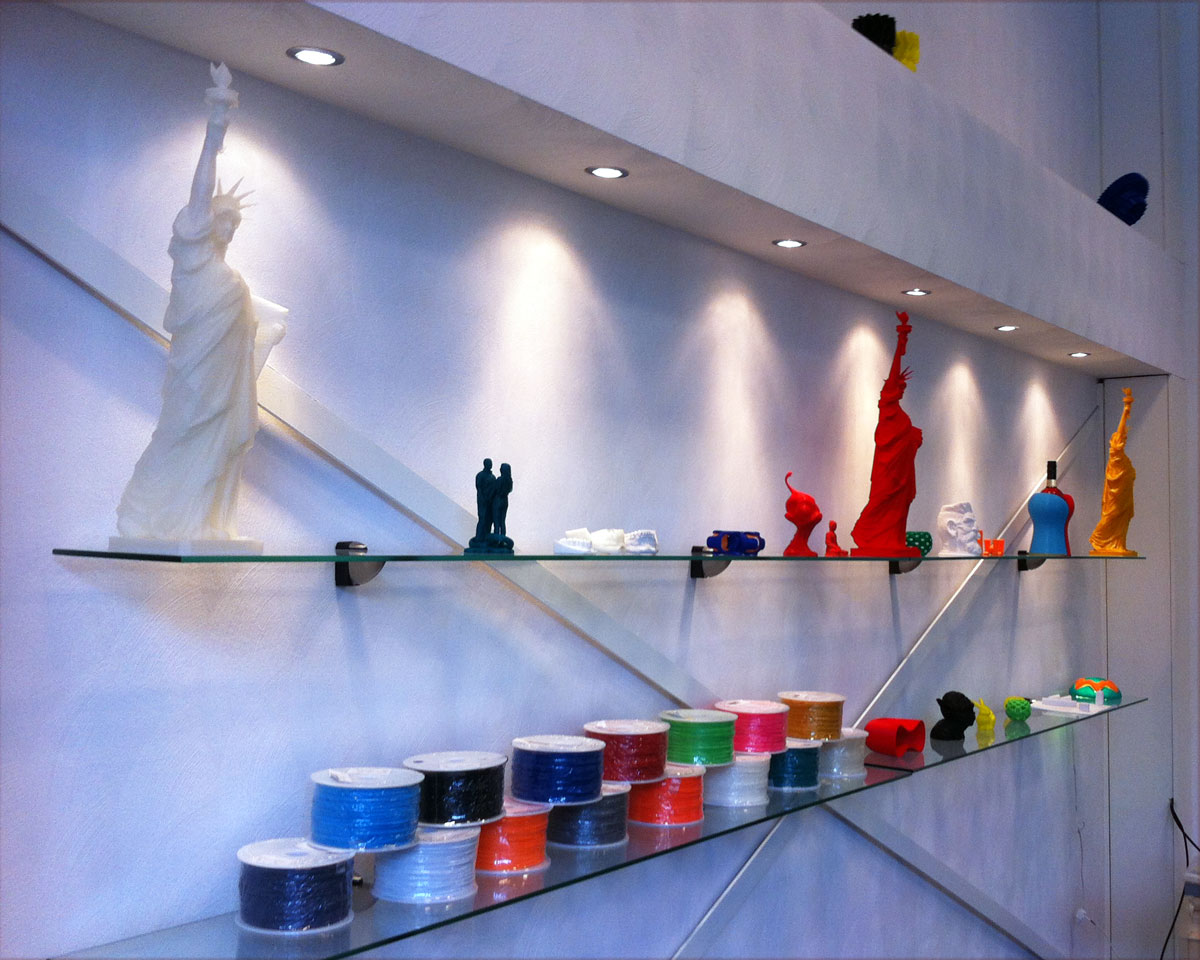 Leapfrog’s current line up, after the recently launched Creatr HS, priced at 1.799 euro plus VAT, now includes the original Creatr (which has been significantly updated from the first version), starting at 1.199 (1.499 with dual extruder) as well as the Creatr XL, priced at 3.999 euro, and the more professional Xeed, going for 6.999 euro. For Leapfrog’s industrial clientele, which includes the likes of Airbus and Philips, it is a tiny investment for a very wide range of desktop prototyping possibilities.

Saswitha feels that the real consumer business is still quite a bit further away, but not entirely out of reach. “It might take up to 10 years for a mass market to develop, although 3D printing is already implemented in the consumer arena. Many retailers are focusing on 3D printed miniature clones or personalized phone cases, which, in some cases are still getting 3D printed in China, totally missing the point in my opinion.  Soon, though, these types of objects will get 3D printed directly on location. FFF will likely be the ideal technology to cater to these consumer needs but a lot of that will depend on the availability of new materials.”

That is probably why Leapfrog, which does not produce its own consumables (to keep the platform as open as possible to the many different professional requirements) is getting into the filament market with a new line of products named MAXX developed through external partners. “Many of our clients ask us for specific materials, such as, for example, FDA approved biocompatible plastics.  We work with with our partners to develop and produce them.” Something that is becoming clearer and clearer: 3D printers are spreading around the world carrying the promise of distributed manufacturing with them but it’s the material they are used with that is going to make it happen.