With all of the excitement at Euromold around the large 3D printer platforms that were unveiled this year, one much smaller machine has been somewhat overlooked. We aim to rectify that here.

Voxeljet itself has been focused on large-scale 3D printing — with the VX4000 and VX 800 — both launched this year and both amongst the largest industrial 3D printers available on the market. However, the company has now demonstrated that it is not all about scaling up, with the introduction of the VX200, which is easily voxeljet’s most compact 3D printer. According to voxeljet, the VX200 boasts all of the benefits of the company’s 3d printing technology IP, just in a much smaller system — offering users a competitively-priced entry point into the world of professional 3D print technology. 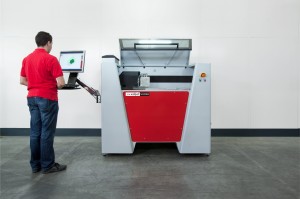 According to Rudolf Franz, COO of voxeljet technology GmbH, the VX200 is a fully-fledged voxeljet printer and “features the well-known advantages of the large machines. It offers a robust machine design, and high-quality components ensure that it can also be used for continuous operations in industrial settings. This makes the machine the first choice for a variety of application areas from research work at universities and institutes to the fully automated production of design pieces and prototypes.”

With a build chamber size on a par with the A4 format (300 x 200 mm) and a Z axis of 150 mm, the VX200 is able to process all current voxeljet particle materials, and also allows for the use of additional media and carrier materials. The piezo print head system of the VX200 reaches resolutions of up to 300 dpi with a thickness of 150 microns. The build process for the VX200 is also fully automated and runs without interruption, reaching a vertical build speed of up to 14 mm per hour.

Due to its dimensions (1.7 m long x 0.9 m wide x 1.5 m high), the VX200 is also suitable for installation in tight spaces. At approximately 450 kilograms, the VX200 is among the lightest of 3D printers — as a comparison, voxeljet’s standard industry printer, the VX1000, weighs around four tonnes. 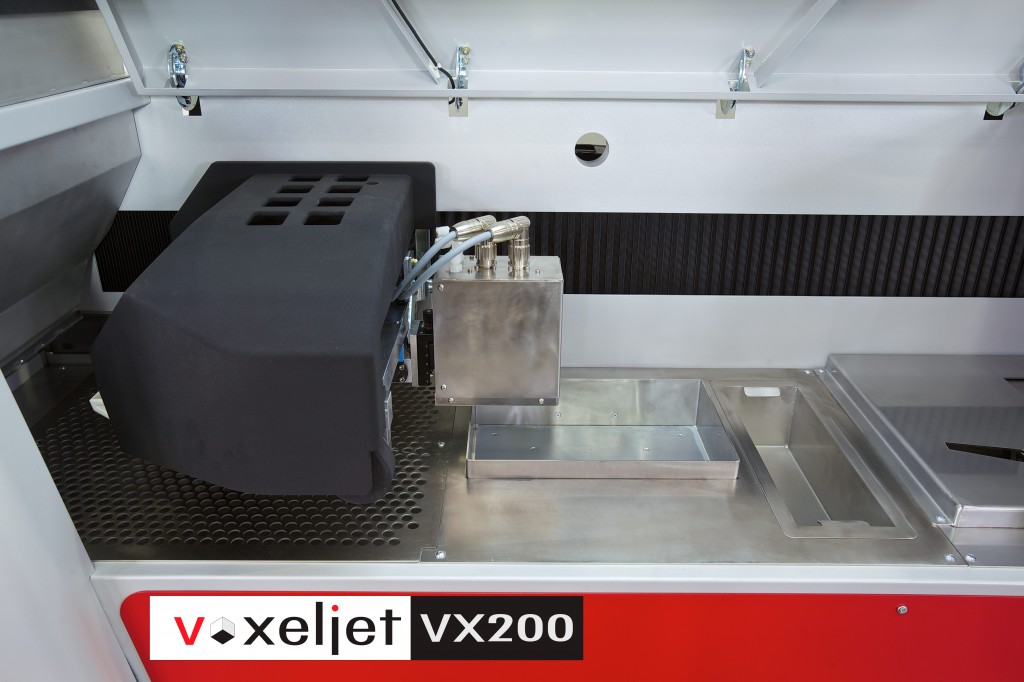 voxeljet specialises in 3D print technology. This globally operating high-tech company is a well-respected manufacturer of 3D print systems that are suitable for industrial applications. At the same time, the company operates one of Europe’s largest service centres for the “on-demand production” of moulds and models for metal casting.