Scaling Up With the Spiderbot 3D Printer

Ben Peters – an MIT student studying new fabrication techniques at the Media Lab’s Mediated Matter group – is responsible for developing an interesting 3D printing project called Spiderbot. Ben’s objective is to break down the boundaries set by conventional 3D printers’ x and y-axis and the solid hardware frame in order to create 3D objects with the aim of using it for very large scale operations – such as on construction sites, when building houses or other facilities.

The initial inspiration for Ben’s project was the Skycam – a wire-supported, remotely operated camera system. Following in Skycam’s footsteps, the Spiderbot also operates by connecting the mainframe’s wiring to high stable points on the site. Due to this arrangement the movement of the machinery is less limited and thus mimics its namesake from the animal world – that of a spider. 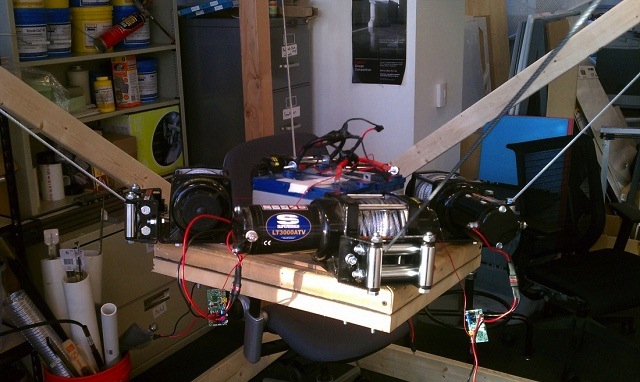 One of the concrete materials that could prove to be the most useful with Spiderbot is urethane foam. The 3D printed foam has a density of 1.75lb/ft3 – making it ideal for applications such as creating a large mould for concrete or other drainable hardening materials and filling it with them – instantly creating an insulated structural wall. Besides the speed, the cost benefits are also apparent, if this method were to be used in a building site of the future. Traditional cranes would also not be needed as much, as their movement and functioning is very limited compared to the movement that Spiderbot enables.

Due to the potentially fast pace of building structures with the Spiderbot, the tech could also prove to be very useful in natural and other disaster sites, where the fundamental need for shelter needs to be addressed as soon as possible.

Want to see what else Ben has been working on? Then head to the source link for more information on his research and other intriguing engineering projects.