How to 3D Print in Full Color: DIY Style 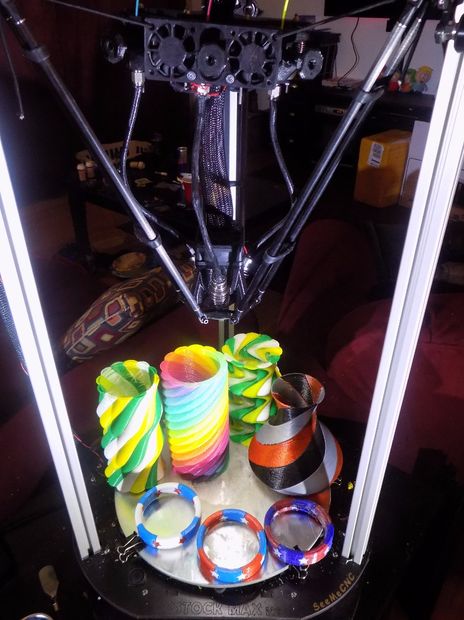 Though Powell has found success by rebuilding his Rostock Max, he admits that the transition remains a work in progress. He has released a 16 minute video on YouTube (which is posted in its entirety below) that details the entire process of reformatting his delta printer for full color printing, including setting up the three extruders and the diamond hotend needed for multi-color models. Powell is asking those who are interested in his project to follow his YouTube Channel and his Thingiverse page, where he will continue to post updates and different multi-colored prints he is able to achieve.

“I completely redesigned and rebuilt to utilize the diamond hotend and full color mixing with the new Repetier firmware,” Powell said on the Instructable.com forum. “I built mine around a delta, however, I want to make this Instructable as universal as possible so you can set it up on any machine you’d like…”

Even though Powell’s full-color 3D printing has only been done on a delta -tyle 3D printer, he is quite certain that an open source, Cartesian-style FDM printer could be made to print in full color with his step-by-step instructions. While companies like 3D Systems are satisfying the industrial need for full color printing, Powell is showing that the same technology can be achieved at home with open source and shared ideas. Though his DIY project is incomplete for now, Powell has already helped to add a little more color to the world of 3D printing.