You might have been wondering what Mcor Technologies, the Ireland-based leading manufacturer of paper lamination full color 3D printers, has been up to lately. Its IRIS 3D printer has been the only real alternative to 3D System’s industry-leading ProJet x60 (Color Jet Printing); however its $40K price tag and relatively slow process has thus far confined the IRIS to larger B2C services and industrial retailers. 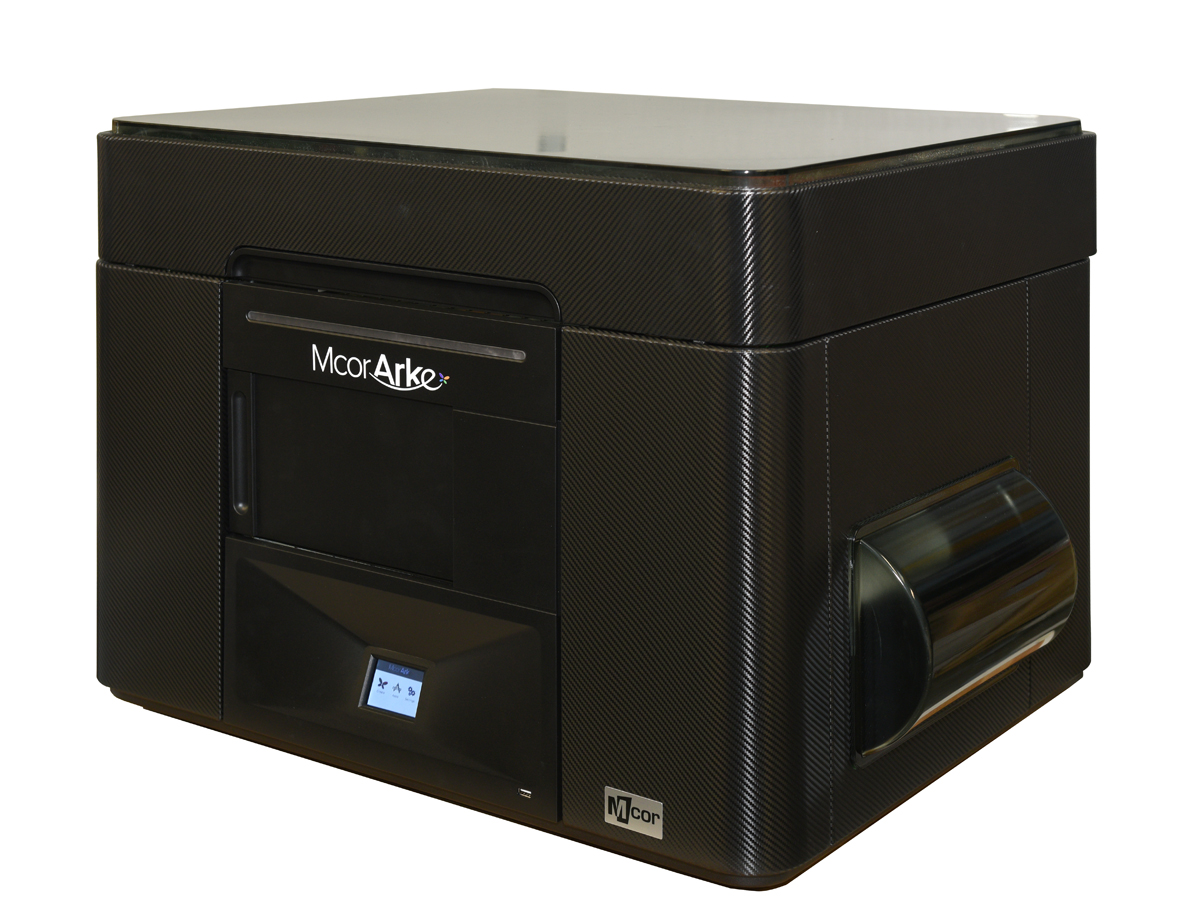 All that is now going to change, as Mcor presented its newest 3D printer at CES in Las Vegas. The venue was not chosen randomly, as the new Mcor ARKe will be launched at $5,995, a price point that brings it within the reach of many consumers and prosumers – more or less as much as a high-end camera or computer. 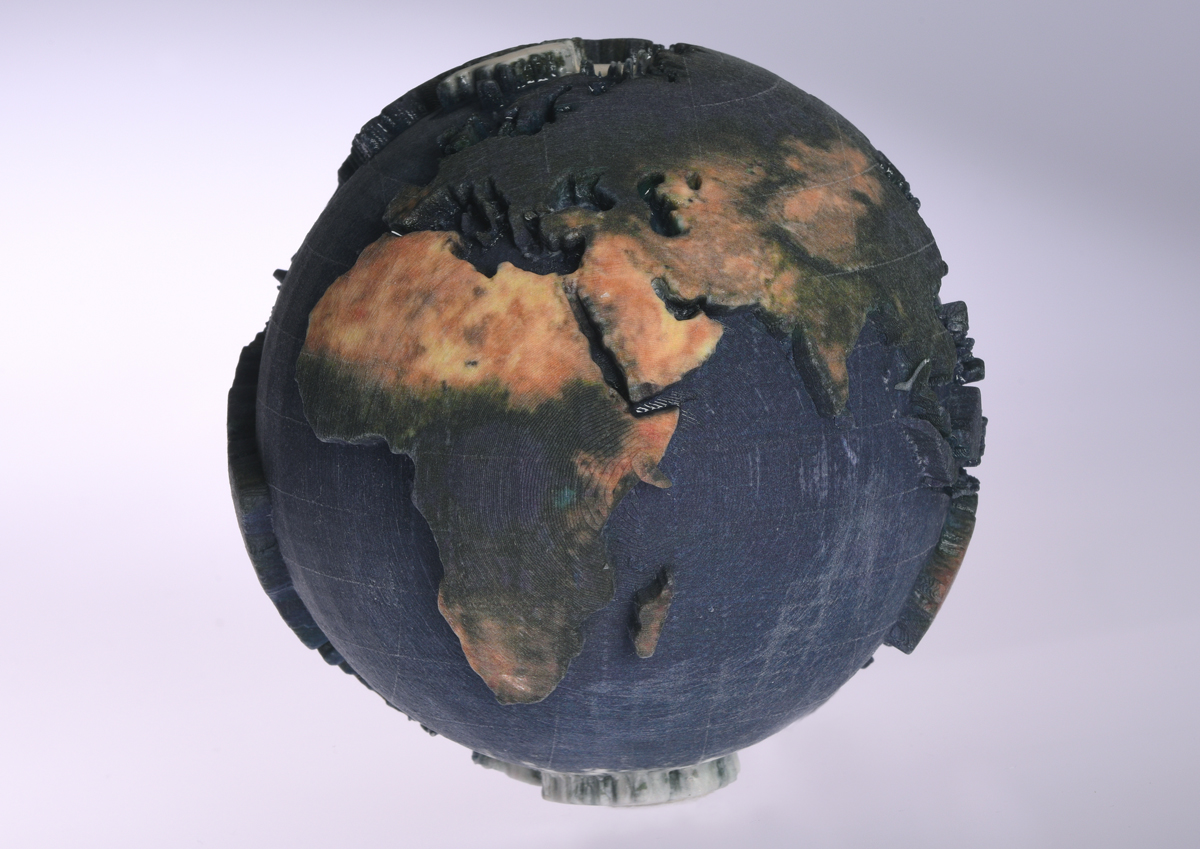 3DPI caught up with Conor MacCormack, Mcor’s Co-founder and CEO, to discuss the release of this disruptive new “engineering masterpiece” and what it will mean for the industry as a whole. The ARKe is going to be up to four times faster than the IRIS, while measuring about half the size. It is going to boast a a 50% increase in DPI resolution, at 4800×2400, and a 150% increase in color resolution. Combined with the price tag, this is really big news. In fact, Mcor has already received a very large number of pre-orders from its current global network of distributors. 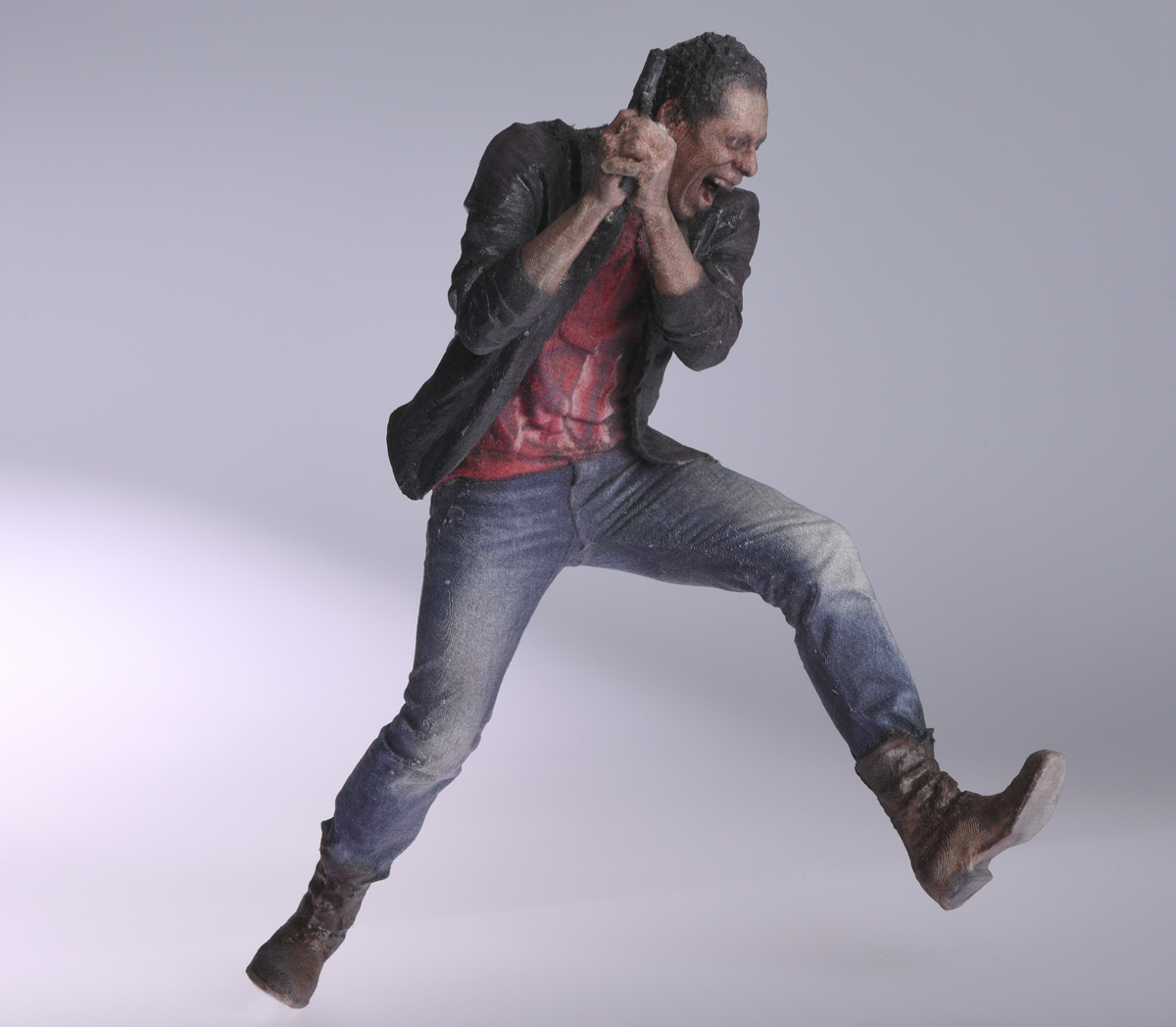 “Possibly the number one improvement of the ARKe is going to be its speed,” said Mr MacCormack. This has been achieved by replacing the single A4 paper sheet feeding system with a roll. “On a technical level, the first problem that you come across is that 3D printers are not designed to align the image between the front and the back of the sheet when printing in duplex,” MacCormack explained. “We, on the other hand, needed that for the color, so we had to worry about alignment issues in the IRIS printer. We believe we did a good job, but there was a lot of measurement and calibration required.” 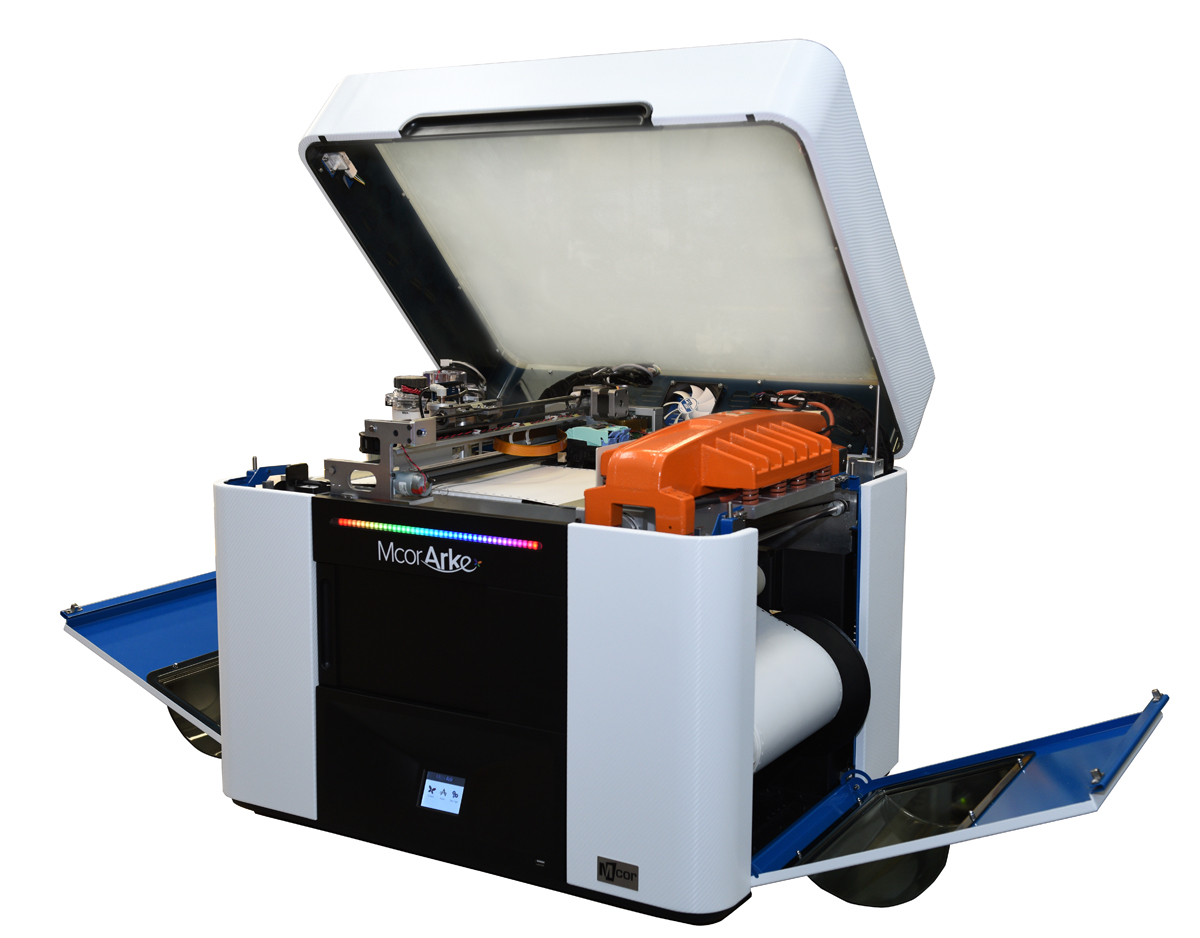 In the ARKe, the inkjet head is actually built into the 3D printer. You load in your white paper, and you actually get the cutting, gluing, and inkjetting all done within the same box, which means that you completely eliminate any image alignment problems. The image alignment now has an accuracy of just a couple of microns. “You can print bar codes, and text,” Mr MacCormack says enthusiastically. “We actually printed a Coke bottle that you can read and scan just as you take it out of the printer. The whole goal really is to get photo-realistic quality. In a regular printer, you can print a photographic image; why shouldn’t we be able to take a photographic image and make it 3D?”

The print volume of the ARKe is 240 x 210 x 125 mm, just over 5 litres. It’s a little smaller in height than the IRIS, but it is also a little bit wider. Moving from paper sheets to rolls also offers a lot of other advantages. For example, you no longer have to use an entire sheet to make the layers of parts that are very small in size. Now, you simply use a tailored size sheet from the roll, which means that the print volume adapts to the part you need to make, helping to further speed up the entire process. 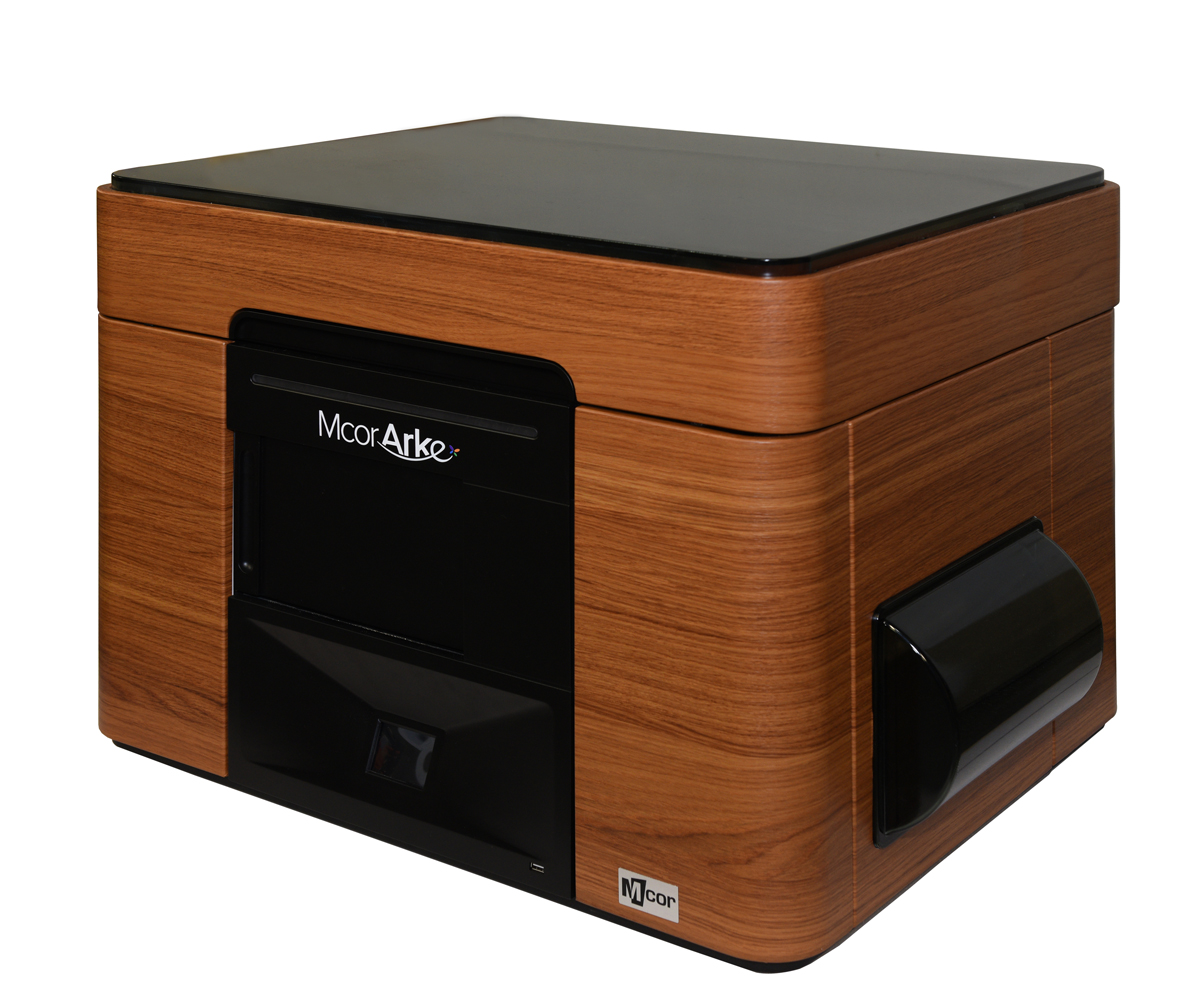 “I imagine that, when people see the things that I mentioned, they will move to the new model,” Mr MacCormack admits. “On top of improved reliability, higher DPI, faster speed, we’ve also added another actuator to the glue wheel, so the wheel can now follow any contour. So, making a cylinder, for example, is now going to be much simpler than before. We simply did not want to hold back on the development of this printer, just to safeguard IRIS sales. We wanted to give the best that we could put into one machine, and create the 3D printer that we wanted to build for years.” 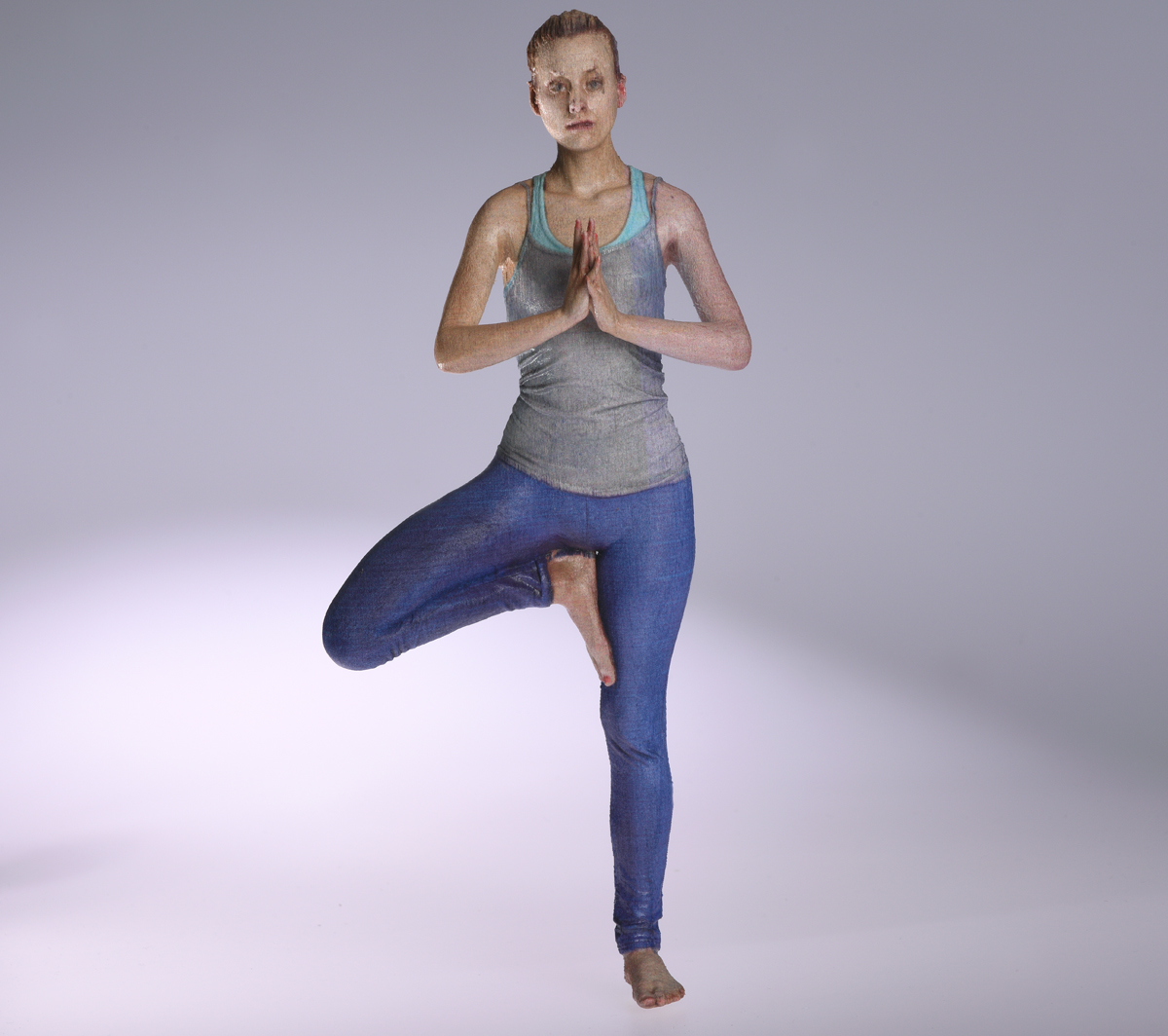 For Mcor, making an affordable 3D printer is a long sought after objective, especially because the company is particularly keen on bringing 3D printing into the education system. “People are talking about the industrial revolution of 3D printing and I always say that you don’t know what’s around the corner,” says MacCormack. “I think that education is the area where the revolution is going to occur first. Education hasn’t really changed in the last hundred years: you have whiteboards and now you have laptops and iPads, but we find it difficult to visualize complex models on a sheet of paper or on a tablet. I believe that 3D printing has a solid place in education and could bring about a huge change there.” 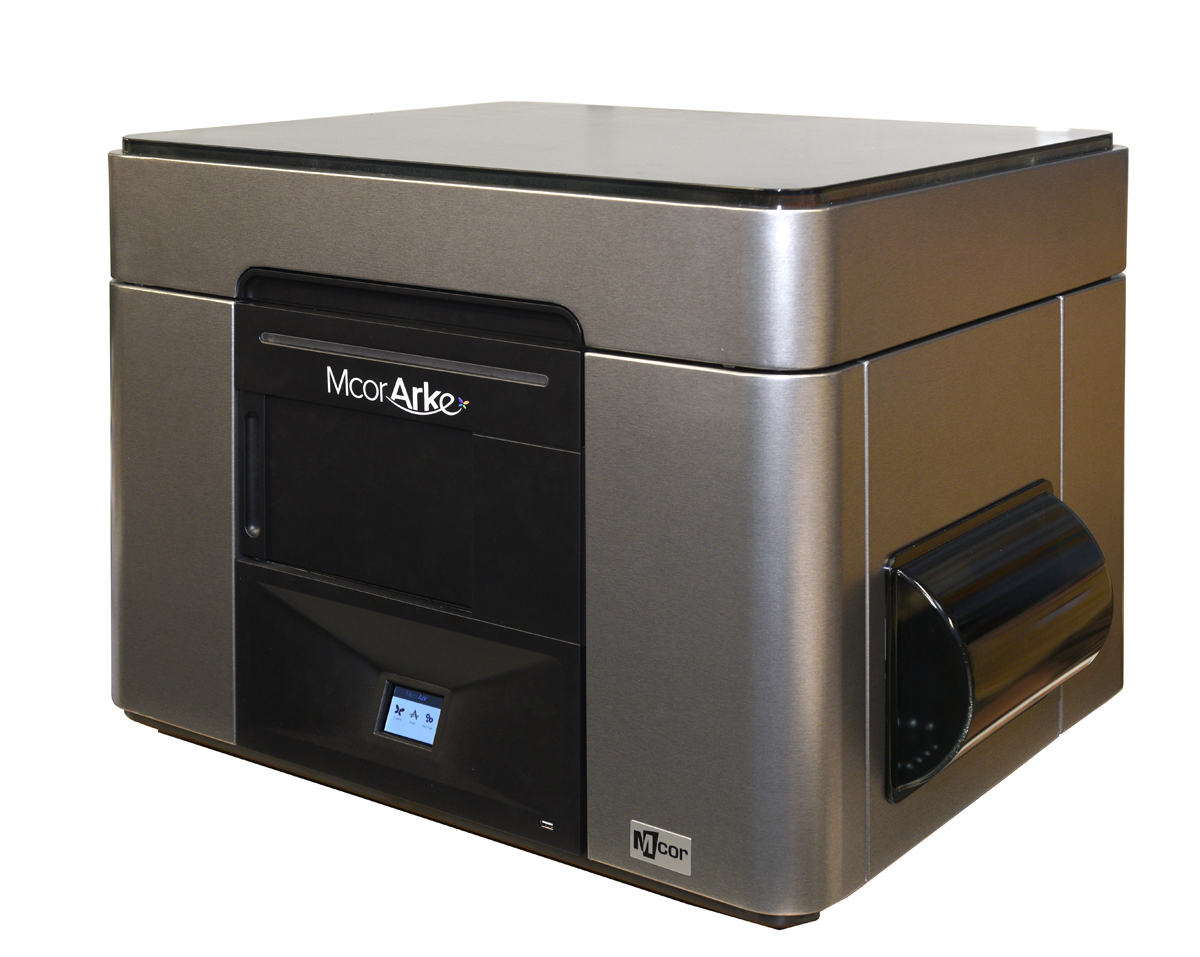 Another target market for the Mcor ARKe is what the company calls “creative professionals”, which basically refers to people who design to earn for a living. This is a rather standard target for 3D printing in general; however, this is the very first time that a sub-$10,000 (or even a sub-$40,000) full-color 3D printer is available to them. The best part is that this machine is able to achieve higher quality color than any other on the market. “Just think of an Adobe designer who designs on Maya and colors everything and spends hours trying to get the right color on the shade,” says Mr MacCormack. “When they look at 3D printing, they are disappointed, as the color quality is generally rather poor. When we analyzed this market, we found out that color is a very high priority on their list.” 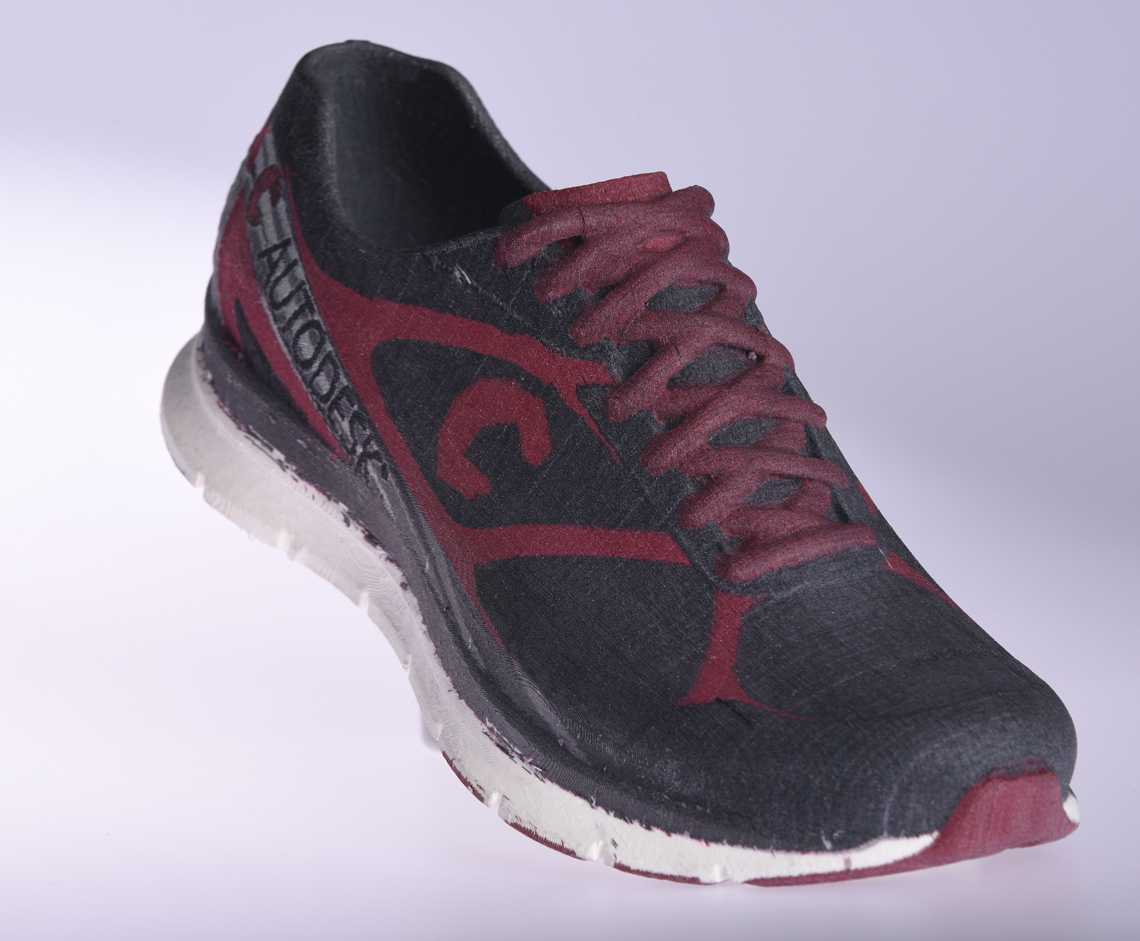 This target of design-conscious prosumers and wealthy consumers is also going to appreciate another feature of the ARKe: exterior customisation options. As Mr. Cormack puts it, “When we talk about 3D printing, we often highlight the possibilities of customising the printed products, but the machines themselves are the least customisable.” For this reason, the ARKe is going to be available in different skins, some of which you have seen throughout this article.

With all of this in mind, the Mcor ARKe has been named a CES 2016 Best of Innovation Awards Honoree in the 3D Printing Product category, for receiving the highest score in its product category by the industrial designers, engineers and members of the trade media on the CES panel.  But, will the ARKe really open up a new era in consumer 3D printing? After watching the video below, you will very likely agree that it will.