With the strap line “Fire up your creativity!” it seems Fuel3D, the company behind a new affordable 3D scanner with all the bells and whistles, is already there and encouraging us to join them.

The company launched its Kickstarter campaign late last week in a bid to fund production of the Fuel3D handheld scanner and it seems they have pitched it rather well because the $75k target has already been exceeded, and then some. At time of writing pledges total $166,408, with 26 days still to go.

The cleverly named scanner is ticking all (ie: not just some of) the right boxes for a product in its price range and the current status of the scanner and the credentials of the team behind Fuel3D probably have more than a little to do with the success too.

With the earliest development phases of the technology that has evolved towards the Fuel3D scanner dating back to 2005, out of Oxford University, there is an unstated guarantee that this product has not just been thrown together and flung up on Kickstarter on the back of the overt attention that the 3D design/scanning/printing industry is getting.

The Fuel3D handheld scanner is claiming to compete favourably with competitive products in the range of $15,000 — for just under $1000. This has to sit well with the product’s target markets, typically independent game developers, designers and artists, who have previously been priced out of the market.

So what is Fuel3D offering?

The team states that they have developed Fuel3D to be a handheld scanner, with a simple point-and-shoot 3D imaging system that captures extremely high resolution mesh and colour information of objects. A further claim is that it is  the world’s first 3D scanner to combine pre-calibrated stereo cameras with photometric imaging to capture and process files in seconds. The system reported is capable of resolving a fully 3D surface consisting of a large number of physical and colour measurements, which can subsequently be viewed from any direction, edited and used as source material for 3D printing or for on-screen manipulation.

The image below depicts 3D scans that were taken with the current functional prototype of Fuel3D. 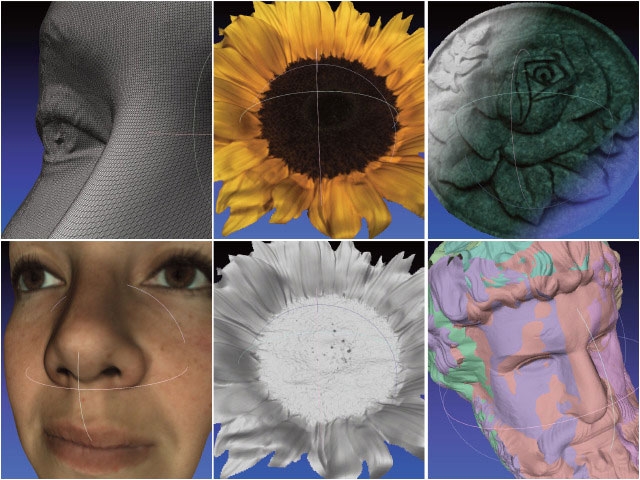 With the fully functional prototype established and working, the Kickstarter campaign has been launched to enable the final engineering work and to further develop the software to make access to the high quality 3D data as easy as possible.

Delivery dates of the first production batch are slated for May 2014 for early bidders. Furthermore the Fuel3D are crucially aware of the synergy with low-cost high-quality 3D printers and state that they are currently in talks with both Formlabs and Pirate3D regarding future technical and commercial collaborations.