Formlabs Completes its Near $3M Round of Kickstarter Funding

On December 3, the now famous MIT spinoff firm, FormLabs, completed its Kickstarter campaign, earning nearly $3 million dollars from over 2,000 eager backers and making it the most highly funded technology project on the crowdfunding site. The firm announced that it has already shipped over 1,000 Form 1 SL printers around the globe to countries that include Poland, Hong Kong, and 30 other nations. 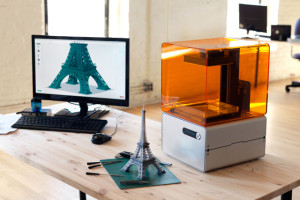 Since the company’s inception in September, 2012, it has grown from a 3 person team to a staff of 35 people.  Cofounder of the Massachusetts firm, Maxim Lobovsky, excitedly reported, “This is the end of a phase.  We’re thankful for the incredible opportunity that our Kickstarter backers gave us, and with the amazing team we’ve built, we’re looking forward to continue to develop great tools.”  Natan Linder, another cofounder of Formlabs, added, “The Kickstarter community is our rock. They gave us our start, and we’re going to continue to support them. It’s great to be at this stage, now, and we’ll be expanding our team to keep doing what they set us out to do. We’re building machines to change the world.”

FormLabs will be showing off its high-resolution stereolithography 3D printer at Euromold this week and plans to give conference patrons a glimpse at what’s in store for the company next year, including a new supply of resins.  Thanks to $19 million in funding from venture capitalists in October, the firm plans to expand its customer support team, as well as, its R&D division to develop new materials and features for its software.