This week has been one of the busiest weeks for 3D printing announcements all year as companies have saved the unveiling of their latest machines, and partnership announcements in a bid to draw the biggest  audience at the formnext 2016 expo, powered by TCT, in Frankfurt. 3DPI have been reporting live from the show all week. In the article we have some initial updates on Stratasys’ new Fortus Production 3D printer, the Siemens and Stratasys partnership, ceramic nano-particle jetting from XJet and the Figure 4 from 3D Systems. We’ll have a more in-depth look at some of the printers, and exclusive interviews with representatives starting next week.

Stratasys have improved the usability and compatibility of its industrial printers in the Fortus 9000mc Production printer. Specifically designed for FDM printing of ‘functional prototypes, manufacturing aids, tooling and short-run manufacturing’, the Fortus uses ‘engineering-grade thermoplastics’ and is compatible with the new, highly desirable, Nylon 6 polymer. 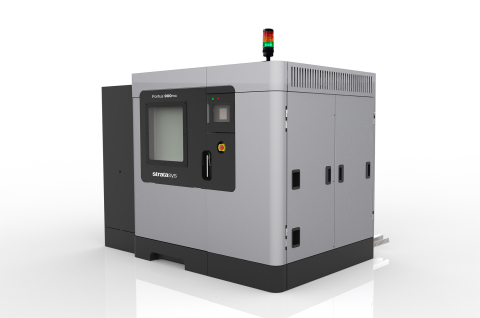 Laykanics impressed TCT judges with their 3D printed mechanical-based toys that are designed to teach engineering. Every month, the company sends out a challenge to subscribers that introduces a basic principle of mechanics along with all STL files and materials needed to illustrate the concept. Laykanics won £3,000 of prize money to put towards the advancement of the STEM based education. 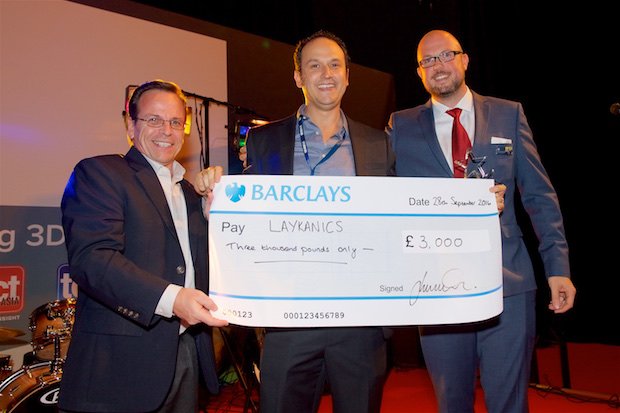 XJet do nanoparticle jetting for ceramics as well as metal

XJET have unveiled their NanoParticle Jetting technology for ceramic 3D printing. Hanan Gothait, CEO and Founder of XJet says: ‘After many years of research, we are excited to have reached this milestone of development, producing another high quality material through NanoParticle Jetting.’ The technology relies on an ultra-thin layer of droplets that contain ceramic nanoparticles. The droplets are put into the system build tray which then produces ceramic parts with the versatility of inkjet printing. Such technology is expected to make waves in the dental and medical industries, and is beneficial because it allows for greater detail prints due of the small size of the particles.

In another move to explore production-line 3D printing, Stratasys have added Siemens to their roster of industry big-players such as Boeing and Ford. The announcement also cements Stratasys/Siemens’ existing partnership to develop an end-to-end workflow platform, encorporating every step in the process from CAD to the finished print.

3DSystems have revealed new digital manufacturing technologies which they believe highlight how digital manufacturing can be a better alternative to traditional manufacturing. This was part of a three-tiered showcase by 3D systems which included digital molding, innovative new materials, and advanced software. Digital Molding is powered by Figure 4 technology and it enables fast, tool-free production of plastic parts. We cover the concept more thoroughly in the article about BigRep’s partnership with TNO. They have also showcased a number of new materials that they have been working on. The new materials are: VisiJet® M3 CAST, DuraForm® ProX GF Plastic, DuraForm ProX HST Composite, DuraForm TPU Elastomer and Accura® Phoenix. In addition to this, 3D systems showcased their advanced manufacturing software 3D Sprint for plastic part productions and 3DXpert their tailored metal manufacturing software.

You can see more images of the 3D printers on display at formnext 2016 in a previous article here.