A step up from industrial X-rays, neutron imaging is capable of penetrating and picturing objects at an atomic level. By enabling additive manufacturing of B4C, ExOne hopes to unlock the production of new types of objects capable of protecting people and the environment from radiation.

Discovered in the late 1930s, neutron imaging relies on a material’s radiation to create images. A neutron source, typically a nuclear reactor of some kind, is required to conduct the process, and a collimator is used to shape the emitted neutrons into a beam. This beam is then directed at an object.

A material’s density will change the way it retains (or doesn’t retain) neutron radiation. A detector at the other side of the object to the beam collects the beam’s radiation and converts it into something more easily detectible. The detectible radiation can then be used, for example, to expose a sheet of film, and give an internal image of the object in between the source and the detector based on its attenuation of radiation.

“Neutrons can detect light elements, like hydrogen or water,” explains Dan Brunermer, Technical Fellow at the ExOne Company, “but they also penetrate through heavy elements like lead, which enables analysis of complex processes in-situ.”

As an unconventional method of making collimators, and components for shielding equipment or neutron scattering instrumentation, 3D printed B4C may help researchers expand on what has previously been possible with neutron imaging.

The 3D printing method for B4C now licensed from ORNL was developed on an ExOne M-Flex binder jetting system. After 3D printing an object in the ceramic base material, it is then infiltrated with aluminum, to create a metal-ceramic composite, also known as a cermet. This combination makes objects lightweight, strong, and capable of absorbing energy, ideal properties for collimators and other equipment. ORNL researchers including Amy Elliott and Bianca Haberl, are co-inventors of the new B4C fabrication method, and have filed a patent for its protection. 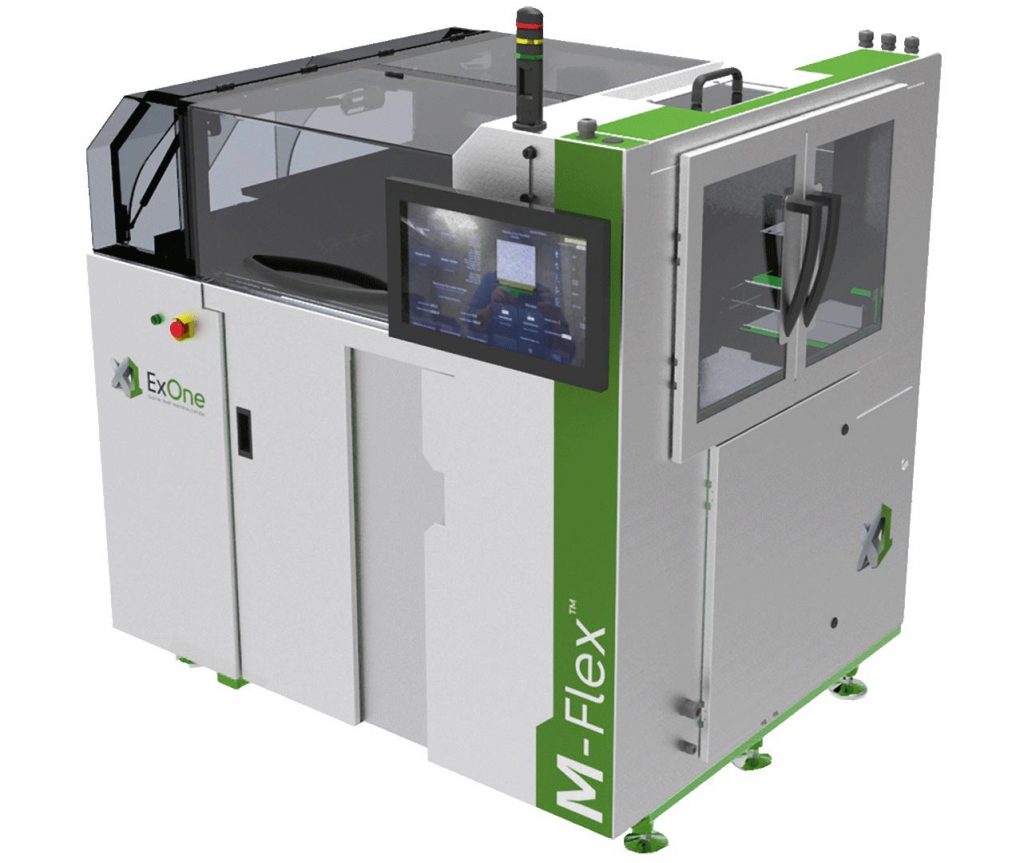 ExOne and ORNL have a longstanding partnership including a recent agreement to develop ExOne binder jetting technology to process H13 Tool Steel. As part of the latest license, ExOne has agreed to engage in the production of variety of B4C matrix components used in neutron scattering experiments at ORNL.

Closing comments, Brunermer adds, “This research and the resulting license agreements demonstrate the value that the DOE Manufacturing Demonstration Facility at ORNL delivers to the manufacturing and science community at large.”