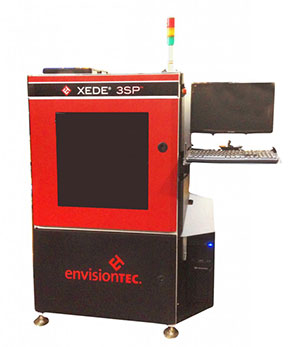 Rachel was able to get the low-down on envisionTEC’s new machine while she was away at Euromold.  Sitting down with the company’s CEO, Al Siblani, who described to her how the Xede 3SP worked and boasted that it was the fastest system on the market.  So, what’s the Xede 3SP all about?

Seems as though manufacturers aren’t just thinking bigger, but smaller as well, perhaps filling in every nook and cranny the market has to offer.