Edit: According to robots-everywhere.com, this telepresence system is actually a rebuild of their PropBridge telepresence platform, first released in 2011. Endurance Robots is a European reseller.

By 2015 most members of the future team at Endurance Technologies have managed to earn enough money to risk their time in long-term perspective (with 1 year time frame). They decided to organize a startup. Buying and selling? Nooo! Start a technological project. To develop robots and 1-10Wt solid lasers, in particular.
They have always liked the idea of being present at the right time in an interesting faraway place. The whole team love online broadcasting. Thanks to the telepresence robot, they can remotely change the direction they are looking, by using telepresence.  That’s why when they started the Endurance Robots in 2015, the team set out to develop the wheeled telepresence robot. The wheeled platform allows it to move indoors and outdoors, and the telepresence system allows it to watch occurring events. Their final aim is to create full virtual reality with a robot controlled by a person with the help of an Oculus rift!
For starters, they use google a a fair amount to study similar solutions such as:

They then drew a table of the robots’ comparative data.

The existing robots differed in functions: some could take things with manipulators (a beer can from a fridge), some could overcome high obstacles and some could autonomously take charge. As you would expect, the prices ranged from $1000 до $10000. They realized later, inexpensive devices (below $5000) were robotized platforms controlled by an operator, not autonomous robots with the ability to take decisions in various situations: recognize and  avoid an obstacle; travel a route from A to B; recognize spoken commands.

The Endurance Robots team decided to enter the market of economy platforms at the price of $2000 and below. On the basis of the robots’ comparative data, they selected the features, with which they wanted to invest their device first and foremost. They were: operation time (8 hours and more, full working day), obstacle crossing (3,5 cm high, sill height), reliable transmission of control commands via Internet, high quality video and audio connection.

Somebody in the team suggested that they should make the robot body out of a dress form and install a tablet onto the front of it. They even bought a used dress form imitating a female torso for $2 (a new one costs ~$100), but due to funding, the idea didn’t happen. 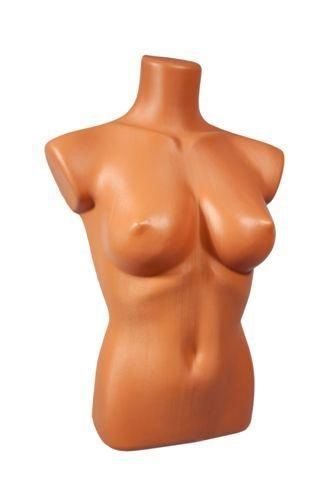 Market research showed that people not just looking for a wheeled tablet, but for a robotized smart platform, capable of speech and image recognition (open source, Open CV), whilst being capable of correctly answering the questions (Artificial Intelligence), and moving to objects to fetch them and carry the object to another place. A wheeled platform was just a necessary addition to their solution. Strategically, a wheeled platform was the main form factor. For example, a notebook  -> a tablet. A new form is a new product. 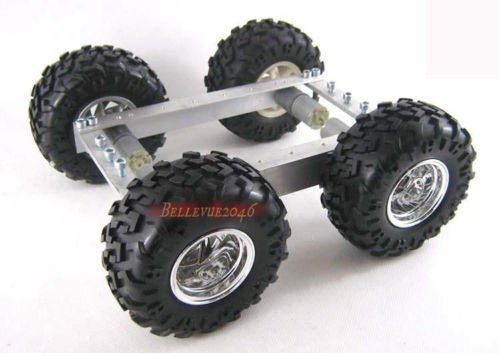 The first stage task was to develop a wheeled platform that was : inexpensive (below $200 for low-volume production), efficient (with smooth running, reliable software/hardware), easy to maintain, user-friendly (just mount the phone, upload the app, and activate the system), easy to upgrade and improve, operator manageable (an operator controls electric motors and servers via the Internet).
Essential requirements for the construction performance were as follows:

— Suitability for industrial production.
— Reliability in daily use (1 year, at least)
— Components interchangeability and complementarity (there’s enough room to attach one more speaker or a second camera).

— Travel directness.
— Noise and vibration at less than 10 DCB.
— Lightness and portability.

— For areas with even surfaces (laminate, tiles, wood, concrete, linoleum) and sills not more than 1 cm high.

And a million questions began.

What is the maximum allowed weight at the height of 180 cm?

A tablet + a cradle + two servers?

Will a three-wheeled construction be stable with the chosen batteries at the sides if one or two wheels come across an obstacle 3,5 cm high?

What is the optimum size of the wheels? What kind of wheels, of what material? 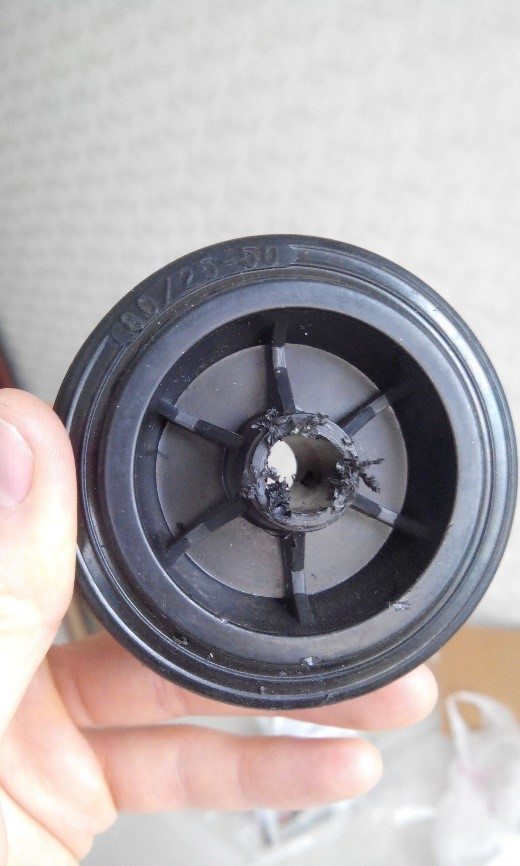 How many wheels: three or four? How to fix them to the shaft? 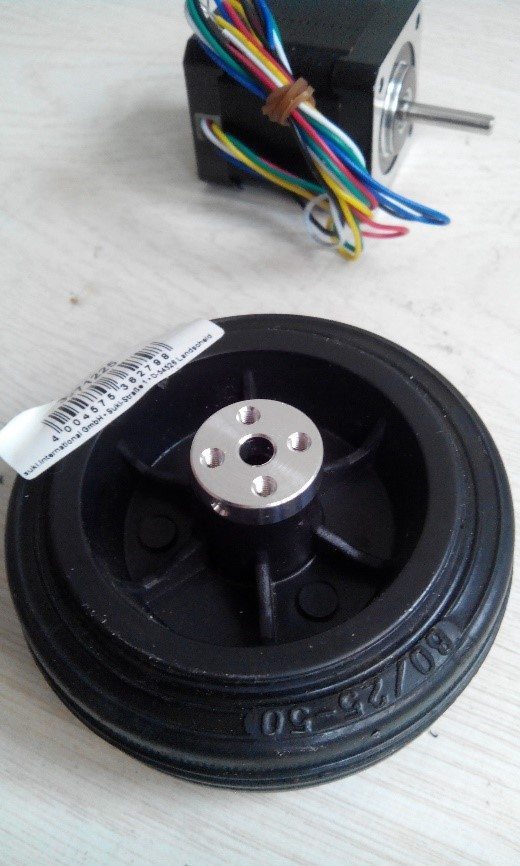 To the gear reducer shaft or motor shaft? 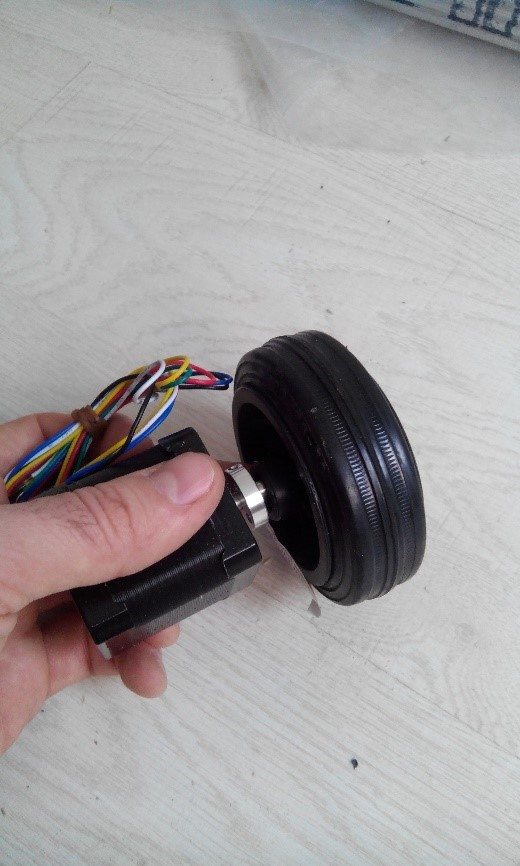 What kind of motor to choose? Commutator, commutatorless, stepper?

What kind of material to choose to make a frame?

Eventually, they made their first prototype from the materials available in any hardware store: three wheels (2 drive wheels and a swivel wheel), a frame made of thin aluminum in an n-shape, self-threaded screws, screw bolts, and two steppers. 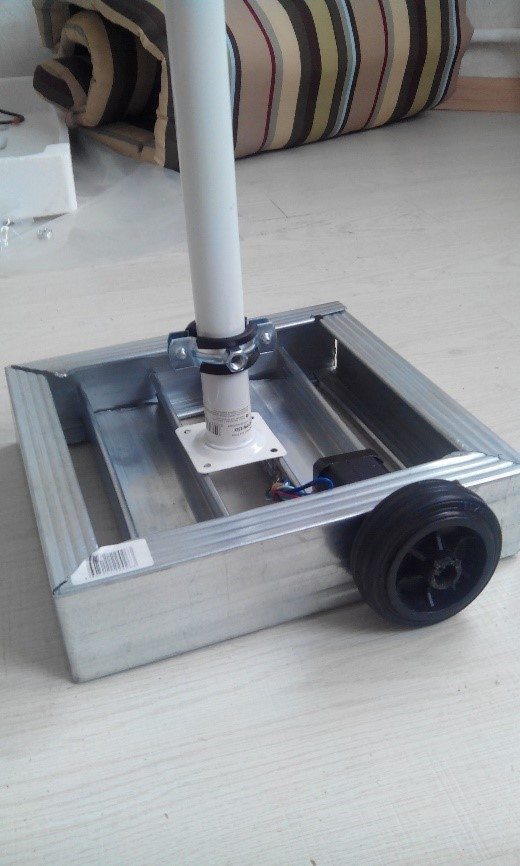 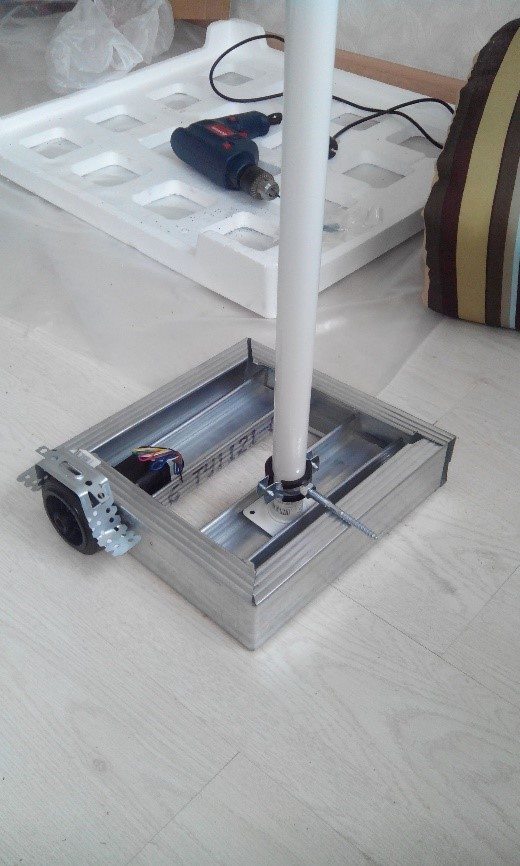 Here is the mechanics and electrics scheme they used

It as important that this prototype was good enough for their circuit designer Andrey for thorough electronics testing.

This was the beginning of a long path. Stay tuned for part 2, where we go into more depth about this interesting project!