A 3D printed mask for Björk

Björk will be adorned in 3D printed attire for her upcoming digital shows as well as a live event in Australia. Inspired by Björk’s most recent album, ‘Vulnicura‘, Neri Oxman and her team used 3D scans of Björk’s face to create digital interpretations of her bone and tissue structure, with the customized design brought to life with Stratasys’ unique full-color, multi-material 3D printing technology. 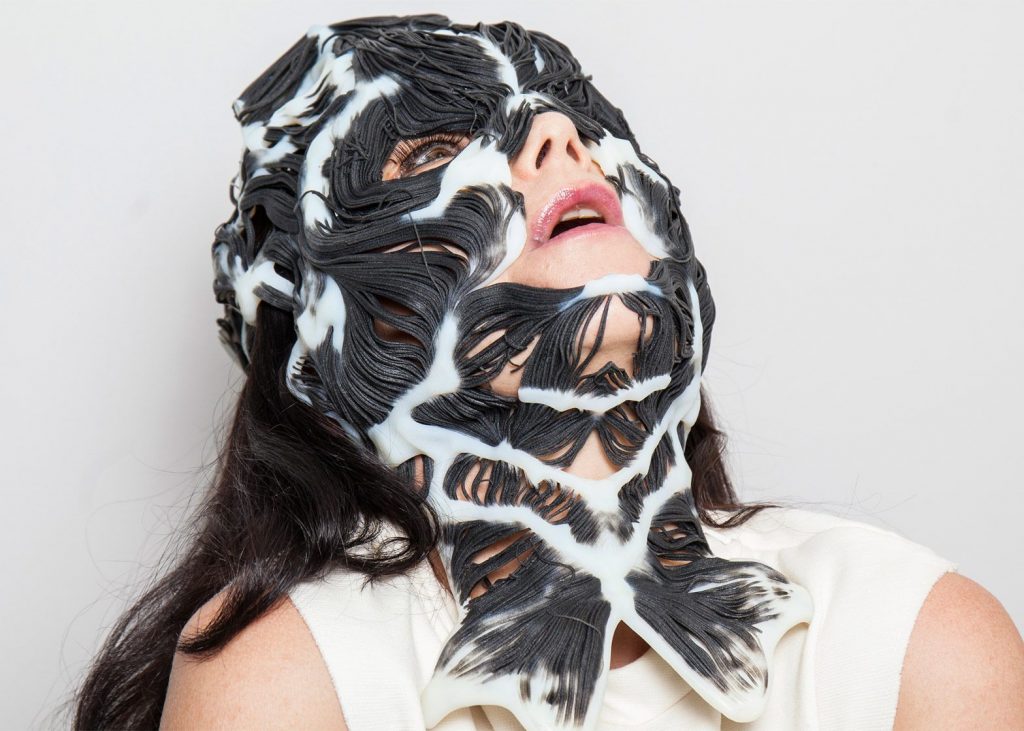 Björk opened her virtual reality performance series wearing Stratasys 3D Printed Mask, designed by Neri Oxman and the Mediated Matter Group. This week saw the opening performance of the Tokyo leg of her ‘BJÖRK DIGITAL’ event series, a new virtual reality project from the musician running from June 29 to July 18, 2016. The pioneering event marks a world first, as the first-ever event to be broadcast live via 360-degree virtual reality streaming. With a clear focus on technological innovation, Björk performed the single ‘Quicksand’ from her latest album to a backdrop of high-resolution images of the earth, along with an impressive sequence of light projections mapped onto the 3D printed mask.

“I am so incredibly blown away by Neri Oxman’s work and excited to finally work with her,” says Björk. “She is a true pioneer in capturing the biological with 3D printing in such a refined and profound way. It’s been a real joy to get to know her!”

Entitled ‘Rottlace’, a variation of the Icelandic term for ‘skinless’, the 3D printed mask reflects the complex human musculoskeletal system, based on Björk’s own facial structure. Using Stratasys multi-material 3D printing, Oxman and Mediated Matter were able to mimic the elaborate combinations of contrasting materials found in the face, such as the soft tissue, muscle and rigid bone structure – all within a single print. According to Oxman, the unique capabilities of this technology to recreate complex geometries with varied material properties allowed the mask to retain a unique flexibility and freedom of movement that would be integral to Björk’s performance.

“Inspired by their biological counterpart and conceived as ‘muscle textiles’, the mask is a bundled, multi-material structure, providing formal and structural integrity, as well as movement to the face and neck,” explains Oxman. She also believes that such developments in high resolution 3D printing will inspire designers to rethink the design and production of textile goods made with fibres. “Multi-material 3D printing enables the production of elaborate combinations of graded properties, distributed over geometrically complex structures within a single object. With Rottlace, we designed the mask as a synthetic ‘whole without parts’.”

“The Rottlace mask was designed for Björk while we are also working with Neri on a larger mask collection for Stratasys, which will debut later this year under the title ‘The New Ancient’,” says Naomi Kaempfer, Creative Director Art Fashion Design at Stratasys. “It’s an honor to see visionaries such as Björk embrace 3D printing for the expression of her art. This technology not only provides the freedom to produce perfect fitting costumes for the film and music industries, but also the inimitable capacity to materialize a unique fantasy to such a precise level of detail and 3D expression.” 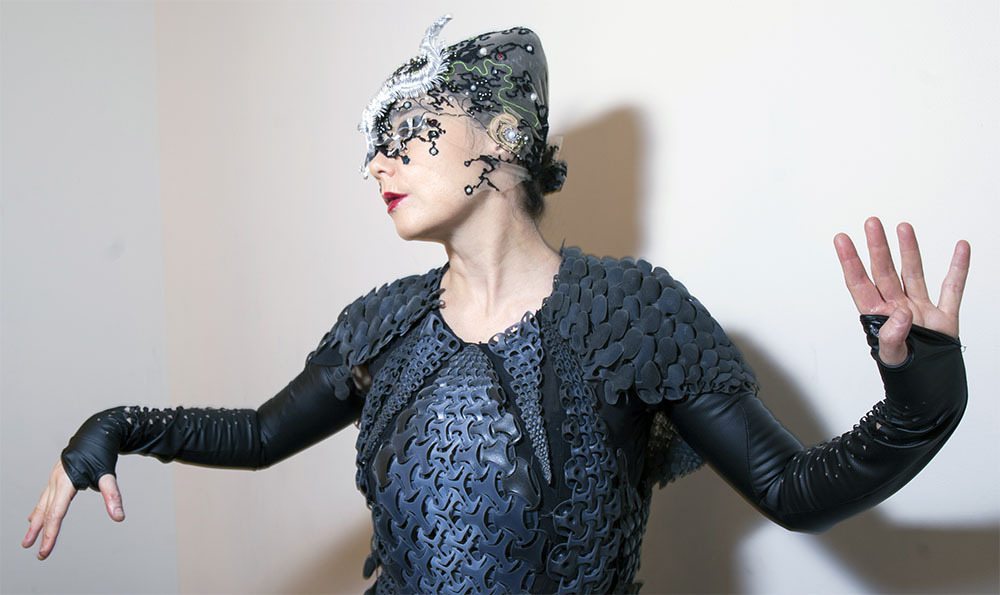