Akinori Goto created this gorgeous 3D printed zoetrope that explores the relationship between time and movement. The design won both the Runner-up Grand Prix and the Audience Award at this year’s Spiral Independent Creators Festival in Tokyo.

This zoetrope was created by modelling people’s walking movements, turning them into a 3D axis and then 3D printing the resulting model. Usually a strobe light is needed to give the illusion of movement, but Akinori uses a thin slice of light to bring the figure to life.

Zoetropes are thought to have been used for over 5000 years, but the basic drum like form of the zoetrope was created in 1833. They are often used for pre-animation in films. 3D model versions have been used for Studio Ghibli projects as well as Toy Story. By looking through the slits in the drum, you can see the animation. The faster the drum spins, the smoother the image. 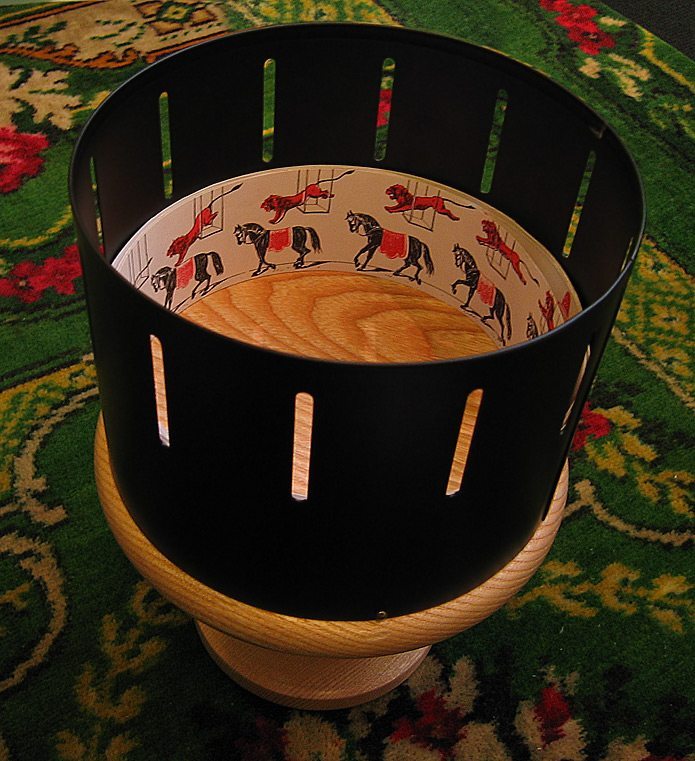 Akinori’s zoetrope brings a whole new level to the concept of the device, and it is 3D printing that has allowed that. The lack of the cylinder means that a strobe light would need to be used to animate the zoetrope, but Akinori has found a way around this. There have been other zoetropes made with 3D printing, but they have required strobe lighting to be effective.

It only animates when under a strobe light, or with the help of a camera with an extremely short shutter speed.

“These are 3-D printed sculptures designed to animate when spun under a strobe light. The placement of the appendages is determined by the same method nature uses in pinecones and sunflowers. The rotation speed is synchronized to the strobe so that one flash occurs every time the sculpture turns 137.5º—the golden angle. If you count the number of spirals on any of these sculptures you will find that they are always Fibonacci numbers.

For this video, rather than using a strobe, the camera was set to a very short shutter speed (1/4000 sec) in order to freeze the spinning sculpture.” says John about his creations.

I could look at both of these 3D printed zoetropes for hours.