DNA Origami poised to be as simple as 3D printing

For most, “origami” conjures associations the Japanese art of folding paper; elusive swans and delicate animals, which require patience and attention to properly master.

However, for a growing group of scientists who specialize in bionanotechnology, “DNA origami” is the niche ability to be able to fold genetic code, creating nanoscopic materials with exciting new properties.

The method effectively works by manipulating the four bases and their pairings. A blueprint is created from two components; one longer DNA strand that houses around 7,000 bases, called the “scaffold”, and a series of shorter strands that are around 30-50 bases long.

If the designer has the technical competency, the structure doesn’t have to be limited to the standard double helix; geometric structures can be achieved by changing the base arrangement or substituting other molecules.

However, the ability to create complicated molecular structures by assembling thousands of base pairs manually by hand isn’t exactly a common skill. The whole process in general is a rather laborious, complex and time-consuming – but one that could have an incredible impact on the future; popularmechanics.com even suggested that nanobots could be created that target cancer cells one day.

So, while it conjures exciting possibilities, the impact of DNA origami has been limited in its scope, and will remain a gleam in the eye of many an eager scientist before it is democratized. 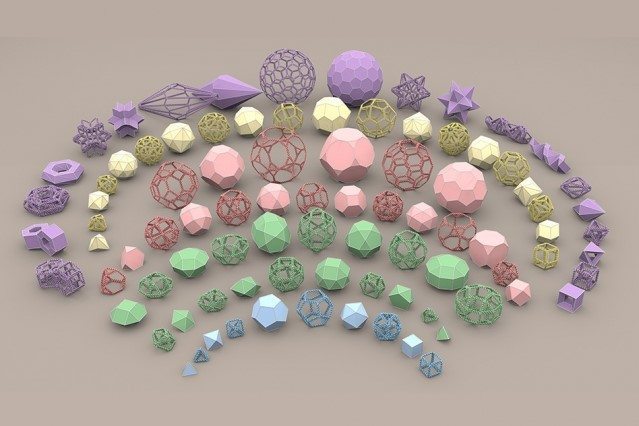 However, a group of researchers from MIT, Arizona State University and Baylor University seem to have done just that. Setting out with the ambition to change this convoluted procedure and to open it up to anyone with a will and a way (and a computer), the specialists have conducted a groundbreaking study that could pave the way for computers to automate the process.

Their findings, published in the journal Science last week, propose that scientists should be able to design the desired molecular shape, and then use an algorithm to allocate the locations for the four bases; A, T, G and C.

“The paper turns the problem around from one in which an expert designs the DNA needed to synthesize the object, to one in which the object itself is the starting point, with the DNA sequences that are needed automatically defined by the algorithm,” said Mark Bathe from MIT in a press release.

According to Bathe and his colleagues, the process would begin with a 3D geometric representation of the desired object, and then a computer would do the leg work on calculating the sequence that would realize the design.

Making DNA origami more accessible to scientists could catalyze its development, and its impact in other sectors that would benefit from this technology.

“Our hope is that this automation significantly broadens participation of others in the use of this powerful molecular design paradigm,” said Bathe.

This could open an exciting new realm in scientific development, and have the kind of explosive impact in a variety of sectors that 3D printing has had in the past few years.