Based on research being done in nano-scale optical imaging at the Nano – CEMMS Center at the University of Illinois in Urbana-Champaign, a low-cost DLP-SLA process has been demonstrated by students using equipment that could typically be found in any school classroom. Using a video projector with a UV output, PowerPoint slides, a threaded rod, and a UV-sensitive monomer, the students have effectively reproduced a form of microstereolithography 3D printing, thus inventively recreating in a lab what could otherwise cost thousands and thousands of dollars. 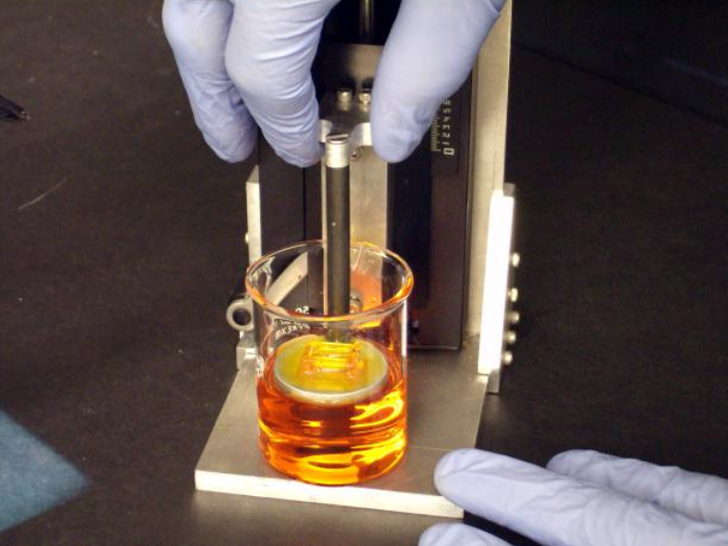 The lab seeks to illustrate the relationships between science and engineering and, in this case, a cost-effective method for digital manufacturing at the micro-scale level. The key to creating 3-dimensional objects here is being able to control and manipulate the polymerization of a light-sensitive monomer resin. Their guide outlines the method:

A photo-reactive mixture of chemicals polymerizes when exposed to ultraviolet light, leaving nearby polymer unreacted. Using PowerPoint and a data projector, one can create different shapes by shining the light of the data projector into a beaker of the photo-reactive polymer. PowerPoint allows black and white cross sections to be designed in a user friendly interface that is available on most computer systems. Adding an ultraviolet absorber prevents the light from penetrating into the polymer more than a fraction of a millimeter. By continually lowering the previous layer of hardened polymer into the beaker, a three-dimensional object is made one cross-sectional layer at a time.

Where the Peachy Printer uses audio waves and a salt water drip, this printer uses slides, a projector, and a threaded rod controlled by a knob. The light from the projector is focused using a magnifying glass and a 45 degree angled mirror. The resin is contained in a beaker that rests on an aluminum disk, as part of an elevator system that controls the level of the object as it gets built, layer by layer. 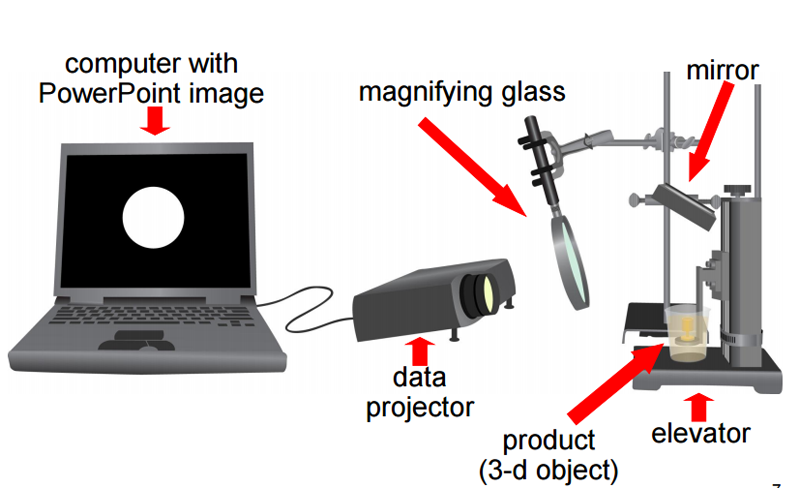 The object is created by intermittently flashing PowerPoint slides sequentially onto the resin, where each slide is a white cross-section (of each layer) on a black background. Interestingly, the resin does not react to red light and, so, to focus the projector onto the surface of the resin, slides with red images are used. Each object is essentially a collection of slides in a PowerPoint presentation! 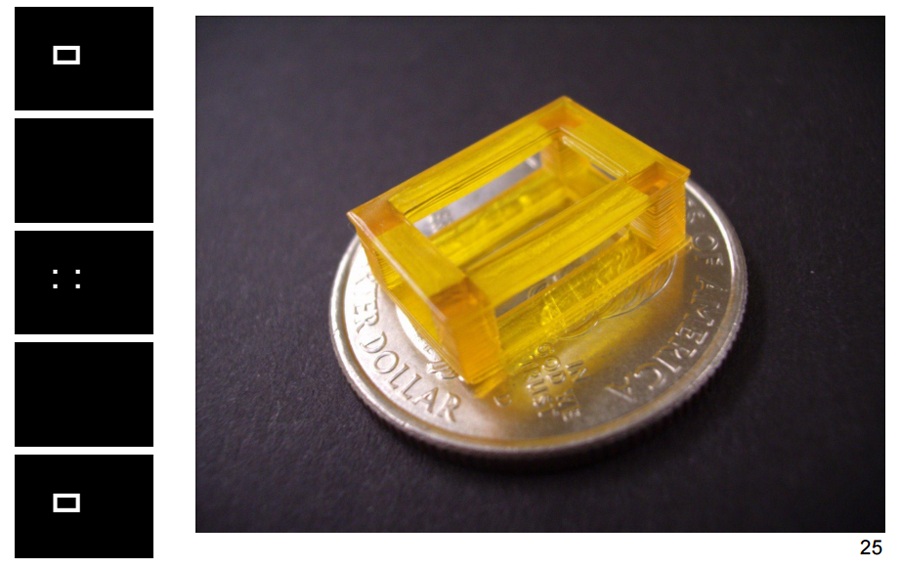 Some of the objects built using this incredibly simple setup include a chess set, the Jefferson Memorial, the Lincoln Memorial, a piano, a ship and even a model of a Nano-CEMMS printer. Having been built at the micro-scale, each object fits snugly on top of a coin. Who knew high-resolution microstereolithography could become just another college experiment! 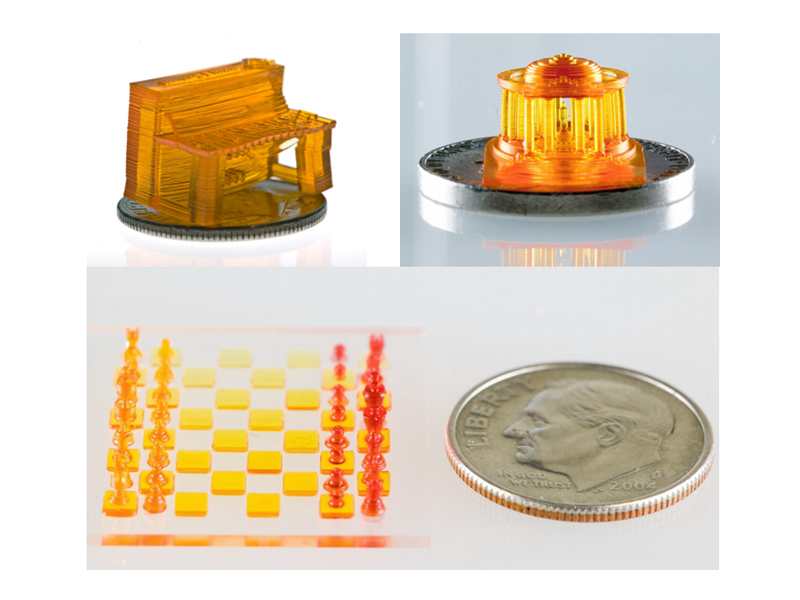 This is yet another example of how far the costs in 3D printing can fall, without having to compromise on print quality or materials. It also goes to show how anybody with a basic understanding of the process can independently go about building a simple DLP-SLA printer for themselves using ordinary and easily available tools. The introduction and the guide are available here if you would like to build your own setup, courtesy Nano-CEMMS, University of Illinois at Urbana-Champaign.