Crowdfunding & The Low-Cost Desktop 3D Printer: A Suicidal Race To The Bottom? (Part 6)

In Part 5, we left Kickstarterwith a problem from the “funding success” of too many YowzaPrinters (see Part 3 for my definition)—but with “yikes!” results, post the funding milestone.

KS has become the primary Crowdfunding system for the low-end, desktop, 3D printers aggressively probing the “bottom” of the product-priceswamp. As a result, too many unseaworthy startups are making too many mistakes in their use of Kickstarter Crowdfunding. And, too many funders are under (regretful, disenchanted and/or opportunity-cost-lost) water—as their goodwill cockleshells have shipped too many disappointments.

Early mega-successes in this KS-driven niche (Printrbot and Formlabs come to mind…with their novelty, price-points and media attention) drove expectations of yet more Kickstarted3DP winners. These successes drew in additional creator/entrants with “the next great Yowza” low-end, desktop 3D printer. But, these later ‘Preneurs were forced to vie for attention in a more and more crowded field. Cost/benefit ratios were warped—via ‘Preneur manufacturing inexperience, wishful thinking and/or borderline deceit. Would-be funders began to anticipate ever-lower prices BUT with ever-more impressive features and functionalities. 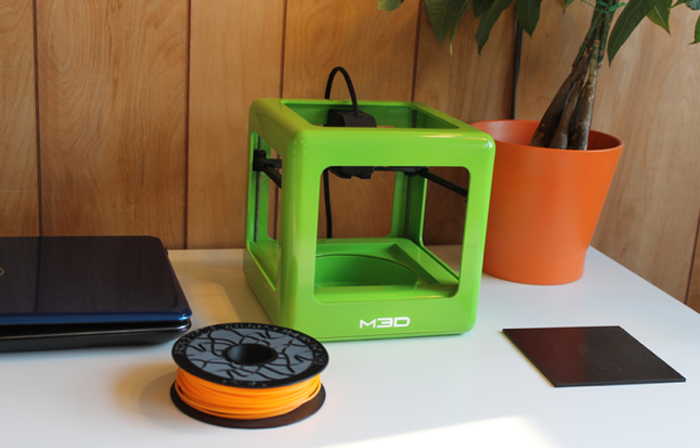 (Hmm: does that seem like an inherent contradiction to you…too…??{See my Part 4 for DUG’s“Line of Viability” chart that projects insolvency in players who insist on racing to the bottom via ever-lower prices for ever-more marketing impact.} If professional VCs, investment bankers, or your local-bank loan-officers are too stringent, it would seem Crowdfunders are often too lenient….judging would-be creators by their own funder wishes NOT their wallets.)

OK: let me suggest a countervailing thought. Over its five-year lifespan, KS’ “success stats”—germane to my last statement above about “wishes NOT wallets”—show that 6.8 million people have Crowdfunded projects on Kickstarter. That’s to the tune of $1.25 billion plus—for 67,395 successfully funded projects. (For a “success rate”—project met or exceeded creator-set funding goal—of 42.4%.)

Clearly, a LOT of funders have found Kickstarter participation to provide more than the simple dollar-value or user-utility of the rewards offered by creators.

To paraphrase Chris Anderson (ex-Editor in Chief of WIRED Magazine, Co-Founder of 3D Robotics {DIY drones!} and author of Makers: The New Industrial Revolution): Crowdfunders—at least in the Kickstarter Ecosystem around creativity—are more like donors to non-profits than VCs to startups. The ROI for many funder’s seems to be more than pure rewards delivered.

Perhaps a large percentage of funders REALLY are Crowdfunding 3DP projects for the returns on belonging to a community of innovators and patrons in the hottest topic in tech—and for the receipt (eventually) of the latest (??) in desktop 3D printers. (On its Web site, KS continually talks about its Ecosystem’s communities—and their importance and value to all participants.)

Of course, if the young company then goes out of business, the printer is an orphan—and, sooner than later, a proverbial doorstop. Thus the “donor”designation—and mindset—for funders in our niche may be apt.

If Crowdfunding is closer to altruism (at one extreme) or a game (at another) as opposed to a business proposition, then the occasional creator gaming the Crowdfunding system is not a deal-breaker. (I suspect that Kickstarter ignores much of this “gaming” because the funder’s dollars at risk are too few per individual to invest the effort to retrieve them.) In fact, that gaming-the-system possibility might just add to the enjoyment of participation in a “community.” (That said, some comment strings in problematic projects could be mistaken for group-therapy gatherings, lemon sessions or even litigation-focused lynch mobs!)

This last is especially crucial when the creators’ business circumstances rapidly evolve—inevitably?—with the evolution of their young businesses. In scaling learning curves, successful ‘Preneurs encounter—and generally overcome—every means to stumble, slip and spill… This statement could characterize most startups, NOT just the Crowdfunded.

Some funded ‘Preneurs celebrate the achievement of their funding goal with an End-Zone Dance—as if that were “THE big moment.” Often these same players are not psychologically, technically and/or commercially prepared to successfully traverse the extended series of milestones that loom ahead of their startups post funding. AND, that’s just to deliver on their promises to funders—let alone building a successful company after their exit from the Crowdfunding Ecosystem.

The comment string following my Part 4 is particularly rich—including two suggestions that we look at exactly this latter story: the 3DP startup life AFTER Crowdfunding.

This would probably be an avenue of interest for a number of different communities—most of whom have a vested interest in startups. The commonalities of curiosity are piqued because the necessary milestones of business-building just keep aligning toward the future. These milestones are pretty much standard across different industry niches. And, smart business people are continually seeking out applicable business how-to from the marketplace.

For Crowdfunders, these commonalities of entrepreneurial biz practice commence with an atypical one. That is:the added challenge to the Kickstarted startup in segueing from the (usually) warm embrace of a (donor-like) funder community to the steely distance of arms-length customers.

We can define customers as the dispassionate folks who only enter into a business transaction to obtain a successful product or service. The sturm und drang of the company’s Crowdfunding nativity is of no interest to these ordinary consumers. They’re expecting—rightly—typical and transparent business modes. These include offer-matches-marketing, delivery-schedule adherence and easily available and competent customer service and tech support.

In the KS laissez faire system, key strategic decisions are left to the creators. In particular, delivery milestones are established by the ‘Preneurs themselves. As I’ve opined earlier in this series, creator missteps—such as serial delays in delivery—could lead to the collateral damage to Kickstarter’s OWN goodwill with funders (for more depth here, see my Part 4). 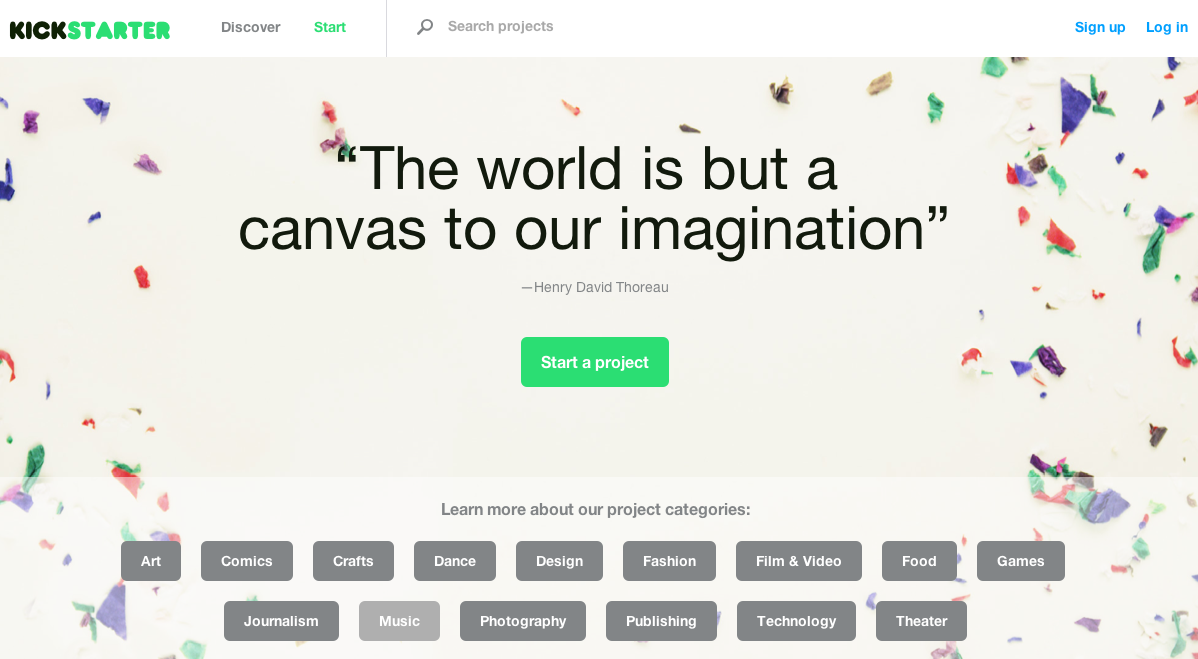 I suspect KS is probably facing considerable pressure from funders in our niche to police the more flagrant rules-and-norms flaunters more closely. Kickstarter is the only entity that can accomplish that laudable goal. Certainly—if project comment strings and our 3DPI article comments (here and elsewhere) and direct emails to our Editor are any indication—project communities seem to possess too little leverage with undisciplined creators in direct efforts at redress.

As an (partial) answer to this point—of who has responsibility for what in ultimate completion of a project in the KS Ecosystem—Kickstarter says this on its Web site. (Curiously, you’ll have to find this statement in the FAQs of the Pressroom; hmm, may I suggest, KS, that you give this statement more prominence??):

“Kickstarter does not guarantee projects or investigate a creator’s ability to complete their project. On Kickstarter, backers ultimately decide the validity and worthiness of a project by whether they decide to fund it.”

And, if POST-funding problems arise…??

Kickstarter—an aggressively online-mostly company, remember—has larded its Web site with many different pages and sections to guide its prospective and present creators.

Here is a (semi-comprehensive) listing (with links for the seriously inquisitive students of Crowdfunding, KS-style):

“Seven things to know about Kickstarter.”

If you see something, say something.

KS is a platform with Our Rules for projects:

(2)  Projects must be honest and clearly presented.

Stay current (and mining past history for ideas & caveats) via the KS Blog.Tips.

“Running a project has never been easier. Take the tour.”  (Eight steps; scroll halfway down the Start Page {in the Main Nav Bar}.)

Kickstarter“Project Helpers” for personal interaction between KS and creators: generally—from what I can learn—creators are assigned a single contact for their exchanges with Kickstarter. Still, discerning anything official about that service to creators is (so far) impossible on the KS Site. If you’re a reader with info on that Kickstarter support function, kindly comment on this Part 6…and tell us all something first-hand and useful about the process.

Kickstarter has now interacted closely with ‘Preneur teams working 168,230 projects over five years. As a result, the company is in possession of priceless business perspectives on startups—and their evolution—across a broad spectrum of creative disciplines.

Do your startup world a favor, KS. Strengthen your emotional ROI with funders by assuring better results for more creators. Found an online “Preneurs Academy.” And—there—present what you’ve learned for the betterment of ALL founder/creators going forward. (Hey, Kickstarter, what better marketing tool could you possibly devise to build goodwill worldwide…?!?!)