The companies I visited during my trip through the Netherlands showed me the possible paths 3D printing may develop along in the future: consumer 3D printing and 3D bioprinting. These are real possibilities and they begin now, but the fulfilment of their promises of distributed, personal manufacturing and artificial organs are still some years away. In Lichtenfels, Germany, at Concept Laser, I once again got to see what is going on in the present with some industrial metal 3D printing. And it is huge.

Before my visit to Concept’s Laser’s HQ facility in Lichtenfels, a small town about two hours east of Frankfurt, I must now admit that I did not fully comprehend the entire scope of metal 3D printing industrial applications. This company, which was among the first to implement Selective Laser Melting (SLM) technology, which it named LaserCUSING (a combination of the C from Concept Laser and the word FUSING), can today be considered one to the leaders in metal 3D printing. Its yearly revenues have been growing 30% to 40% year on year and are now close to €40 million with nearly 100 industrial 3D printers sold this past year. 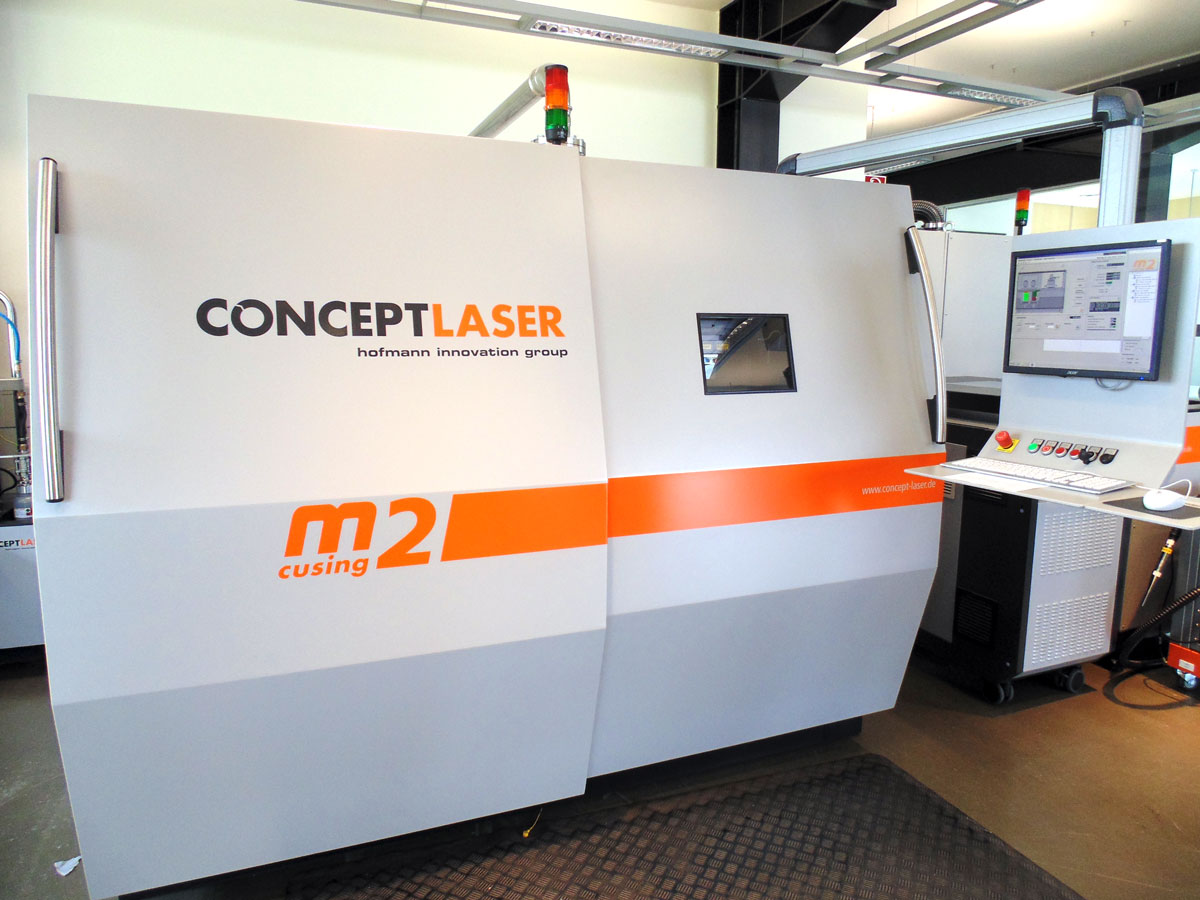 These are machines that cost between €150.000 and €1.5 million. They start from the Mlab cusing, roughly as large as a home refrigerator, go through the M1 cusing for small and medium parts and the M2 cusing (for safe processing of reactive materials), all the way up to the gigantic X line 1000R model, which is as large as a small house and has recently set a record for the largest laser melted component 3D printed as a single piece. The company is already taking orders for 2015 and is forecasting another year with at least 30% growth, which means between 120 and 130 systems will be sold in the upcoming 12 months.

To feed this booming demand, Concept Laser – which is part of the larger Hofmann Innovation Group – is opening a sister company in the US. This will complement the existing office in China and the company also has distribution partners in most leading industrialized nations, including the UK, Italy and South Korea, and a product development facility in the Czech Republic, along with one man commercial offices in Turkey and throughout Asia. The company, which was founded in 2000, now has more than 80 employees and around 300 machines installed throughout the world, working within some of the world’s top companies in the automotive, jewellery, aerospace, consumer electronics and moulding fields.

This expanding commercial network means even higher demand, which brought Concept Laser to build a new assembly facility, almost as wide as two football fields, that will cover the entire machine’s production cycle. Mr Herzog, the engineering scientist that invented the laser melting technology for LaserCUSING in the early 90’s, and founded Concept Laser, took me around in a fully electric BMW i3 (as with many 3D printing companies, Concept Laser also prioritizes environmental sustainability through internal policies) to show me the premises.

“The growth has been fantastic – Mr Herzog told me – but we want to grow organically. That means we need to hire a lot of new personnel and they need to be trained to develop an expertise, so that we are able to produce machines in very high numbers without sacrificing quality. It does take a lot of time and effort to integrate new people.” 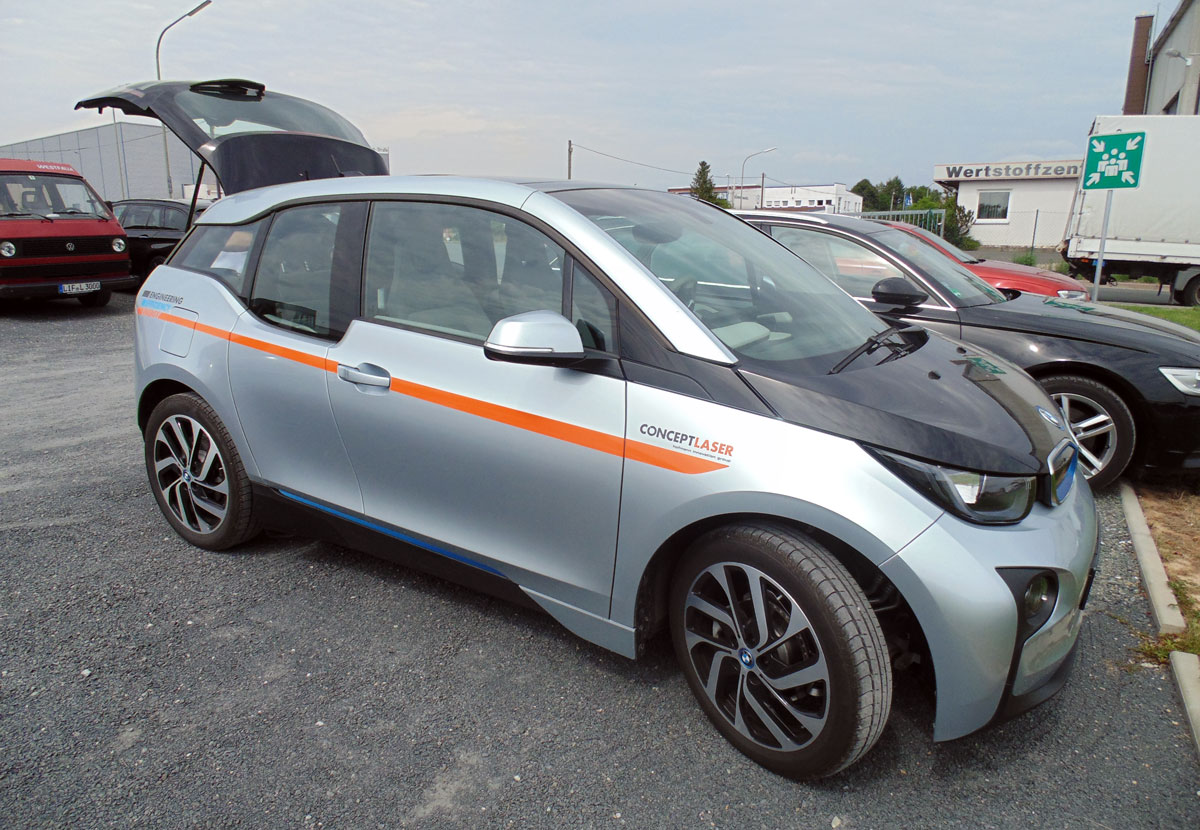 Concept Laser planned ahead and has been developing an efficient training system since 2008. The research and development department collaborates with over 30 top technological universities worldwide and engineering students get to work on their final projects or on their PhD’s at Concept Laser. “This way – Mr Herzog explains – when they are integrated into the staff they are already familiar with the company and we are already familiar with them.”

“My own background is in engineering – Mr Herzog continues – and I understand that when you are an engineer you want to be at the forefront of innovation, you want to see the future. For many of them, Concept Laser is exactly the place where they want to be because they get to work on top projects in advanced sectors such as the medical, tooling and aerospace industries.”

The future looks as bright as ever, with plenty of innovations on the way, from multiple lasers to an ever growing range of compatible materials. The main challenge at this moment is keeping up with demand but Mr Herzog already has a clear idea of the direction further evolutions will take.

“Increased productivity for tooling is one – says Mr Herzog – though I don’t think that will be an issue for a few more years as our additive machines already produce at a very high rate compared to traditional technologies”. Faster productivity will be achieved through more advanced laser systems, though it will be just a matter of implementing new laser technologies into Concept Laser’s systems.

“When Concept Laser started there was only one type of laser on the market,” Mr Herzog remembers. “Now there are so many to choose from, all the way up to 2 kW. The development in the laser market is so dynamic that for us it is just a matter of integrating. It does however require a lot of time and research to adjust all the machine’s parameters and there simply is not enough demand for faster speeds at this point.”

The other big issue Concept Laser is facing – as with all 3D printing companies – relates to materials development. Here the possibilities for the future are endless but right now, limitations are a reality. “We currently have around 20 materials we can work with but there could be so many more and we could even develop our own alloys.” SLM technology has less restrictions than SLS on the type of materials that can be employed, even gold. “We have already 3D printed successfully with precious metals”, Mr Herzog confirms. High grade, hot-work, stainless steel; titanium, aluminium, nickel-based, cobalt-chromium and bronze alloys, along with pure titanium will suffice for the time being.

My impression is that Concept Laser’s history is not so different from that of the other smaller companies I visited, only on an entirely different scale. It all began with one person’s creative vision and exploded into a vortex of high demand and booming growth. Just like all other 3D printing companies the company’s priorities are quality, sustainability and continuous technological discovery and advancement. If Concept Laser is the present of 3D printing, the future is looking as bright as ever.